Previously on Baxter Building: Steve Englehart took over the Fantastic Four and immediately broke it, by writing Reed and Sue out the book forever and replacing them with Crystal and Sharon Ventura, who turned into a Thing pretty sharpish. And then Crystal got written out during an annual, which must’ve sucked for anyone not picking those up at the time. With only three members left, how can Englehart keep calling the book Fantastic Four? Does he have a plan, and if so, will editors let him carry it out? The answer to at least one of those questions, dear Whatnauts, turns out to be “No…” 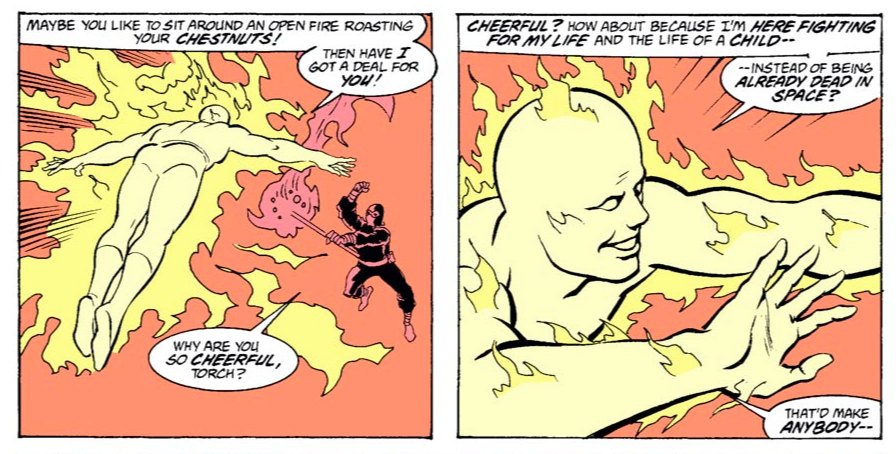 0:00:00-0:04:30: The final Baxter Building of 2017 opens with us looking ahead to the final Steve Englehart issues of the series and the pseudonyms that await us there — as well as a brief mention of the professionalism of a man who’s to happy with his job but won’t quit nonetheless. 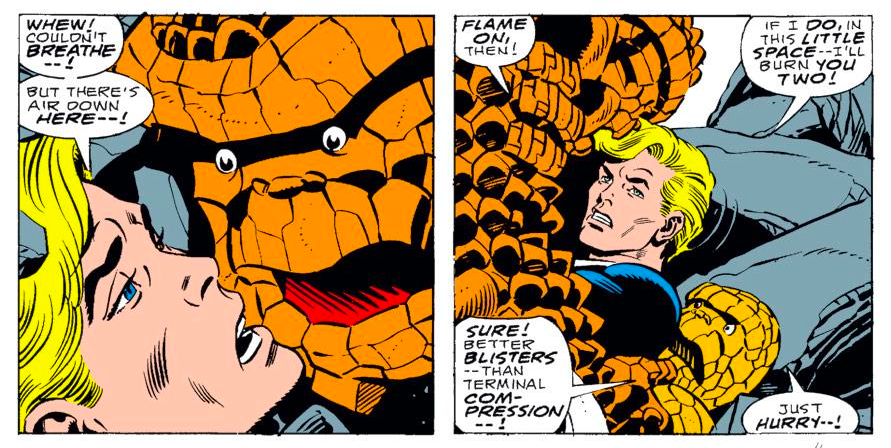 0:04:31:-0:23:55: Before we get to the fake names, though, we have to deal with that most X-Men of crossovers, Inferno! A three-part crossover of sorts starts in Fantastic Four #322, but don’t expect any explanation of what’s actually happening in the story, because Steve Englehart doesn’t get around to that, although he does feature a bicycle chasing Ben Grimm and a mailbox trying to eat someone’s hand, because… why not? Meanwhile, we discuss Englehart’s use of both magical thinking and self-empowerment, and how the latter differs from the traditional Marvel paradigm, and also get into how gravity doesn’t work. It’s a whole thing.

0:23:56-0:43:49: FF #323 keeps up the Inferno, even though the group leaves New York behind altogether, thanks to the sudden appearances of Kang and Mantis, who Jeff correctly identifies as being “kinda super-problematic.” Before we give Jeff too much credit, though, we should maybe ask him what it means to raise children in “plant-ly ways,” which is also under discussion here, as well as Johnny Storm’s first use of a car metaphor in the entire series. He’s growing up so fast!

0:43:50-0:59:39: Fantastic Four #324 features what I call “the stupidest leap of logic ever,” as we talk about the way in which a Fantastic Four without Reed Richards is actually made up of idiots, why newfound villain Necrodamus is both amazingly shit and also George Harrison, and Johnny is revealed to be the arguably the most gullible superhero of all. All this, and the most Doctor Who sound effect in all of comics! 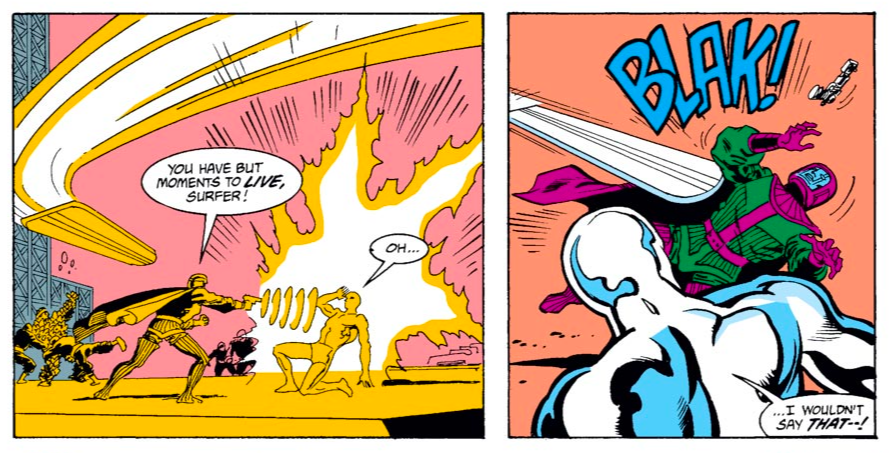 0:59:40-1:14:38: As timing would have it, FF#325 is called “A Christmas Tale,” prompting me to go on a rant about the apparent misunderstanding Steve Englehart has about what Christmas is all about. For those already sick of festivity, there are also plant ninjas, Rich Buckler pulling out the John Buscema swipes whenever possible, Jeff voicing his dislike for the Ms. Marvel costume Sharon wears. For those wondering if Johnny Storm could seem more clueless, don’t worry, we also cover that, and the way in which it’s fairly obvious that this was the truncation of a storyline that was seemingly intended to go on for awhile. You can tell that Jeff is really having fun by the fact that he sighs “Oh God” at one point. But don’t we all feel like that?

1:14:39-1:29:59: John Harkness — really Steve Englehart under a fake name, but let’s not talk about that — takes over as writer with Fantastic Four #326, but because he writes a great Reed Richards — who is kind and respectful to his friends even though he still knows better than everyone else (and doesn’t like Sue thinking otherwise) — we let that pass without too much comment. Elsewhere, Jeff suggests a Secret Wars read through, which I’m sure we’ve already done, I underscore some great foreshadowing when it comes to the world of personal computing in the Marvel Universe, and the Thing gets turned back into Ben Grimm (because of course he does) as a result of the return of the Frightful Four, who come with a Traveling Wilburys song in their hearts. (No, really.) 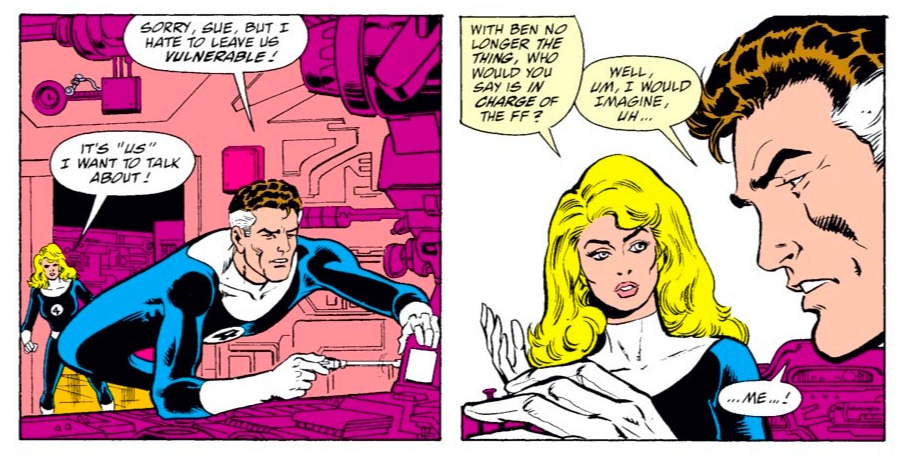 1:30:00-1:45:37: FF #327 is a big dumb fight issue, but it kind of works, somehow? As Jeff puts it, there’s “a high degree of competence” on show here, which frees us up to talk about the Frightful Four as an avatar of the early (and arguably pre-great) days of Lee and Kirby, which might be an intentional move on Steve Engleart’s part, and a tease of things to come. I also suggest that this issue might have been when I think he decided to quit the book, and ask the question, is Ben the most interesting character in this entire series
1:45:38-end: We wrap things up by promising the end of the Englehart era next episode (That’s Fantastic Four #s 328-333, for those reading along), and reminding everyone about our Twitter, Tumblr and Patreon accounts. Thanks for all those who waited patiently for the shownotes — blame the holidays for the delay — and for reading along, as always. We’ll be back with a regular Wait, What? in two weeks. Happy Remainder of the Holidays!

4 comments on “Baxter Building Ep. 36: “Note the Planets In The Funhouse Sky!””