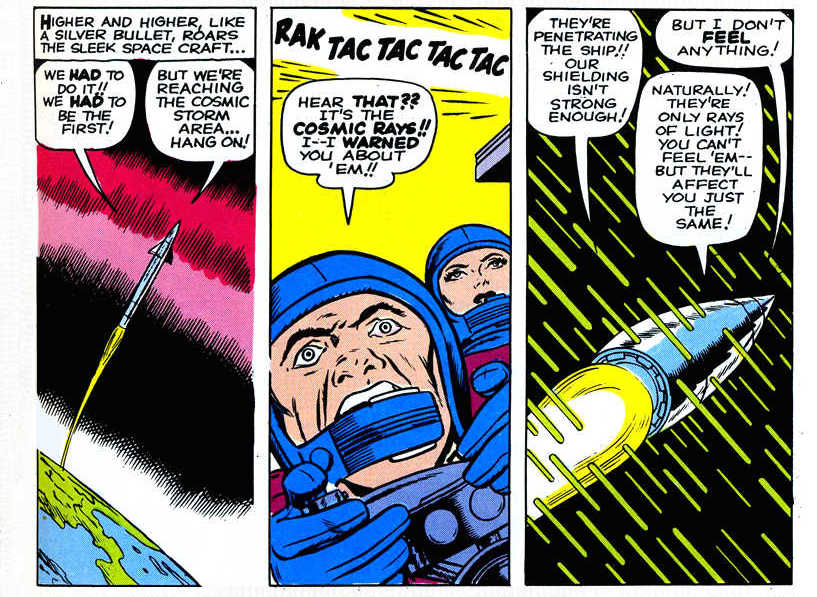 Oh, dear Whatnauts — we warned you about this, too. Starting January 19 (or so current plans would suggest), we’re going to be doing three episodes a month, with the third* being a dedicated Fantastic Four readthrough, from the very first issue from 1961 through the final issue of the series’ original run, 1996’s #416. It’ll be like the Avengers readthrough from last year, except it won’t be an afterthought at the end of regular episodes, and we’ll be going further than just three hundred issues.

We’ll also not be doing a set number of issues every month, for a couple of reasons. Firstly, there are going to be times when we’ll just read through a bunch because there’s not much to say about them (Hello, a chunk of the series in the 1970s!), and secondly, there’re also going to be times when we have too much to say about a small number… like our first episode, which will take in the first twelve issues of the series.

For those who want to read along: please do! It’ll be like a book club where two people dominate the conversation except in the comments (You’ll all leave comments, I hope). You’ve got just under two weeks to read twelve issues. We’ll see you back here Jan. 19 to talk about them. And, I mean, hopefully before then for the “regular” episode that we’ll be going live January 12, and also the written posts between now and then, as well…