Previously on Drokk!: The mega-epic “Oz” changed Judge Dredd forever by bringing about an end to the John Wagner/Alan Grant writing partnership on the strip, and setting up a brave new world where Dredd really dislikes a guy called Jug Mackenzie. I mean, that last bit at least feels very realistic. 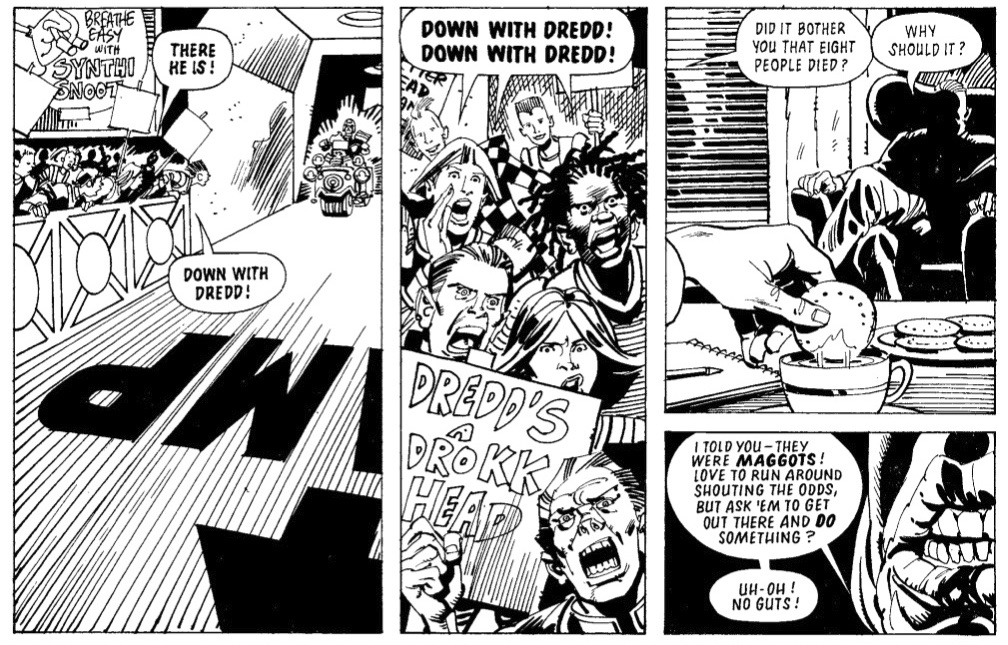 0:02:17-0:25:07: It’s a strange volume, and that makes for a strange episode, to be honest; we start by talking about the ways in which the stories in this episode aren’t what we might have expected, judging by the evolution of the strip, which includes Jeff calling this volume Will Elder instead of Will Eisner; I bring up what I see as John Wagner’s new direction for the series, debuting in this volume — with Dredd getting older and starting to have doubts in himself, if not the entire system — and we get to talking about whether or not that feels out of character, before talking about the difference between John Wagner’s stories and Alan Grant’s stories, as seen here. 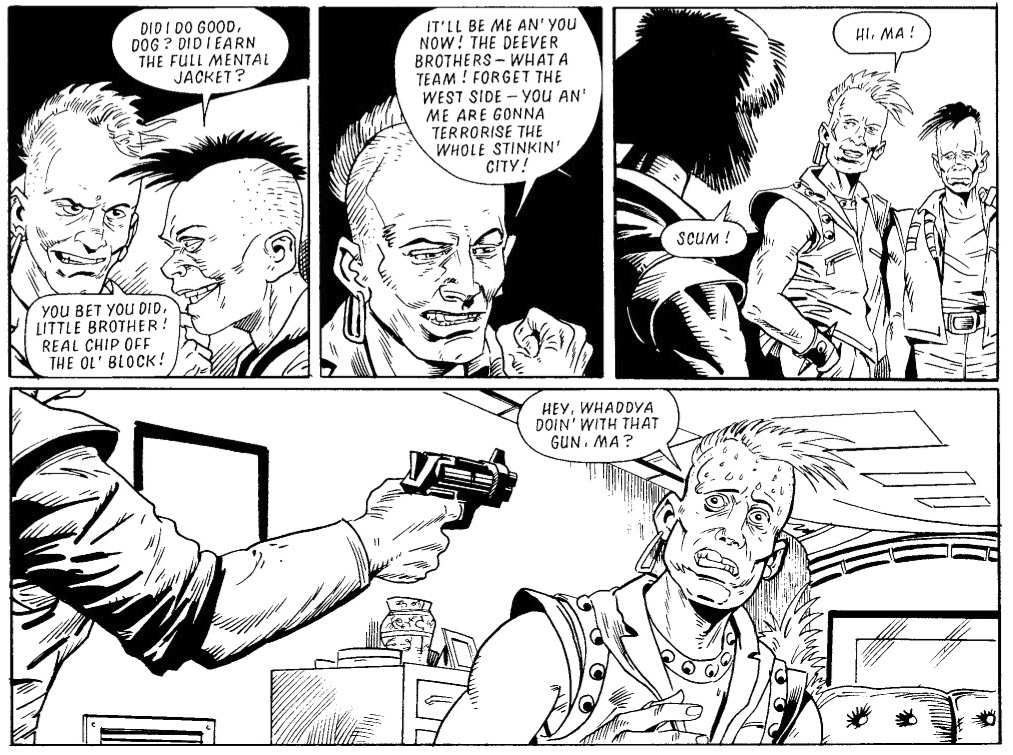 0:25:08-0:31:19: Is there a theme of writing about mental illness in this volume? We talk about the possibility, as well as couching the discussion in the fact that it would be mental illness as viewed through the same lens as the way the strip at this point deals with race — which is to say, very clumsily and embarrassingly indeed.

0:31:20-0:43:09: Returning to the subject of the disappointment of the volume as a whole — Jeff describes it as “an exercise in delayed gratification,” which is fitting — there’s a suggestion that one running theme is that of chaos, which shows itself both in the narratives themselves and the ways in which Wagner and Grant structure the series. We talk about their individual approaches to writing, and suggest that Wagner is the more ambitious, and darker, writer at least on the evidence of this volume, and touch on the evolution that is demonstrated in this mostly stationary book.

0:43:10-1:06:42: Are Wagner and Grant writing Dredd differently because they see their own longterm prospects as writers differently? We start going into more details about individual stories — “The Sage,” which has amazing Glenn Fabry artwork, as well as “Bat-Mugger” — before distracting ourselves again, as is our wont, with bigger picture stuff, like whether or not there are intentional echoes of earlier material as evolution or simply retreads of greatest hits? Jeff also has a good point about the realistic pace of Dredd’s evolution as a character. 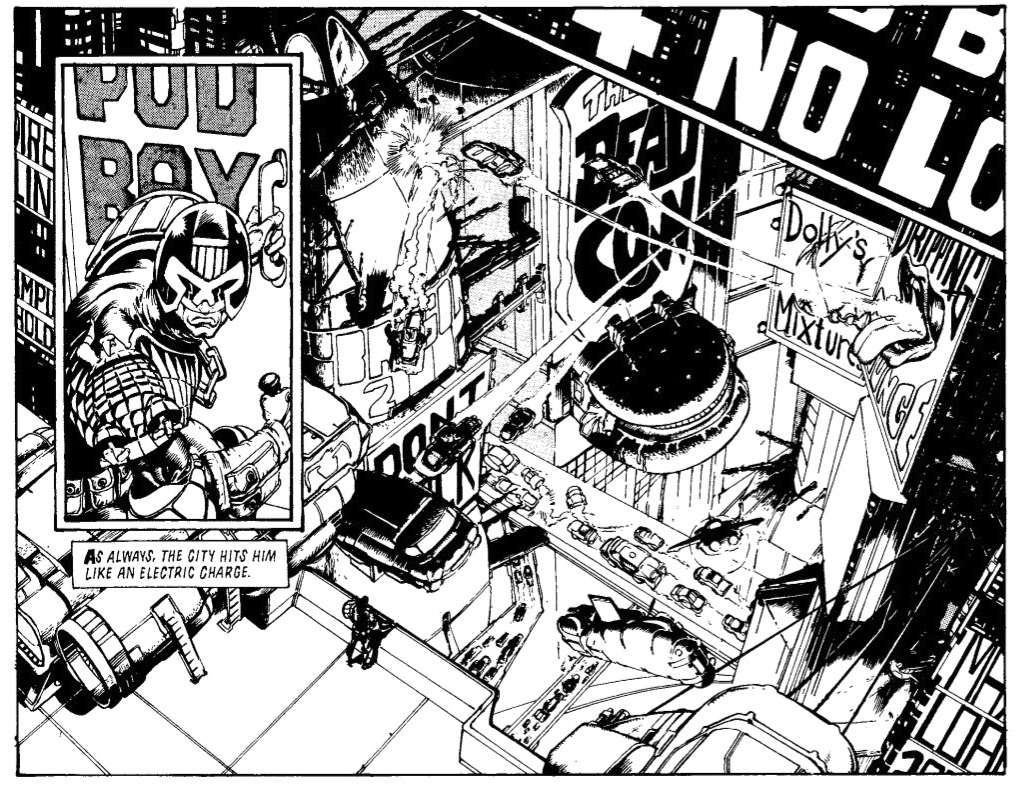 1:18:38-1:38:41: What are our top 3 stories in the volume? We each list our choices — “Hitman,” “Bloodline” and either “Full Mental Jacket” or “Twister” for me, while Jeff goes for “Hitman,” the “Night at the Circus” and “Night at the Opera” twofer, and “Crazy Barry, Little Mo” — before talking about “Hitman” some more, especially how much we both love to see Dredd in hospital and how great Jim Baikie’s art is, and then asking whether or not “Crazy Barry, Little Mo” is intended as a sign of just how bad things are in Mega-City One and whether they’re about to get worse. Also discussed: Just how much we dislike the “Coming Soon” teases that have snuck into the strip during this era. 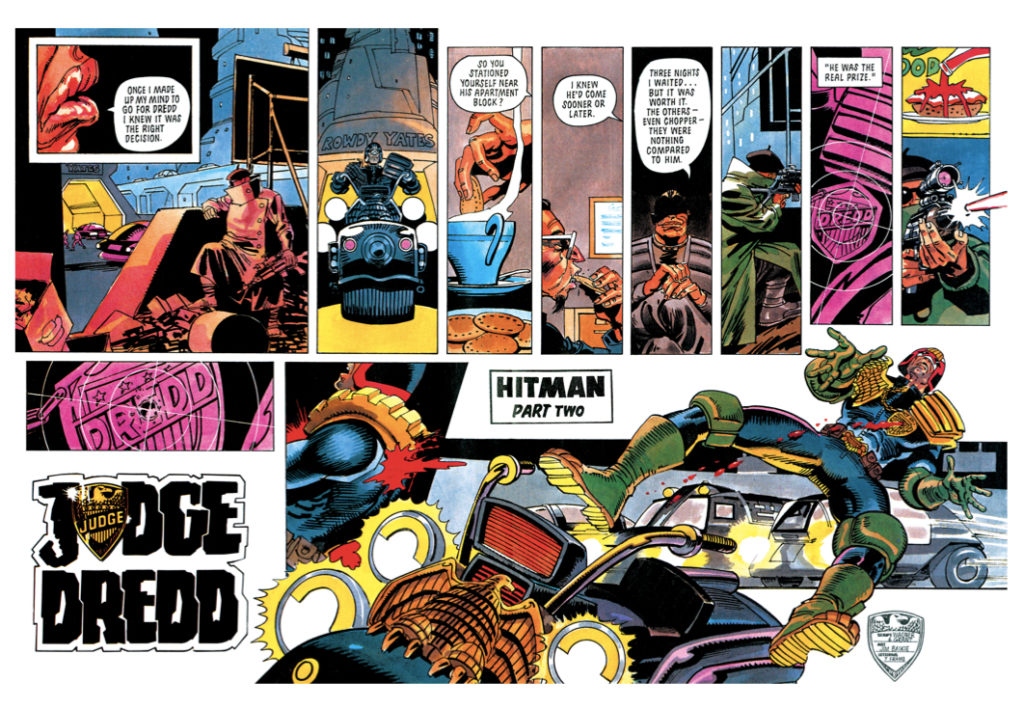 1:38:42-1:53:21: Where does this volume fall in the grand scheme of Dredd to date? Jeff’s not too impressed, and if I’m more kind, it might be because I know what’s lying in wait in the upcoming volumes. We pivot from there to talk about the art in these stories and the European influence on show (to various degrees of obviousness, depending on the individual artists; I see you, Liam Sharp), as well as what Jeff is expecting — or, at least, hoping for — from future volumes, which includes at least one kind of spoiler of what’s to come in the very short term (like, two episodes from now). 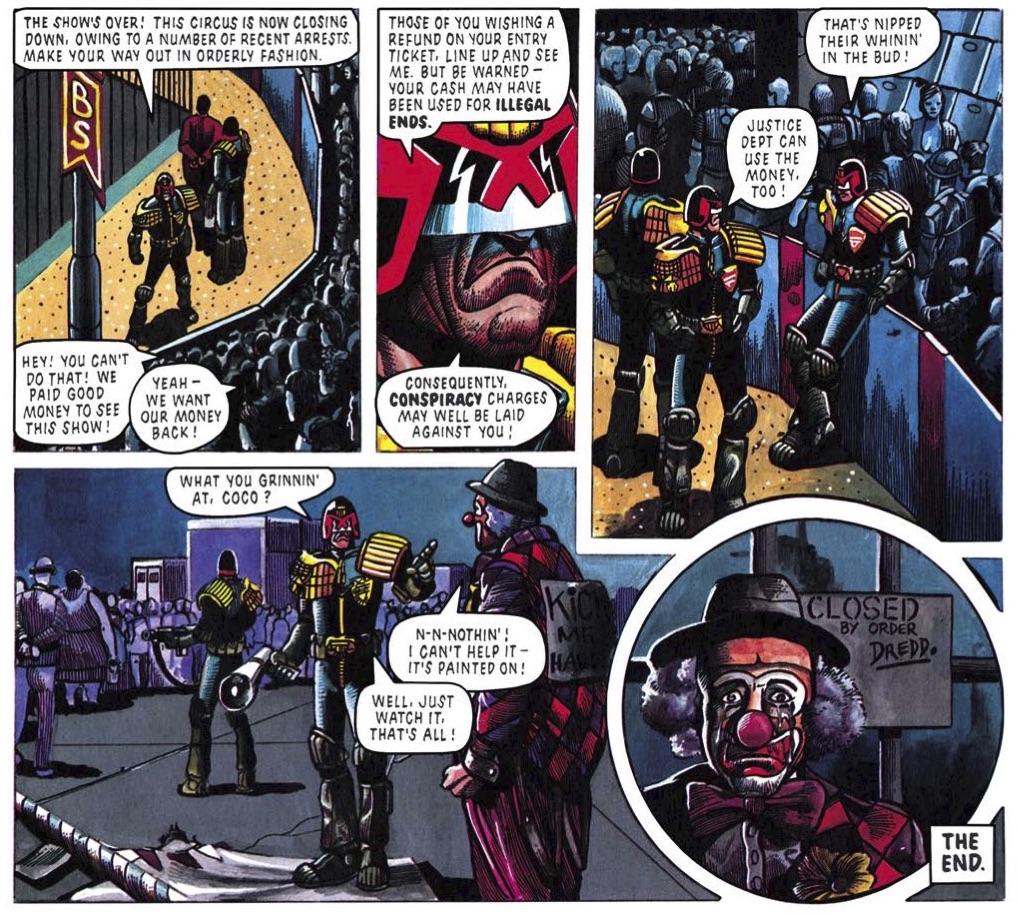 1:53:22-end: Before we get there, though, we have to wrap things up with the traditional mentions of our Tumblr, Twitter, Instagram and Patreon, and tell you all that we’ll be back in a month for Complete Case Files Vol. 13. Until then, as always, thank you for reading and listening along.