Previously on Drokk!: We’ve just finished “Necropolis,” in which John Wagner regained the mojo temporarily lost when he and Alan Grant ended their writing partnership — which makes it the perfect time to go back and revisit that partnership one more time*, don’t you think?

0:00:00-0:02:21: In which I use the cold open Jeff really didn’t think I would, and we introduce the book we’re reading this episode: Judge Dredd: The Restricted Files Vol. 2, which collects Dredd shorts from various special issues and annuals published between 1985 and 1989. It’s a mixed bag, but not a bad one, especially if you stop reading before the end. 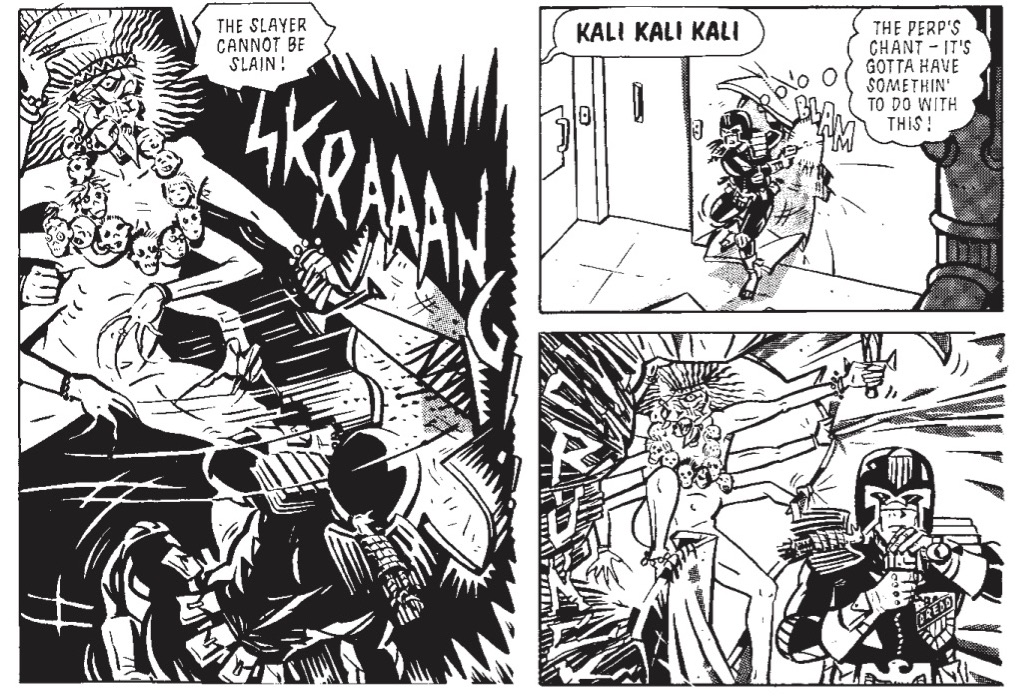 0:02:22-0:16:43: In fact, the drop-off in quality is something we discuss relatively early on, bringing up two stories in particular that disappointed, both of which are written by Grant and Wagner separately, as opposed to collaboratively. But the collaborative stuff, we decide, is the comic book equivalent of comfort food, which leads to a brief discussion of the joy of the Wagner/Grant team. 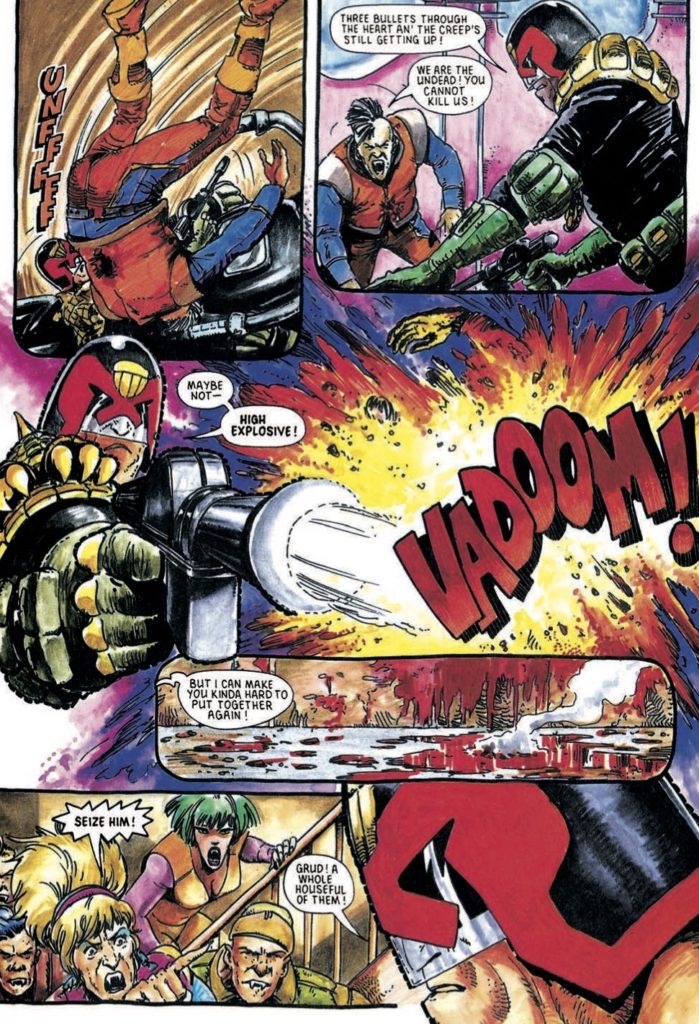 0:16:44-0:24:38: By way of comparing the strengths of the Wagner/Grant team and their solo work in this book, we talk about one of our favorite stories in this collection, “Costa Del Blood,” and the ways in which it just… works, despite all these tricky things that should be hard to pull off properly: Comedy! Pop culture references! Metatextuality! And yet, it looks effortless — but perhaps that’s the amazing Carlos Ezquerra artwork fooling us. Not so good? That would be “Confessions of an Anarchist Flea,” for reasons we briefly go into. 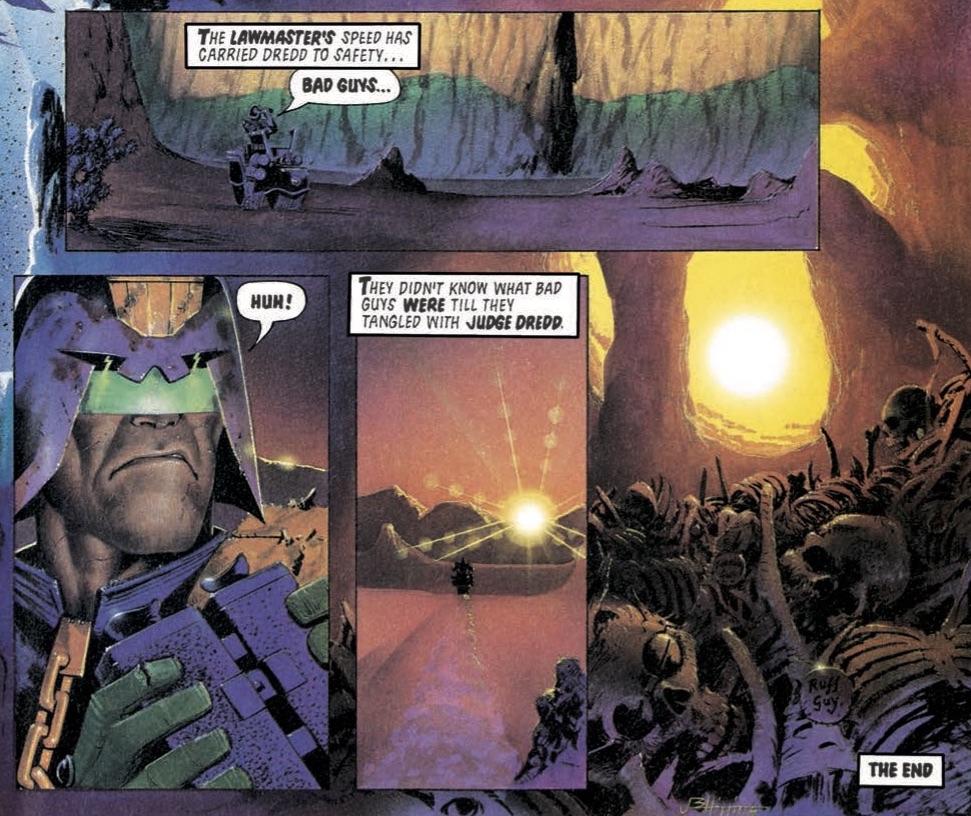 0:24:39-0:58:24: What are our favorite stories from the book? Those would be “Costa Del Blood,” and, for Jeff, “Beyond the Wall” and “Last of the Bad Guys.” For me, I add “Crazy R Raiders” and “I, Beast.” We talk about all five, as well as a host of other topics — how well Wagner and Grant use the format and real estate of these stories, the way they recycle ideas even within the stories just in this volume (Hi, “Macho” men), and the purpose of the stories reprinted in this book, versus the regular Dredds in the weekly. Jeff wonders if these are stories intended to spotlight artists, and we take a short detour into the concept of breaking Dredd as a comic strip, and just how possible that actually is. Look, it’s half an hour of conversation; we have a lot to talk about. 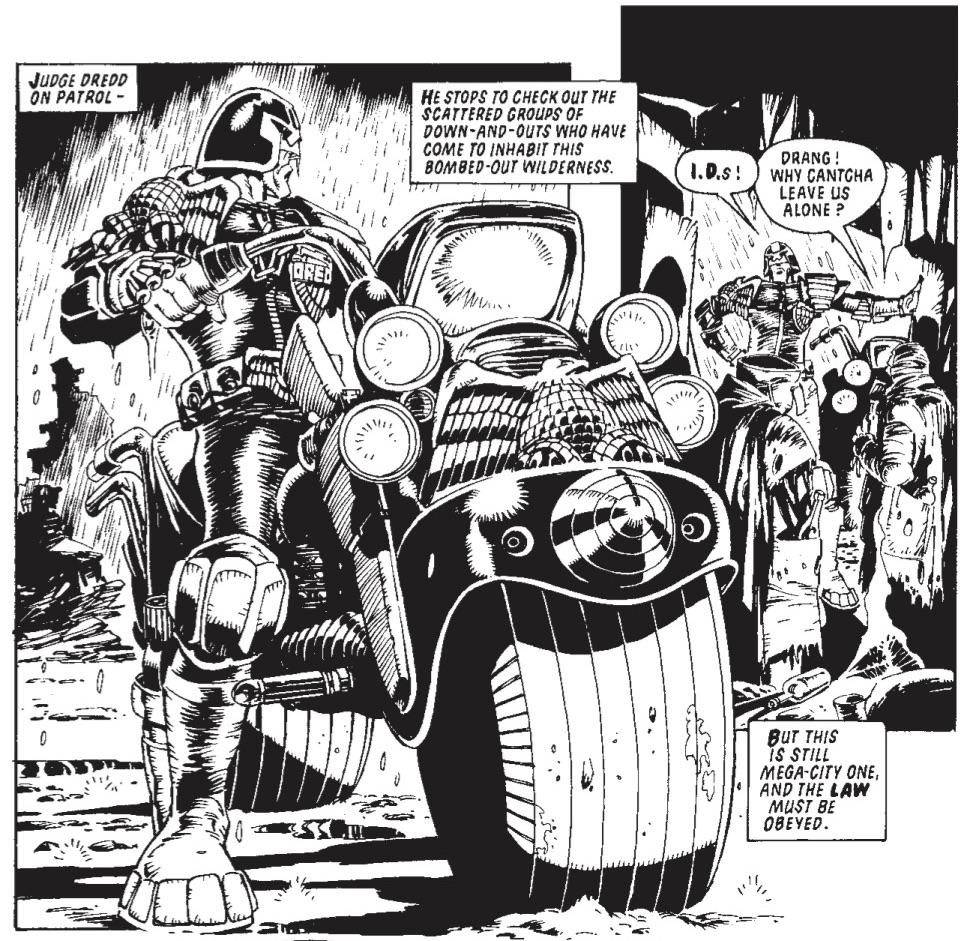 0:58:25-1:04:04: There’s a lot to love about Restricted 2, despite our reservations, and we talk about the fact that it’s an embarrassment of riches in terms of both writing and art, and Jeff brings up a strange piece of Dredd ephemera with relation to the Wagner/Grant split and how it plays out in two separate stories here.

1:04:05-1:23:18: Having spent so long talking about what’s good, it’s clearly time to head into the worst stories, and we find agreement on the subject. Jeff’s not down with John Wagner not exposing his knowledge of Dungeons and Dragons, I’m embarrassed for Alan Grant’s musical references in “Headbangers,” and we’re both shocked by how bad the debut of the son of a psychopathic rodent can actually be. We also find a short while to discuss Wagner and Grant’s different approaches to ownership of the characters they’re writing, and wonder whether Alan Grant has a problem assigning any kind of emotion to authority figures in general. 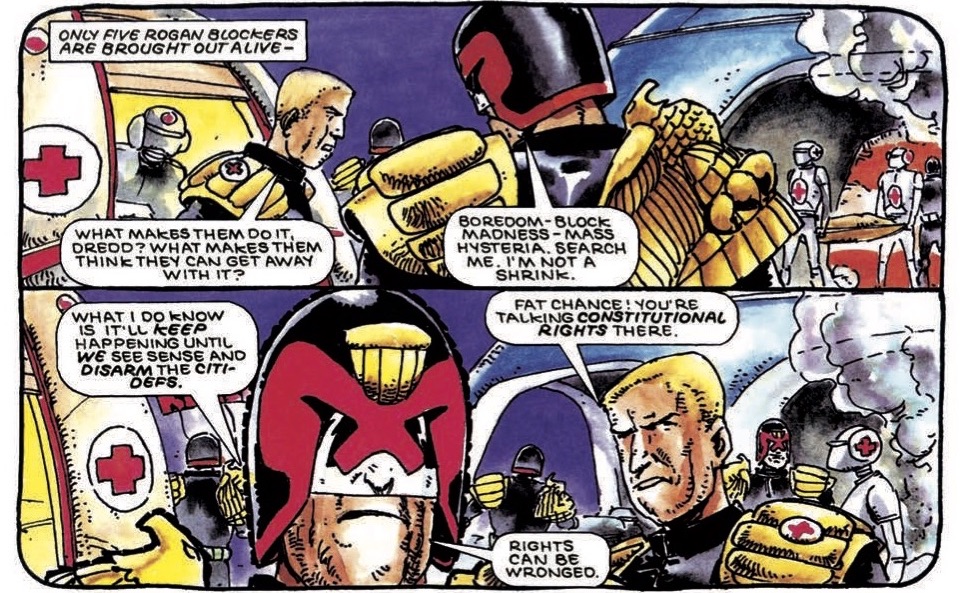 1:23:19-end: It’s the end of the episode, but not before we tease (or is it dread) Case Files Vol. 15 next month and I have a question for everyone, and then there’s the usual mentions of the Tumblr, the Instagram, the Twitter and the Patreon. As ever, thank you for reading along and listening, Whatnauts.

(* There will be more times we’ll revisit the Wagner/Grant partnership. One of which will be happening quite soon, in fact…)