I should say, straight off, that I’m terrible at compiling these lists; there are always, always things that I completely forget about until it’s too late, and they’re usually things that, once pointed out, I react somewhere along the lines of ‘But that was my very most favorite! How could I forget that?’ I’ve started keeping notes that make no sense to anyone else, and occasionally not even to myself in the hopes that the important things will stick with me, at least. (The same is true of my day-to-day calendar in terms of deadlines and to-dos; those, at least, are simple to decipher, being along the list of DATE-OUTLET-SUBJECT. The only problem is when I haven’t quite worked out my argument or angle for a particular story and leave that last part somewhat vague. At one point, I had a note to myself that went “[DATE]-[OUTLET]-Something About Interstellar, With The Thing and How Many Times Its Been There.” By the time the date came up, I’d pretty much given up trying to remember what I meant and was trying to write something else that fit that description.) 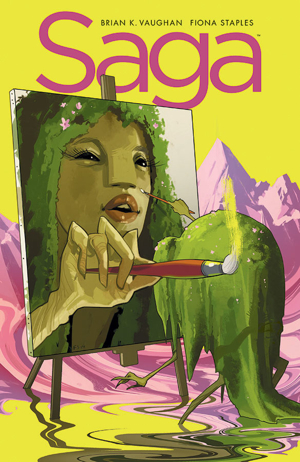 It was looking at those notes that I realized, there’s so much that I’ve enjoyed this year that I haven’t really spent a lot of time writing or talking about. Saga, weirdly, is one of those things — I feel like everyone talking about it a lot in the first year, but now that’s it’s just past the two-year mark, it’s just there, and despite the wobble surrounding Alana and Marko’s relationship in the most recent cycle of issues, it’s been consistently as good as ever. It’s just that I don’t really take note of that anymore.

Jeff Parker and Evan Shaner’s Flash Gordon, as well; for its run, it’s been one of the most consistently enjoyable (and beautifully illustrated) comics out there, but beyond the first couple of issues and Jeff and I occasionally nodding “Oh, it’s so good” to each other in passing on the podcast, issues come out without comment, for the most part. A lot of the Valiant books also fall under this for me; Harbinger ended up becoming the X-Men comic I always wanted but never knew, and yet I rarely comment on it, nor on how the Valiant line remains surprisingly, impressively strong in terms of creative output two years into its existence (I have found myself getting very drawn into the larger mythology of the shared universe, especially after seeing Dr. Silk from Unity pop up in Rai; also, The Valiant #1 is out tomorrow and I really, really enjoyed that book a lot. It has a sense of “epic” that most superhero events lack these days).

(This feels like a point where I want to say, ‘Hey, I should talk about Zero more, because it’s really one of my favorite series out there these days, and something that I feel is endlessly interesting and challenging, and yet I feel like I talk about it maybe once every six months or so. Zero, people; it’s really good and consider this me recommending it right here, in the middle of this stream-of-consciousness thing.)

Part of this is, I know, that it’s easier to complain about things — and, at least in my mind, more entertaining for the reader/listener, as well. There’s something to be said for positivity, of course, but saying “this is really good this is really good this is really good” all the time gets to be boring and turns into static after awhile, to me. Even if it’s broken up by packets of “and problematic but still” (See also: my feelings towards this year’s Doctor Who, which I ended up greatly enjoying, yet found myself thinking ‘Oh, this is troublesome’ a lot during). Fandom doesn’t necessarily make for good reading, he says, throwing only-quasi-intentional shade on those who feel that every comic book gets at least 3 out of 5 stars for effort. 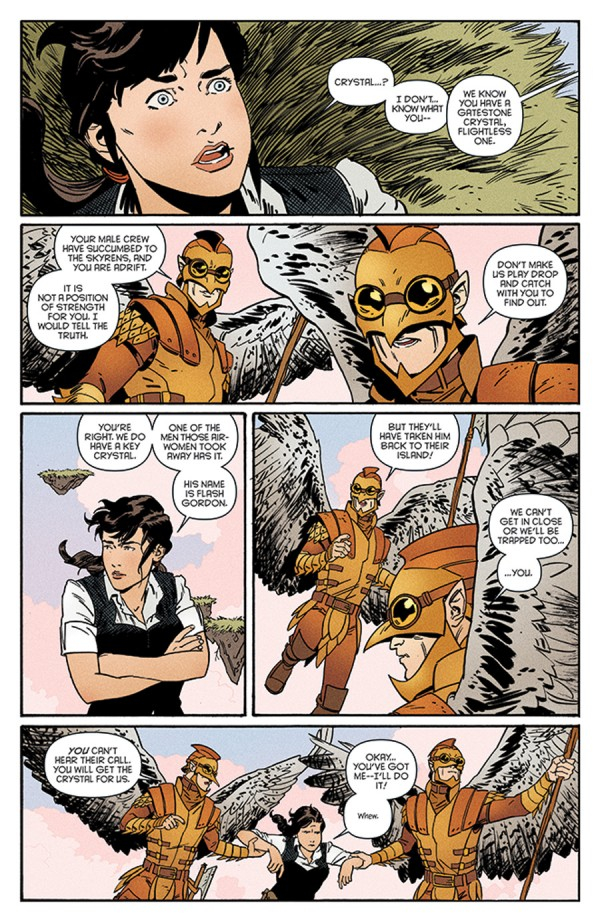 And yet, I feel guilty, or at least frustrated with myself; I should be more vocal with what I’m enjoying, I find myself thinking, because I want to support it and if I think it’s good, maybe other people will as well. Not to mention, making myself consider what I’m a fan of, and trying to find the language to explain why, will make me a better writer and — who knows? — maybe even deeper my appreciation of the comic (or whatever) in the process, not to mention lessen whatever reputation as a hater that I’ve accidentally built up around me. It’s win/win, surely…?

I say this now, of course, entirely sincerely (but also fully prepared to fall back into bad habits almost immediately). There’s more to whatever Wait, What? is to me (and Jeff, I presume but I don’t want to talk for him, and anyway, he’s more positive and less willing to go for the cheap snarky gag in general than I am) than pointing out how fascinatingly screwed-up Jim Shooter’s Marvel work became, or complain about my lack of emotional connection with Jonathan Hickman’s writing — as much as both are important parts, as well. Maybe 2015 is the year when I turn towards the bright side, for once.

If nothing else, writing and talking more about stuff that I loved would make it a lot easier to compile Best Of lists every December. Goddammit, every year it’s far more difficult than it should be.

6 comments on “If You See Something: Graeme On Not Talking About His Favorite Stuff Enough”