http://theworkingdraft.com/media/podcasts3/WaitWhat271.mp3 0:01-7:38:  Greetings from Graeme “Swallow At The Wrong Time” McMillan and Jeff “We Are Probably All Dying Faster Than Previously” Lester who are back for another bout of two-fisted audio comics fun!  And we… 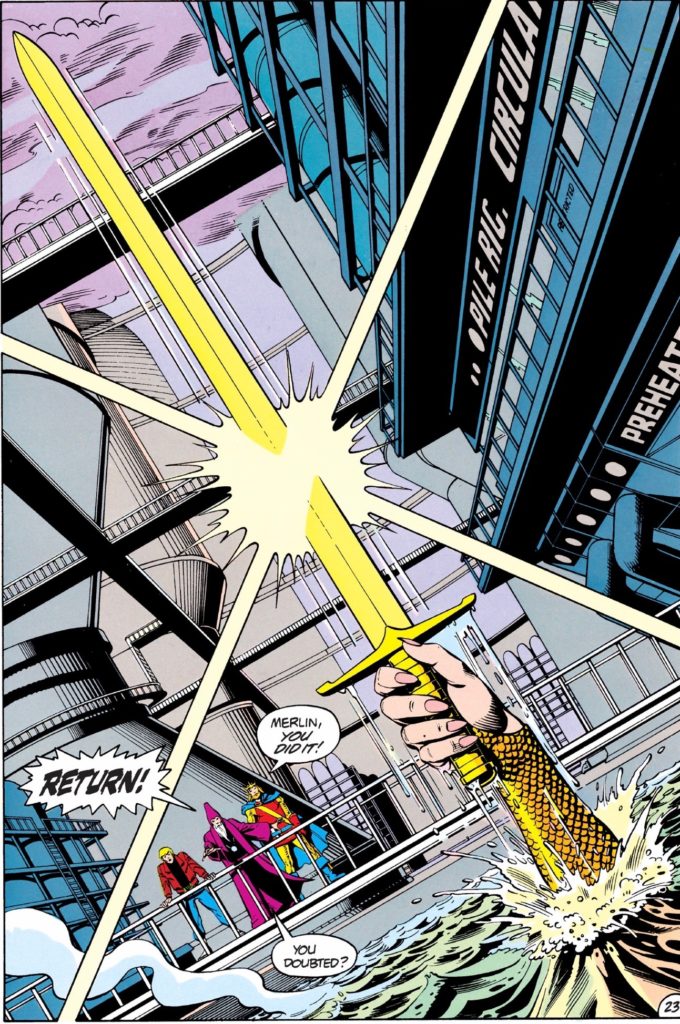 0:01-9:55:  Greetings from Graeme “That’s Almost Worse” McMillan and Jeff “A bit of a mess!!” Lester, where Jeff had a tough day and Graeme had reiki (many years ago).   As we compare notes, we’re in a pretty good place at the moment: Jeff might have a tough week in front of him, and Graeme has a tough week in his rear view mirror what with all the Endgame prep he had to write, but…we’re okay! 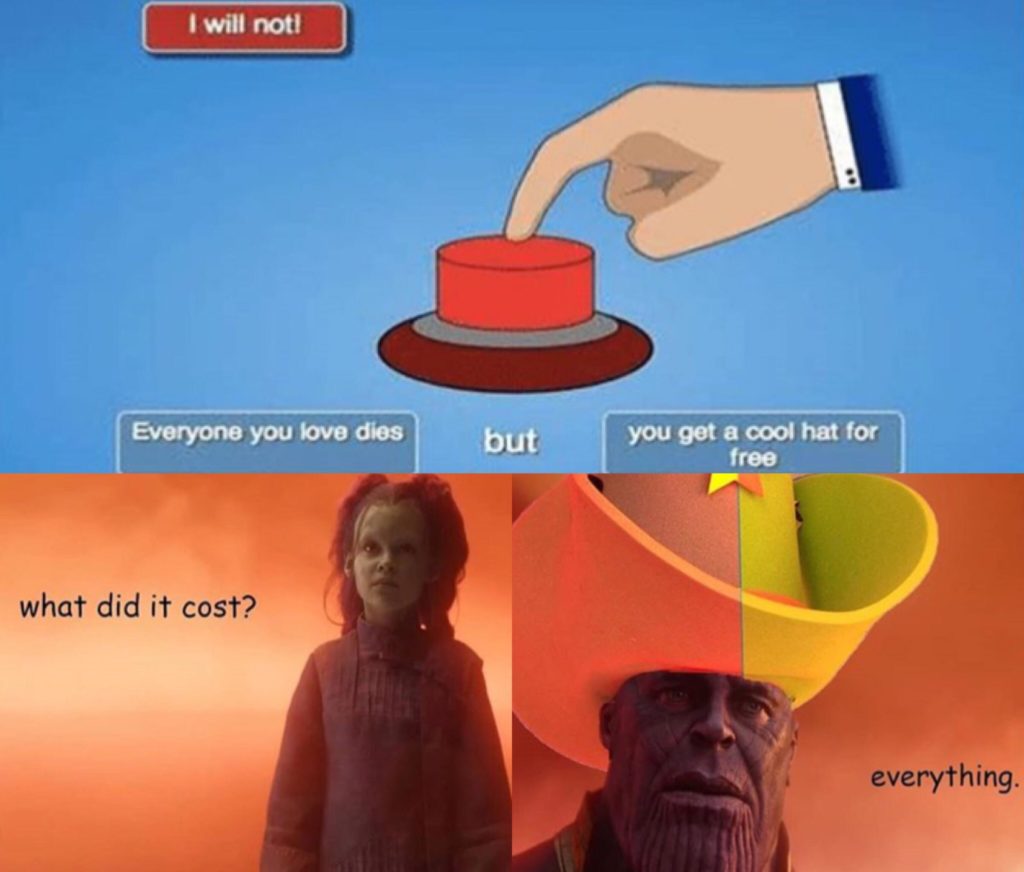 9:55-41:39: Hmm, I wonder if there’s anything happening in nerd news this past week?  I do feel like ther might’ve been something….Oh, right!  Avengers: Endgame and, of course, Graeme has seen it already and of course Jeff has not.  Less of an “of course:” Graeme really liked it!  And is incredibly cautious, such that we have a spoiler-free discussion of the film so that if, like Jeff, you also haven’t seen it yet, you can listen in safety.  Also discussed:  the importance of being unspoiled as possible going in to it; being spoiled by Google Prompt; the Tom Holland effect; Graeme attending Star Wars Celebration and contasting Star Wars fandom’s responses and MCU’s reponses; is Endgame a jumping off point for the MCU; what the next phase of Marvel films could be or should be; Disney in 2020; and more.

41:39-48:44: Comic books!  Remember those? Jeff does and wants to know what Graeme’s been reading these past few weeks that’s not Judge Dredd stuff for Drokk?  Answer:  Graeme’s been reading Robo-Hunter Vol. 1. by John Wagner and Ian Gibson. (so it’s almost cheating?)  We talk about how it’s different from Dredd; its opening story hook; and more. 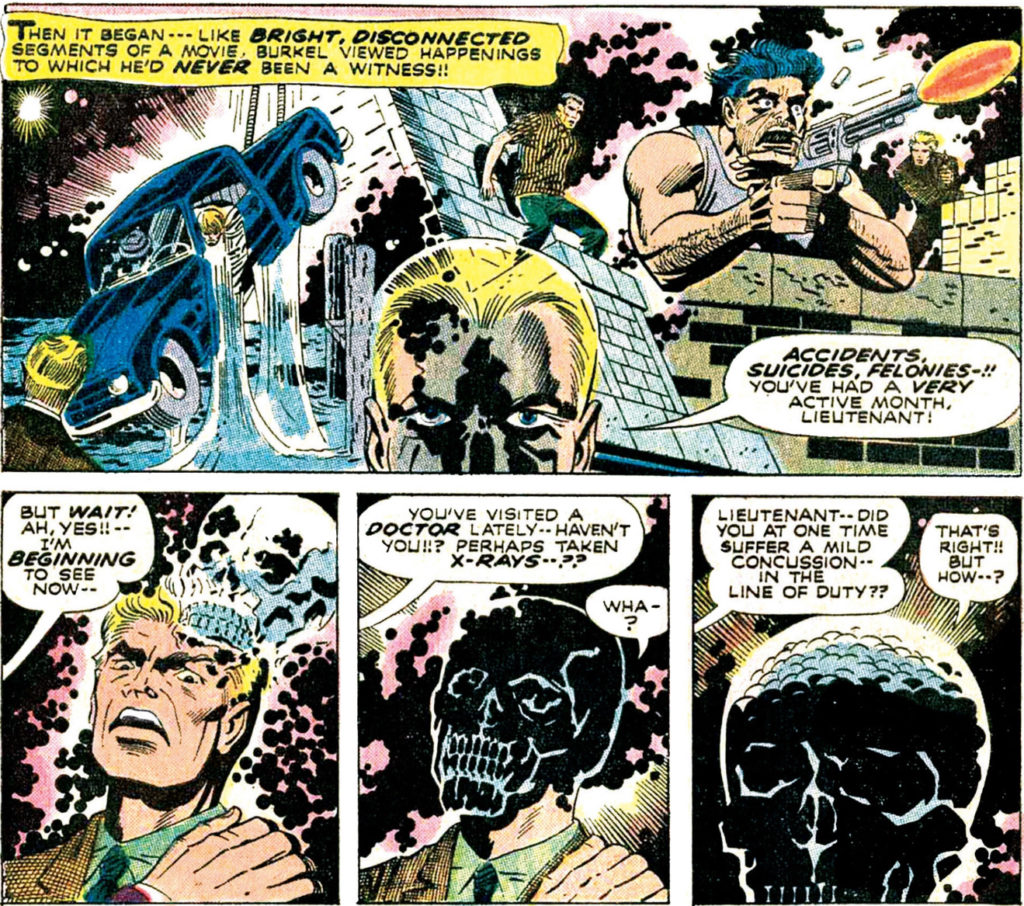 48:44-1:09:21:  “That’s the thing,” sez Graeme. “These days I am reading old comics or I’m reading homework for work.”  And Graeme, like Jeff, has been reading alot of those old comics on the DC Universe app.  Naturally, it becomes the topic of discussion for us, with Jeff reporting in on the reading experience overall in the app.  Also discussed: The Dark Mansion of Forbidden Love, as edited by Dorothy Woolfolk; WildCATS/Aliens; Camelot 3000; Grayson: Future’s End #1; Doomsday Clock #1-4; and Justice League: The Darkseid War (Justice League #40-50 plus a handful of oneshots); Machine Man hitting Marvel Unlimited; Batman and the Outsiders; Checkmate;  Legion ’89; Starman; and more. 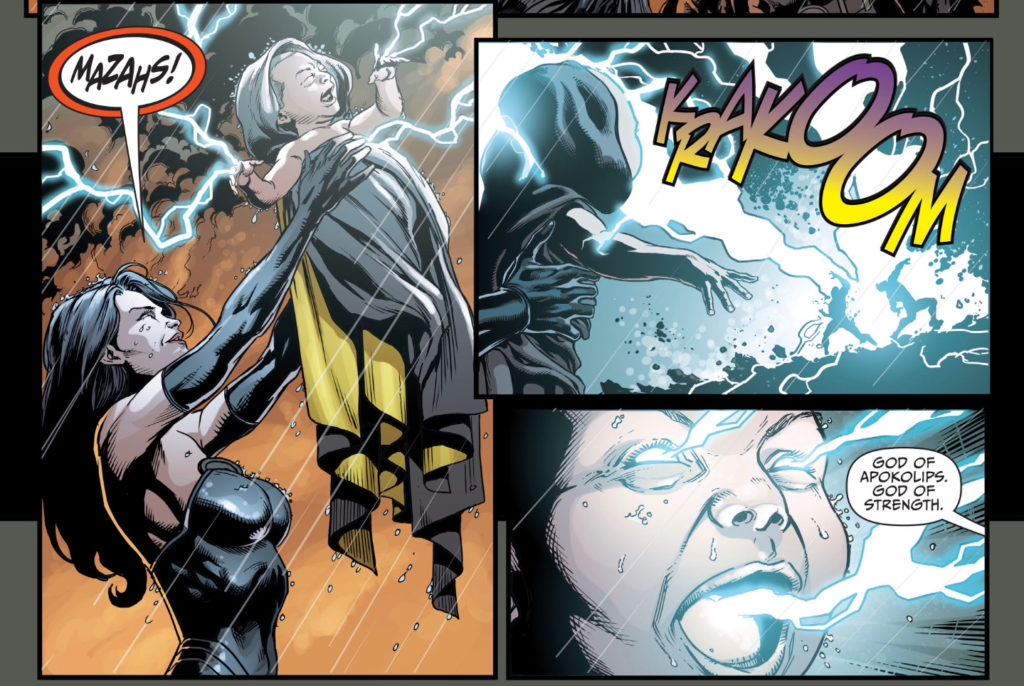 1:09:21-1:41:29: Speaking of reading The Darkseid War, as you know, Graeme has been working his way through pretty much all of the DC incarnations of The New Gods, so Jeff, having just finished the Geoff Johns New 52 interpretation, is curious as to where that interpretation fits in with what Graeme’s read.  Is Johns’ doing his take on The New Gods, or do the official mandated New 52 version, or something else?  Jeff is confused, but fortunately Graeme is here to take us to school.
Discussed:  Events repeating in DC; Forever Evil and The Year of The Villain; Wonder Woman’s brother, the Three Jokers, and the swerve of Rebirth; stories without characters; takes vs. traction; the surprisingly deep bench of old Wonder Woman stuff, including The Trial of Wonder Woman; and more.
1:41:29-1:49:34: So DC Universe is very attractive to both of us with what Graeme calls the “shit, there’s so much here!” factor, but that factor was also part of what was amazing about Marvel Unlimited, and we’re both wondering if we’re starting to see severely diminishing returns there. Also discussed: stuff not on DC Universe that maybe should be, such as Gerard Jones’s comics work of the 90s; and more. 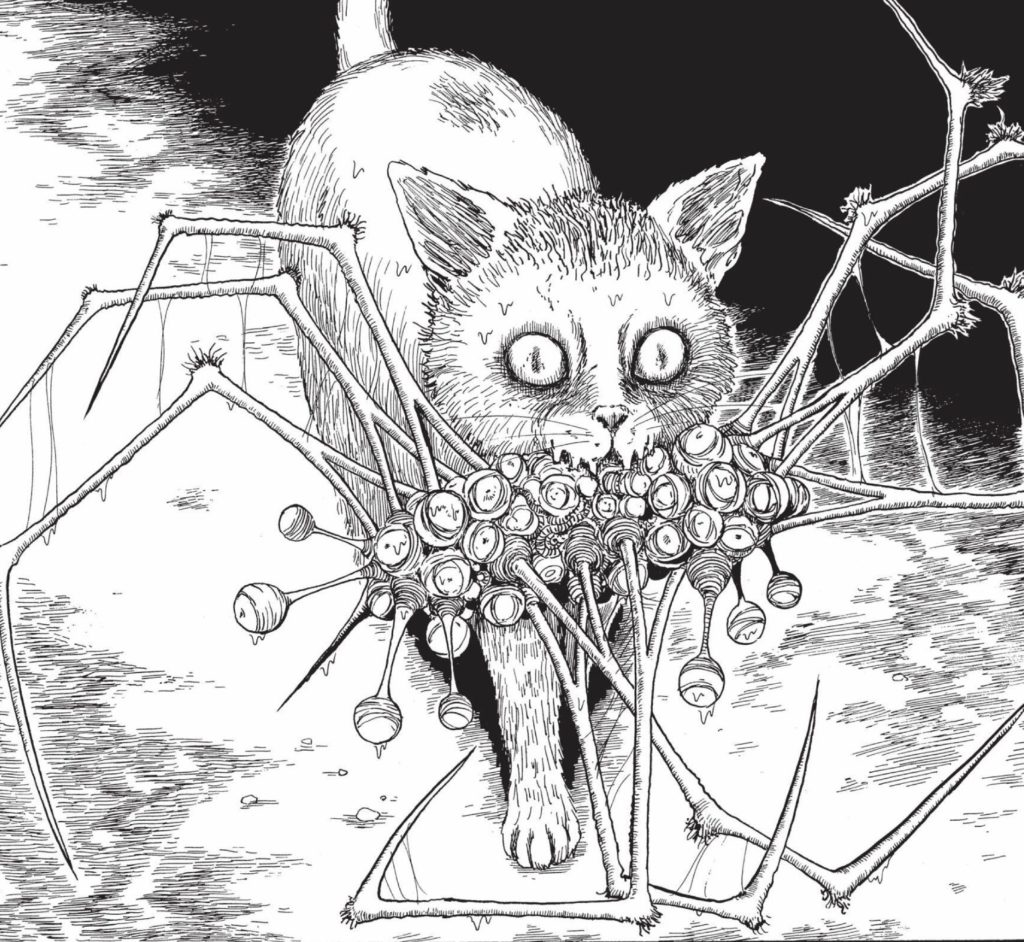 1:49:34-1:57:20: For Jeff, who’s looking for more manga digitally (that isn’t Shonen Jump) and legitimately, the news that Kodansha has added and will be completing Initial D on Comixology Unlimited is pretty great.  Kodansha has since thrown in more stuff around the edges, such that they have something close to 400 volumes of different titles available to read with a Comixology Unlimited subscription. Also discussed: being overwhelmed with material; Junji Ito’s Smashed; and more. 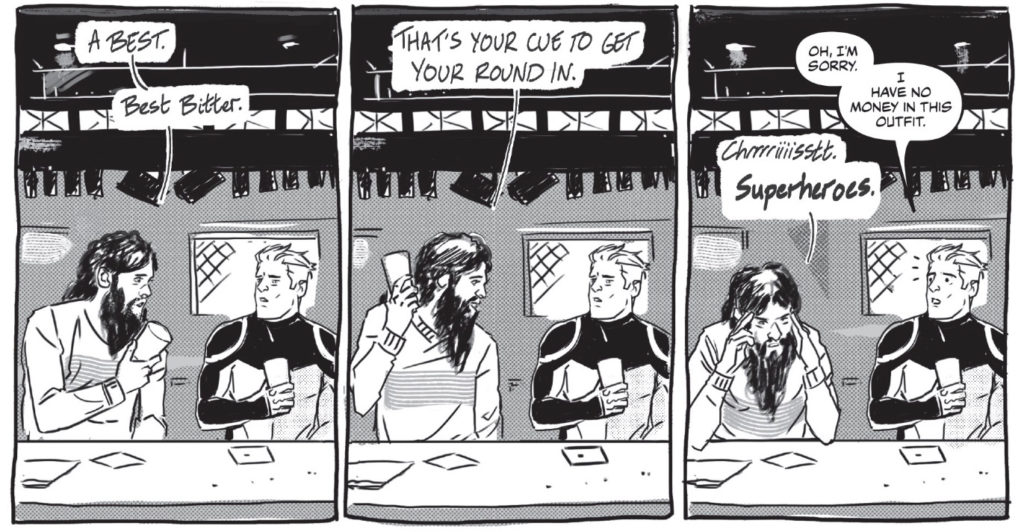 1:57:20-2:03:35: Another oddball reading pick, Graeme and I as old school Eddie Campbell fans were both delighted by issue #4 of Peter Cannon: Thunderbolt by Kieron Gillen and Caspar Wungaard, so of course we *have* to talk about it. 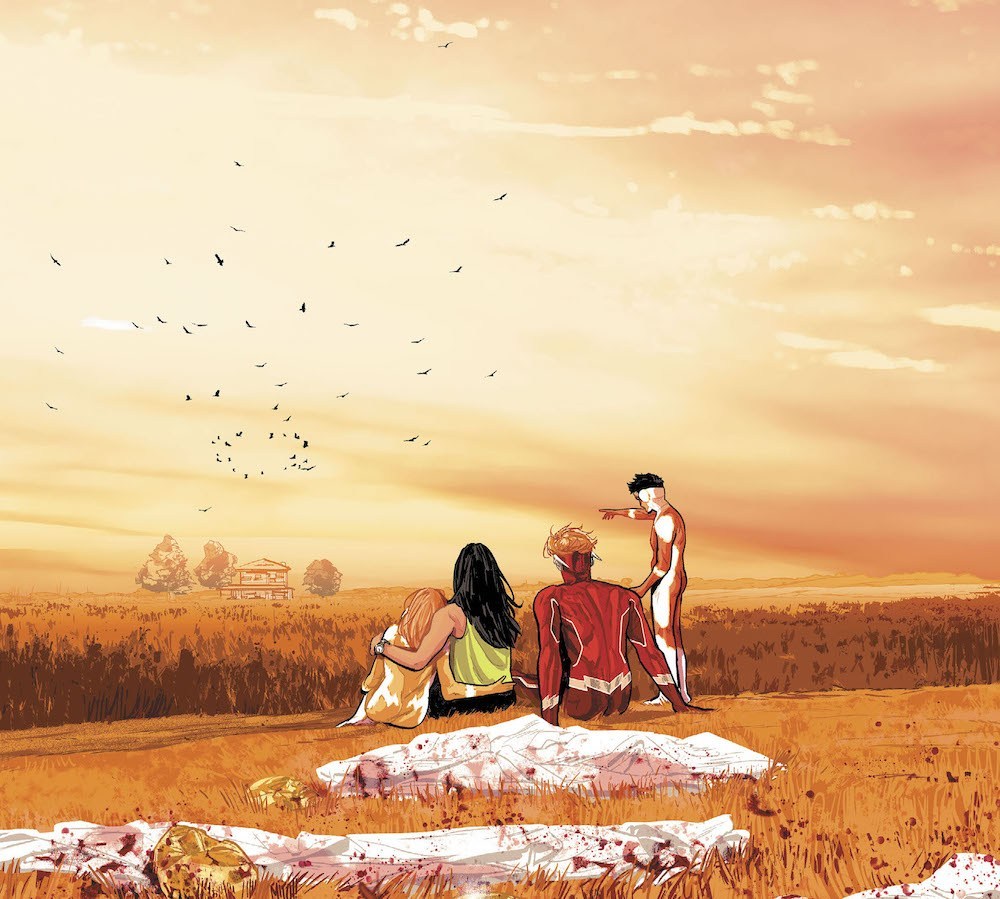 2:03:35-2:57:19: According to Jeff, Heroes in Crisis #8 appears to be pretty controversial out there on the interwebs.  He’s not reading it, but he knows Graeme has and he’s curious what Graeme thinks about the revelation concerning [BIG OL’ SPOILER].  If you haven’t read Heroes In Crisis #8 and don’t want to be spoiled, better skip this section because we leave almost no stone unturned in our discussion of the potential metatext of the story; the actual implications that should be happening for the rest of the DCU; and the strange weightlessness of such a heavy story within the DCU.  Is there just too much happening in the DCU, or is this an event that lost its bearings and therefore its chances to have a big effect on the DCU? Does DC history currently make any sense at all now?  And, probably most importantly, will Jeff use the term “woogly?”  Also discussed: Identity Crisis and Hickman’s Avengers; Year of the Villain again; expectations of DC Rebirth; and much, much more.
2:57:19-2:59:52:  Graeme mentions he read got to read an advance copy of the first issue of Scott Snyder and Greg Capullo’s Last Knight on Earth, touted as the Batman story wherein Batman is one of five taxi drivers in five different cities who ends up bonding with his passenger in the coure of one night.  According to Graeme, Jeff will like it, and not just because of Jeff’s residual fondness for Snyder and Capullo’s Down By Law!
2:59:52-end: With a certain amount of wistfulness, we come to…closing comment!  Yes, we do believe it is!  (In part because even we don’t want to bother with Tierigate.)   Look for us on Stitcher! Itunes! Instagram! Twitter together and separately: Graeme and Jeff! Matt! Tumblr, and  on Patreon where a wonderful group of people make this all possible, including Empress Audrey, Queen of the Galaxy, to whom we are especially grateful for her continuing support of this podcast.  (Also, don’t forget about Spotify!)
Next week: Wait, What? Ep. 270!