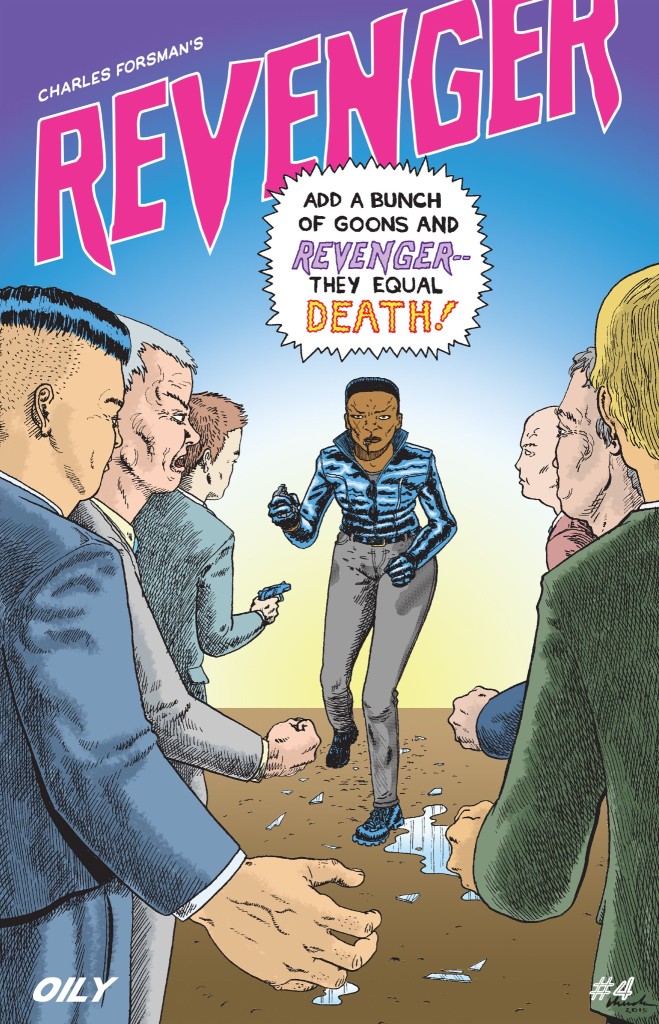 Creative summits are hard, you guys.

Last week, I traveled up to Portland so that Graeme and I could discuss what we thought was working with the site and what to do for the coming year to make ourselves as irresistible as possible to our listeners and our supporters at Patreon.  Did we do that? We did!  Did we also eat at the Waffle Window? Yes! Did Graeme take me to Cloud Nine Comics, where I proceeded to buy my weight in Doctor Strange and Captain Marvel comics by Steve Englehart? That happened too!

But we did not sit around a table, tweeting pictures of lunches from Shake Shack and making inside jokes to let everyone know that, yes, we were at a creative summit and you were not.  And for that, I humbly apologize.  I promise that when next year’s creative summit comes around, there will be many more pictures of middle-aged, lily white men telling you how excited they are by their latest pitch that is both utterly original and totally what the marketing department mandated.  And maybe we’ll also go see a Mamet play or a musical or something?

But reading comics? Not as much as I would like.  Nonetheless, join me behind the jump for capsule reviews of stuff I’ve been reading the last few weeks when not obsessing over the life and times of that dinosaur-punching guy. 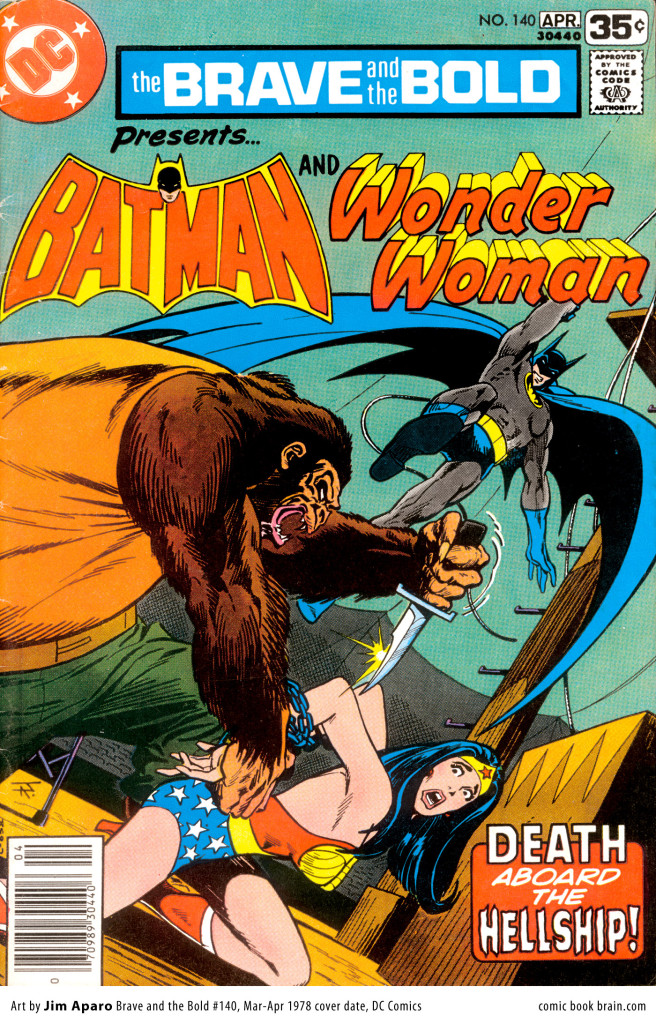 THE BRAVE AND THE BOLD #140: One of the books I bought at Cloud Nine, and the only one from the batch I got a chance to read between then and now. And holy god, even by the high standards of Bob Haney and Jim Aparo’s run on B&B, this is stunning stuff, so amazing that Chris Sims gave it special attention over at Comics Alliance a few years back.

It’s almost impossible to summarize: you have Batman and Wonder Woman attempt to infiltrate the atomic-powered yacht of Dimitrios, The Golden Greek, a billionaire who has kidnapped an heiress and a new solar energy cell.  His ship, called The Argosy, also functions as an argosy of the world, with life-size dioramas of the old West, Gotham City, a circus, and more.  Upon these dioramas, our heroes do battle with The Golden Greek and his gorilla henchmen, The Simian Squad, including his main hench-ape Pericles, who of course ends up in surgical garb at one point ready to operate on Wonder Woman.

The story is seventeen pages long, has three last minute plot twists, and reads like an all-ages issue of The Filth. Haney even manages to throw a classic DC splash page–Batman and Wonder Woman chained and forced to jump through hoops like large jungle cats–without breaking a sweat, and Aparo draws all of it with his trademark elan (Aparo is one of the few comic book artists where I’m just as excited to look at his everyday fashions as I am at his superhero outfits). 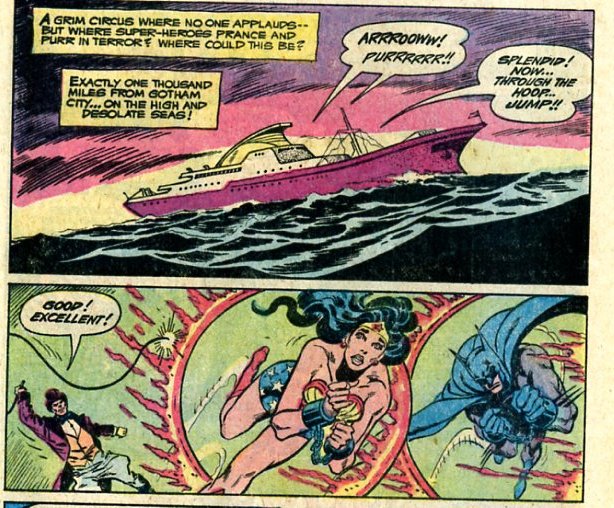 It is so good it makes me want to go get a job at DC just so I can crusade full-time to get this stuff digitized and out in the world. (My only complaint is my dollar copy had aged badly and wasn’t printed particularly well to begin with, making for a lot of leaning and squinting.)  Haney and Aparo’s The Brave And The Bold are great all-ages books: written without profanity or nuance, and unforgettable in their ability to delight and disturb. I could give this to my five year old niece right now and it would warp her in all the right ways.  It’s kind of weird to think they should be held in the same regard as John Stanley’s Little Lulu or Jack Cole’s Plastic Man but the older I get, the more convinced I become. It’s a stunner. 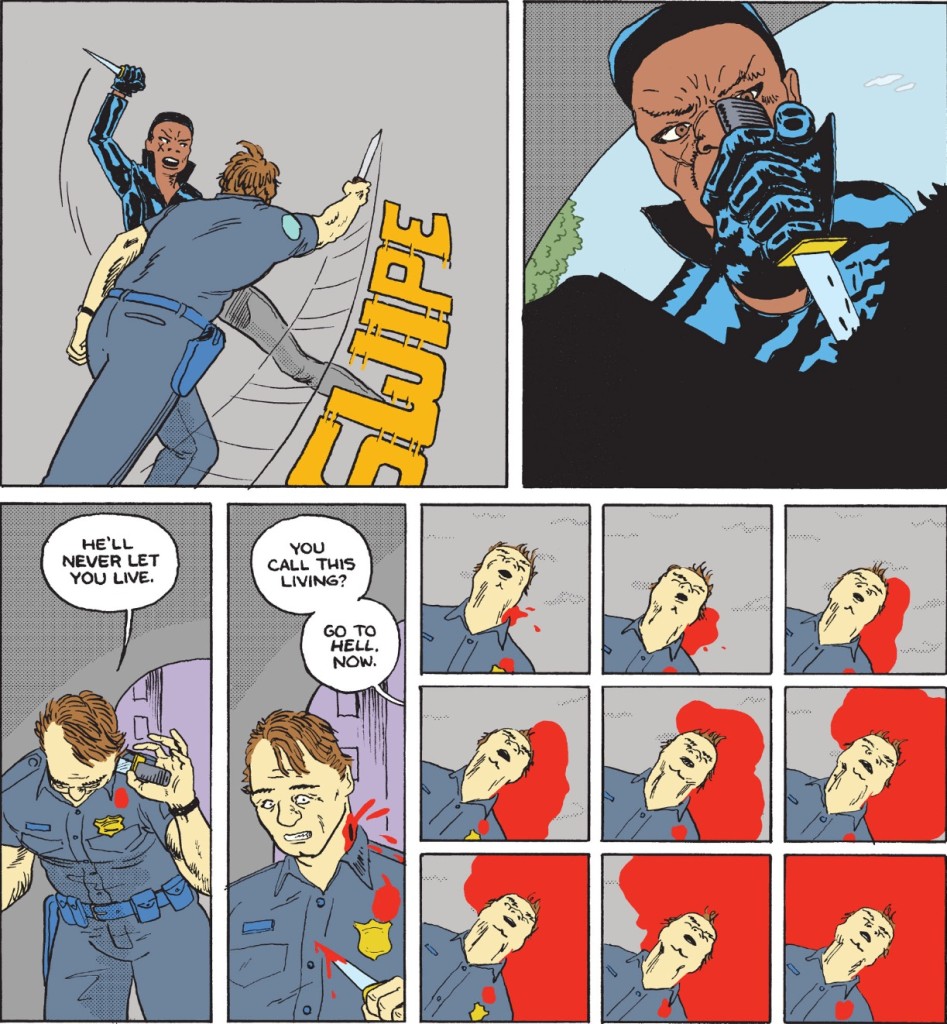 REVENGER #1-4: I’ve been great about buying the single issues of Charles Forsman’s awesome venture into Dirty Pulp, but not as great about reading them, due to my utterly disorganized approach to CBZ files. (Chunky Reader is a tremendous app, but I don’t use it enough to remember to use it enough, if that makes sense). So when Comixology Submit had its SPX sale, I double-dipped and read all four issues at a go.

The story of a tough, scarred woman who seeks solace for the loss of her son by protecting others in a decaying sorta-post-apocalyptic America, Revenger reminds me a little bit of George Miller’s first Mad Max movie: because its futuristic setting looks exactly like our present, the separation between our crumbling culture and trashed dystopia keeps slipping.  (It also reminds me of Rich Buckler’s Deathlok in that way.)  There’s a nightmarishness to it the best exploitation movies have, where the mixture of extraordinary violence in everyday settings makes it feel like it’s happening around you, like the world is being portrayed is exactly the way the creator believes it to be.

Stylistically, it’s Forsman really stretching out of the previous style he developed and, again, it reminds me of Mad Max in that it’s more than a little rough around the edges.  Revenger, our antihero, has a lot of heavier inks in her design, but the people surrounding her are drawn with the thinner line weight and simpler design of Forsman’s previous work and it doesn’t always work out. At its best, it reminds me of Miller’s Ronin, where different influences are being synthesized at once (and also where Miller begins toying with more cartoonish design work abutting the traditional “realistic” approach) but there are times where it looks like a conflict, where elements on a page look both over-rendered and under-rendered.

At those times, Forsman’s superior storytelling skills and, as the series progresses, his bold experiments with color keep things compelling.  And unsurprisingly, there’s less and less of that with each passing issue.  The consistently fantastic rendering and acting of the character Revenger herself has extended to more of the secondary characters, with some fantastic acting on the part of Eddie and Kelly, the teenage lovers in need of rescuing (and revenging).

It’s feels odd to call a book genuine in its pulp and exploitation charms “brave” but that really is exactly what Revenger is:  Forsman has carved away all the safe spaces for himself to produce work he clearly is excited by and it’s a thrilling read, especially all at once where you can see new strengths coalesce and emerge.  I was so energized I pledged money to his Patreon and subscribed to the book via Comixology Submit.  I’m really looking forward to the next issue. 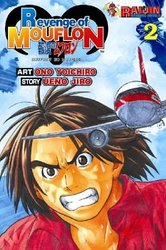 REVENGE OF MOUFLON, VOL. 2:  A two dollar manga volume I picked up at Cosmic Monkey, Mouflon is, um, like the manga version of 24, I guess, which is why the protagonist is a popular comedian instead of a bitter secret agent?  Jiro Ueno definitely shoots for that tone of “OMG, terrorists are out to kill us and no one is safe, especially since our government is so corrupt and complacent they’re also ready to kill innocents just to protect their asses” and hits it, but the real draw for me is Yoichiro Ono’s art which reminds me a little of Naoki Urasawa in its pacing and Adam Warren from his Dirty Pair era in the rendering.

After beating terrorist hijackers in Volume 1, protagonist Yohei Sano lands the hijacked plane at the start of Volume 2 only to become the government’s prime suspect. It’s a lively read as Sano gets out of jams using little more than his wits while all the decent characters who care about the truth (a young reporter, a retired member of Japan’s Self-Defense Force, the Governor of Tokyo) clash with all the corrupt characters who only care about their standing (the editor of a newspaper, the Prime Minister of Japan, the President of the United States (!)). 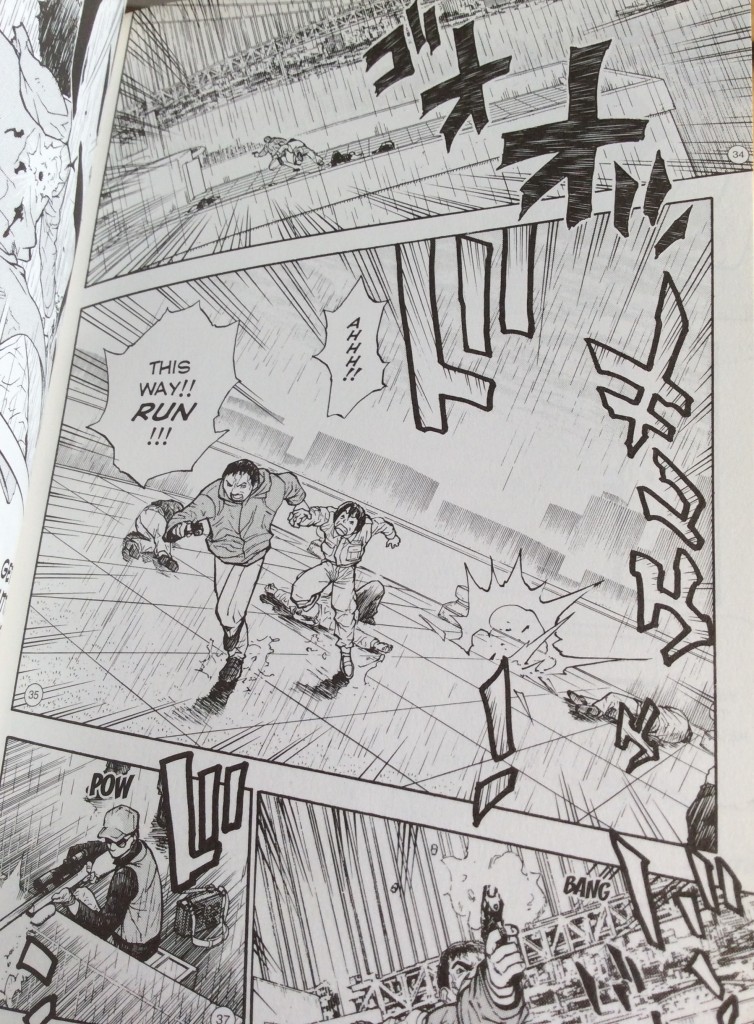 …so I took this pic myself.

I can see why the editors at Raijin/Gutsoon published this as the climate in America at the time of publication (2004) was a really good fit with this book’s conservative tone…but I can also see why it apparently sank without a trace.  (The Google results for Ono on Brave Story, which was published over here by Tokyopop, outnumbers results for Ono and Mouflon by about five jillion to one.)  Based on this volume, it looks like Sano is a famous comedian because comedy is the opposite of terror, and to embrace laughter is to embrace life, and blah blah blah, but it also is a bit of a nasty plot cheat with Sano relying on the powers of celebrity ex machina to get him out of jams.  I like the idea of reading Jackie Jokers’ Die Hard as much as the next guy (although good luck finding a next guy that knows who Jackie Jokers is) but there are times when a man of the people has to be exactly that.