To call Before Watchmen: Dollar Bill superfluous is, in itself, somewhat superfluous. The one-shot, by Len Wein and Steve Rude, wasn’t one of the originally announced titles, and only appeared when things changed behind the scenes, and the proposed Epilogue one-off was bumped off the to-do list — and let’s, for a brief second, think about how absolutely unnecessary an epilogue to a prequel actually is, so dumping it was a good decision — and, to be honest, it feels very much like an afterthought on almost every single level. 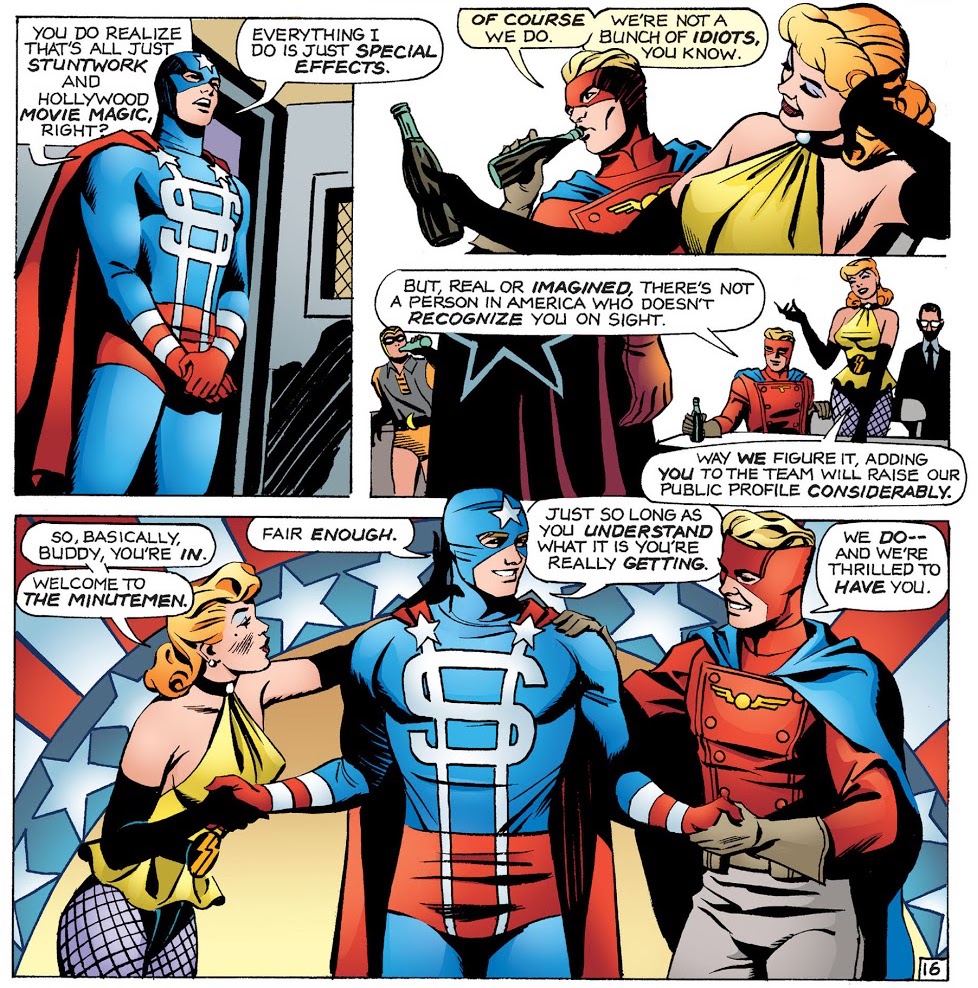 The problem isn’t necessarily that there’s nothing in the backstory of William Benjamin Brady that means that there couldn’t be an interesting story told about him. The circumstances around his death, as portrayed in the original Watchmen — as well as the concept of a corporate mascot who tries to go legit — should offer grist for a mill that’s at least midway interesting, at least.

And yet, Wein insists on offering up a script that is the most generic story imaginable, combining the very specific — yet somehow overused — tale of a football hero brought low by injury who gets a chance to redeem himself through a twist of fate and… Well, you can guess the rest, really. To make matters worse, the few touches that Wein adds to the cliche are… troubling, shall we say. “I don’t know any straight guy in his right mind who would ever wear that outfit,” says Brady when shown the Dollar Bill costume for the first time by the owners of the National Bank, just minutes after another character had declared that he’d never wear the outfit because “it’d make me look like some kind’a fag.” 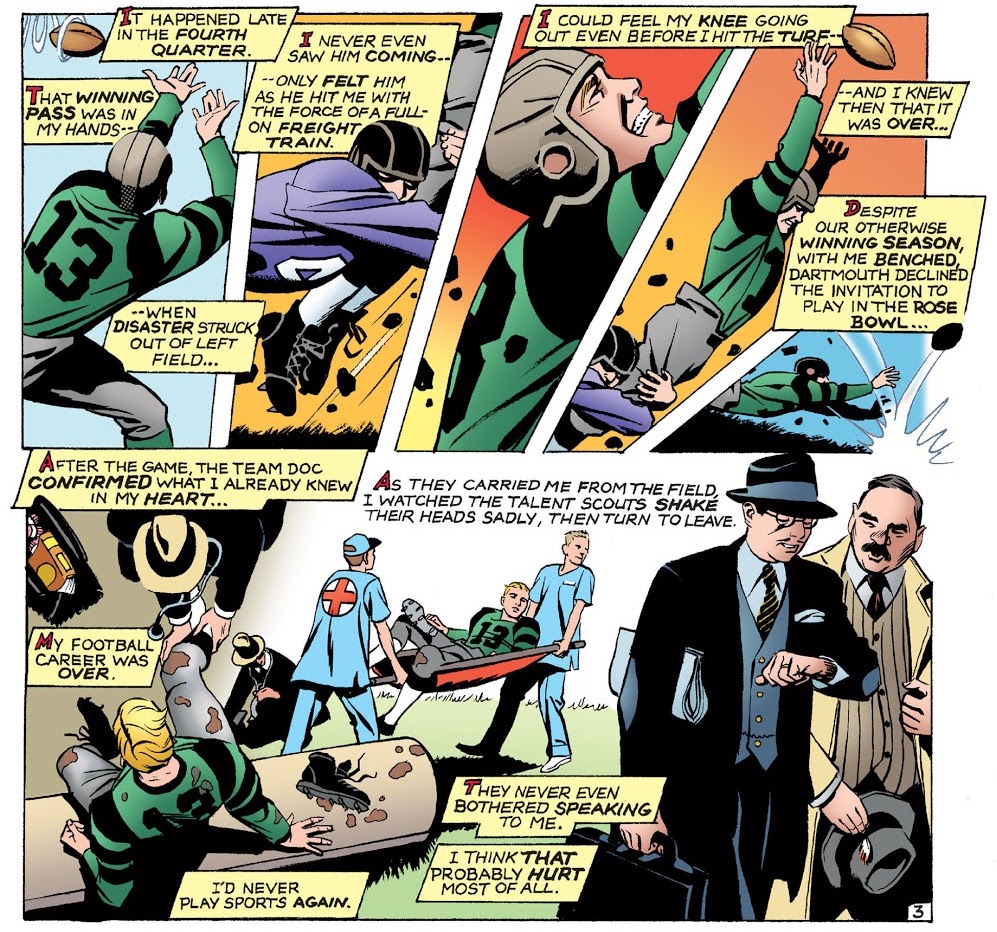 Oh, and the owners of the bank — identical businessmen called, I shit you not, “Misters Howe, Cheatem and Dewey,” because of course — are, of course, untrustworthy liars who only care about money and in case you didn’t hear the dogwhistle, have dialogue like this: “Would we lie to you, boychik? Go. Have a good time. Let us know how it works out.” “Don’t know about the rest of you, but I could go for a nice pastrami on rye right about now.” That is, I shit you not, a real exchange in this comic. So, yes: it’s a comic where the story is one you’ve read countless times before, filled with lazy homophobic and racism. Is there anything to like about it?

The answer to that is, “well, potentially.” Steve Rude’s artwork is perhaps more mannered than his best work — his figures seem stiffer and more static than I remembered from Nexus — but even with that, he’s an amazing artist with beautifully stylized line work; the pages where he joins the Minutemen are genuinely beautiful, cementing that Rude is a great artist for “classic” superhero comics with interchangeable smiling men in masks and pin-up art in the place of women. (That’s actually meant in a complimentary manner, despite how it reads.)

Even the visuals of the book are ultimately ruined, though, by Rude’s own lettering, which is awkward and draws attention to itself by being just a little too big and too heavy for its own good. The lettering dominates the pages, which is the very opposite of what you’d want it to do. I assume that Rude lettering was some kind of contractual obligation to get him to sign onto the book, but it was a terrible decision not to fight it. The letters absolutely doom the pages and make you long for Todd Klein or whoever to step in and stage an intervention.

Dollar Bill, then, is a pretty bad comic. It’s not the worst of Before Watchmen by a long stretch, but it is probably the most boring, which could be considered the worst sin of all by some. It also stands out as one of the two most inessential strands of the entire project (alongside Crimson Corsair, although Moloch really pushes that envelope as well). Still, they can’t all be winners… which almost feels like it’s the most thematically consistent thing about Dollar Bill’s spotlight as a whole, really.

3 comments on “Wait, Watchmen 4: He Just Loves The Glory, That’s All He’ll Ever Enjoy”