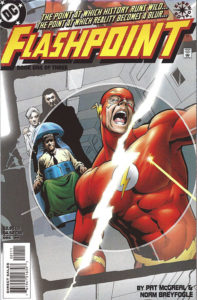 For my birthday a few weeks back, I had a couple of beers and then went longbox diving for random things I vaguely remember that are not available digitally, not least because I could then write posts about them here. This is one of those things.

THE BOOK:  Flashpoint #1-3, a limited series published by DC comics in 1999-2000 under the Elseworlds banner. This book was was either so good or so unmemorable that DC has gone on to reuse the title in both print and TV without ever seeming to remember that they’d already used it once! (Seriously: the writer’s entry on the DC Comics website links to the first three issues of the much-later Geoff Johns series instead of the actual book.)

THE CONCEPT: The high-concept backstory is the key here: In an alternate timeline of the DC Universe, Silver Age Flash Barry Allen is shot in the spine while saving John F. Kennedy from the assassination attempt in Dallas. Paralyzed from the neck down, Allen’s only remaining power is his super-speed brain. The world spins off from there.

The actual plot of the story takes place in 1999. Allen’s super-science programs uncover an artifact on Mars. Contact with the artifact throws Allen’s nephew, Wally West (without superspeed, since Allen’s time as the Flash ended before Wally got his powers), into a coma and ultimately kills him. A private eye named Ralph Dibny (also powerless, because ???) is hired by mysterious parties to investigate. The Martian Manhunter and Vandal Savage show up. A clone of Wally West gets Flash powers. Then there’s a semi-incomprehensible ending.

DC’s Elseworlds books–the fancy 1990’s branding for these alternate takes on their characters, the kind of stuff that used to be called “imaginary stories” until Alan Moore sucked all the joy and fun out of that term–had tended to be pricey prestige format editions. This was (according to a note in the text page of the final issue) the imprint’s first foray into a limited series, which I suppose would let buyers consider the book while only investing three bucks instead of six or eight or whatever prestige format books cost by this point.

It’s a sensible plan, doubly so because the best part of any Elseworlds story is almost always the setup–seeing familiar characters branch off is fun; once they’ve branched, you’re often left just reading a weirdly off-brand superhero story filled with pointless easter eggs to remind you that it’s published by the actual rights-holder of the IP. Which is pretty much the case here!

SHOULD IT BE ONLINE: Yes. Leaving aside the odd resonance of the title in the modern DC Universe, this is EXACTLY the kind of story that’s worth buying on a 99-cents-per-issue sale. In fact, that’s probably the ONLY way you should consider buying this–it’s solid, and fun if you have affection for any of the characters, creators, or concepts, but it’s also totally disposable. 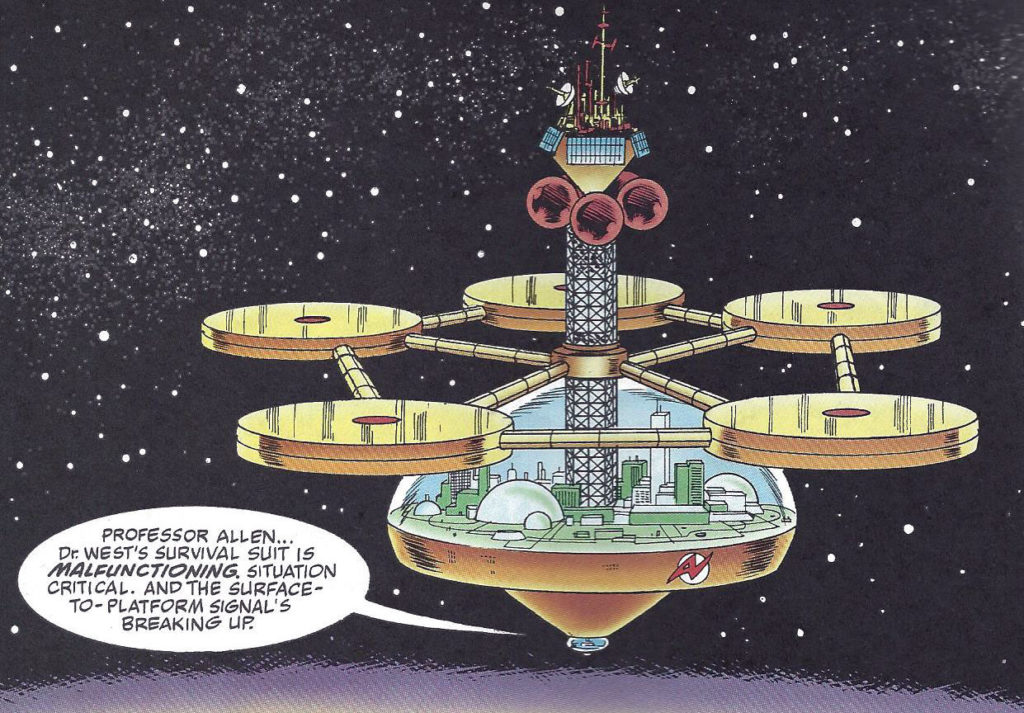