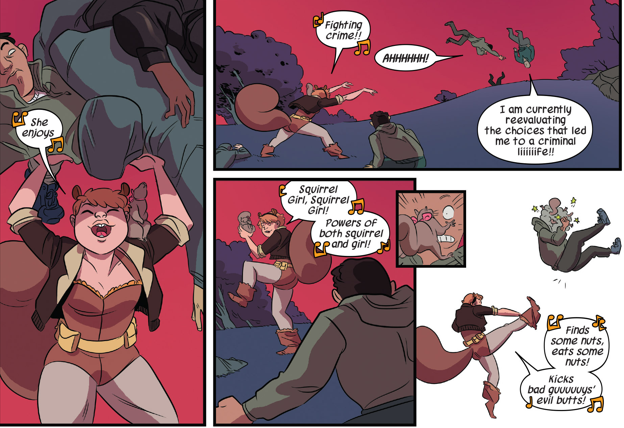 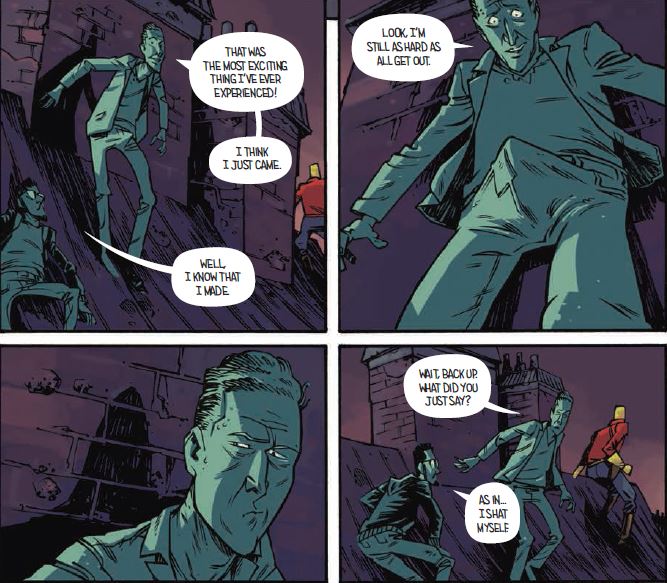 00:00-20:49: Greetings from Jeff “Soft Boiled” Lester and Graeme “Over Easy” McMillan.  Non-comic opening chitchat is fast but especially ridiculous and then we are on to…comics!  More specifically, Airboy issues #2 and #3 by James Robinson and Greg Hinkle.  Jeff feels like there’s a lot of common ground with Sam Zabel and The Magic Pen by Dylan Horrocks, and although Jeff is ambivalent about whether or not that book really nails what it’s going for, it comes much, much closer than what’s on display in Airboy #2 and #3.  Also of interest to you might be a bit of dialogue Graeme remembers from Airboy #2 and how the dialogue actually goes. We go full spoilers on what happens in the issues, if that’s the kind of thing that bothers you (more than all the other stuff in Airboy that’s bothered people already). 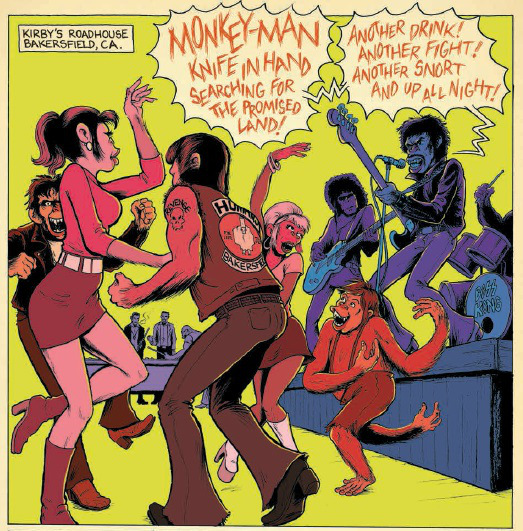 20:49-30:24: More successful for Jeff as a piece of comic book transgressiveness is The Humans #7 by Keenan Marshall Keller, Tom Neely, and Kristina Collantes, although he’s more than a little worried about the explicitness of the sexual acts shown (which is very high) compared to the amount of labeling for mature readers on the book (which is nonexistent).  Come for the very brief Vonnegut discussion, stay for the discussion of the phrase “in flagrante Judd Apatow.”  Also discussed:  how does Image look; which books are labeled (like Sex Criminals) which we’re not sure about (wasn’t Saga labeled at one point?) and which ones aren’t (see above). 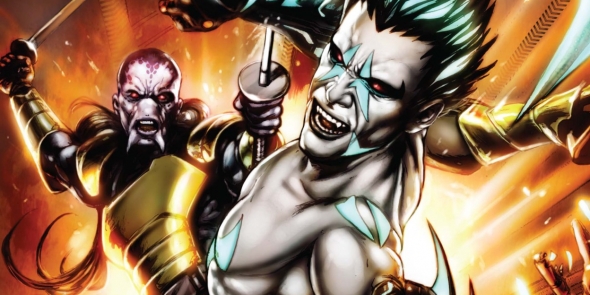 30:24-53:14: Also maybe not so great: the on-panel rape of Lobo in Lobo #9 as well as the preview pages that were sent out for the issue.  A few people have noticed but there hasn’t been a lot of people who’ve commented on it publicly.  Is that because most people haven’t noticed?  Or because there are those who have but feel it’s in their best interest not to draw attention to it?  Does it need labeling?  Do comics need labeling? And for what? Nudity?  Sexual language?  Hoo-hoo without the hoo-ha’s?  To try and develop a baseline, Graeme mentions some Slaine strips from 2000 A.D., and Jeff talks about two recent issues of Minimum Wage: So Many Bad Decisions by Bob Fingerman that both have nudity but with differing contexts. Also discussed: Howard Chaykin’s Black Kiss, DC’s labeling controversy of the late ‘80s, the comics we stole peeks at when we were young, and of course the long-running titillating video series, “Claremont Tropes Gone Wild.” etc. 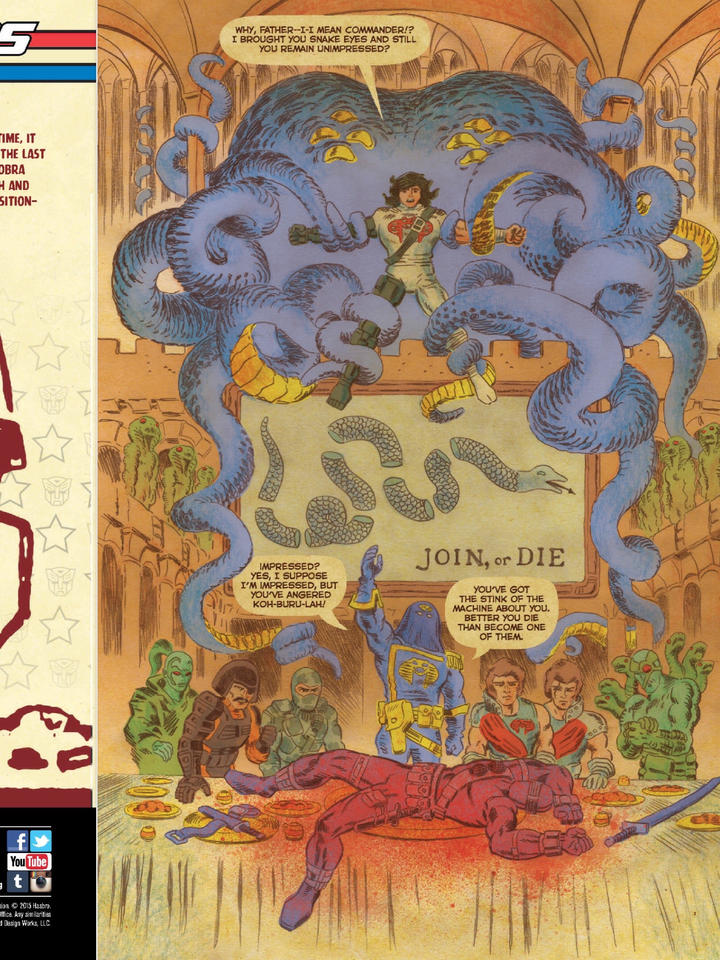 53:14-1:13:18: “Shifting gears!” Graeme announces, and then goes on to discuss Transformers vs. G.I. Joe issues #7 and #8 by Tom Scioli and John Barber.  Jeff had his mind exploded by issue #7 but hasn’t read #8; Graeme has read both and his mind super-exploded with issue #8, according to Graeme, being the issue where “Tom Scioli and John Barber up their everything.”  Also discussed: books so brain-breaking you need to read them in isolation;  the crossover book Graeme wants to see next: Micronauts/The Surface;  and the books Graeme read *after* he read Transformers vs. G.I. Joe:  old back issues of Marvel Age (which are brain-breaking in their own special way); new talent, a surprising name on the Marvel penpal list and more.  (Not discussed: how if you leave out a ‘p’, the word “penpal” becomes “penal.”)
1:13:18-1:19:19: Also at the new back issue store where Graeme purchased these issues of Marvel Age?  A complete run of DC’s New Talent Showcase? And—more pertinent to our discussion here—a nearly complete run of Rachel Pollack’s Doom Patrol.  Discussed:  Rachel Pollack’s Doom Patrol, Grant Morrison’s Doom Patrol, Grant Morrison’s Animal Man, Peter Milligan’s Animal Man, Rick Veitch’s Swamp Thing, Alan Moore’s Swamp Thing, and more.
1:19:19-1:21:03: In an attempt to get a little more current, we talk about Omega Men by Tom King, Barnaby Bagenda, Jose Marzan Jr.,  and Romulo Farjado, Jr.  Jeff has read issue #1 (several times!) but couldn’t find issue #2 in time for podcasting; Graeme has read all three issues and talks about how the book has shaped up in the last few issues.
1:21:03-1:29:18: Graeme also has caught up with a bunch of titles he’s been reading for Valiant, some of which remind him of Omega Men, such as Imperium by Joshua Dysart and Scot Eaton.  (Discussion is full of SPOILERS if, like Jeff, you keep meaning to catch up on Harbinger and get into Imperium but haven’t yet.)  In painting a picture of what’s happening in that and other Valiant books, Graeme makes what’s probably the best case yet for the joys of Valiant’s thoughtfully constructed shared universe.
1:29:18-1:48:22:  Comics news! Graeme obliges a request from Jeff and brings us up to date (well, as of August 6th) on Marvel EIC Axel Alonso’s statements on the hip-hop variant covers, the relaunch of Black Panther, statements on black writers, the sexual orientation of Hercules, LGBTQ representation (fun fact from Graeme: if you take away the Marvel books written by Al Ewing, you literally take away 60% of LGBTQ representation in the Marvel Universe), the “influx” of women writers, and more.  If you’re feeling out of touch with outrage, this is the segment with you!  Also discussed: retailer indifference to the DCYou; jilted ex syndrome; “why would I even try a DC book?”; and, of course, more. 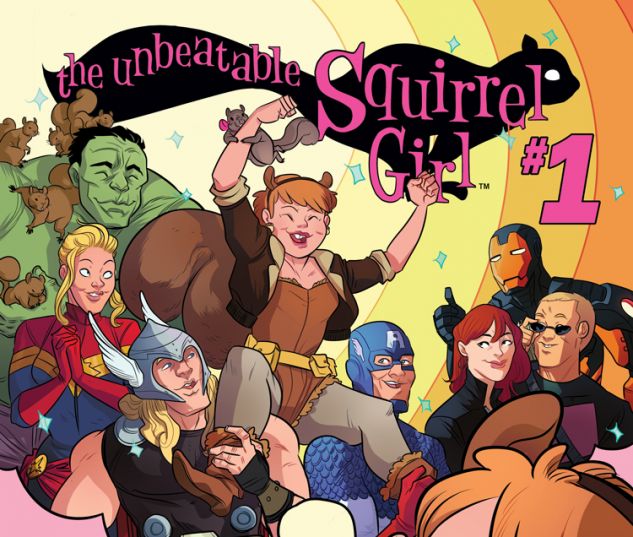 1:48:22-1:56:08: And as long as we’re talking about Marvel….the first issue of Unbeatable Squirrel Girl by Ryan North, Erica Henderson, and Rico Renzi has finally arrived on Marvel Unlimited and Graeme, after listening to Jeff praise all these many months reads it and….well, you should hear for yourself. Let’s just say it’s a twist you didn’t hear coming!  Graeme also read the first issue of Marvel’s second series of Star Wars by Jason Aaron, John Cassaday, and Laura Martin, also available on Marvel Unlimited, and we talk about that briefly as well. 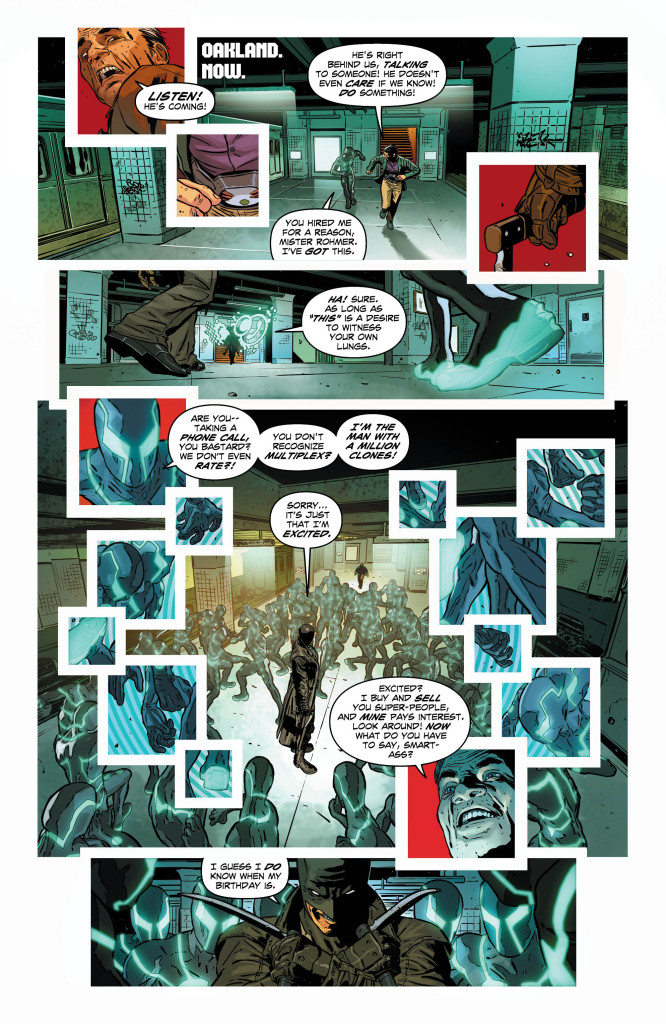 1:56:08-2:26:06:  Speed round, because we are almost out of time! We each talk about books we’ve recently read and some fast takes.  Graeme caught up with Valiant books, enjoying titles like Dead Drop, Time Walker, Ninjak (the title of which is being pivoted as Ninja-K, and which Graeme thinks could basically be a Mission Impossible movie), the Book of Death; Midnighter issue #3, which continues to impress Graeme, especially with the art by ACO; this year’s Batgirl Annual; 8House Arclight; old back issues of Micronauts: The New Voyages; Iron Man: Fatal Frontier, the print edition of the webcomic by Kieron Gillen, Al Ewing, and a slew of artists;  and Unusual Concentrations, the first Kindle novella by Si Spurrier

.
For his part, Jeff wanted to give some very quick feedback on the second issue of We Stand on Guard; the first issue of Dark Corridor by Rich Tommasso; Graeme throws in a quick two cents about Diary Comics by Dustin Harbin; Black Canary #2; Godzilla in Hell #1 by the amazing James Stokoe; Outcast by Kirkman and Azaceta issues #10 and #11 and no I’m not seeing whatever that Kirkman movie is; Mad Max Fury Road/Mad Max issues #1 and #2 which more or less do the trick; No Mercy #4, which comes that much closer to scratching Jeff’s Drifting Classroom itch; Grayson #10, which is where Graeme finally lets Jeff in on an obvious fact, which is that Tom King and Tim Seeley plot every issue together, but take turns alternating scripting duties; All-Star Section Eight #2 which Jeff actually thinks Graeme has forgotten the existence of (and totally understands why he would); Robin, Son of Batman #2; E For Extinction #2 which Jeff is really digging; Batgirl #42; Sex Criminals #11; Weirdworld #2; the first two volumes of I”s (or as Jeff refers to it, “Panty Shot: The Upskirtening”); and… more? Really?
2:26:06-end: Closing comments! But first: make sure to catch Graeme’s very special appearance on Rachel & Miles Explain the X-Men, where Graeme and the awesome Elle Collins discuss The Beast and his Amazing Adventures (you know, in the comic Amazing Adventures?)  Next week is a Baxter Building, so read up on Fantastic Four issues #68-74 and Annual #5, and join in the fun!  Also:  Totebagland!  Places to look for us at—Stitcher! Itunes! Twitter together and separately: Graeme and Jeff! Tumblr!  And, of course, on Patreon where, as of this count, 109  patrons make this whole thing possible!
Make sure to check out the first comment to these show notes if you want a context-free link for copying and pasting purposes and we’ll see you next week in the Baxter Building!
http://theworkingdraft.com/media/podcasts/WaitWhat182.mp3