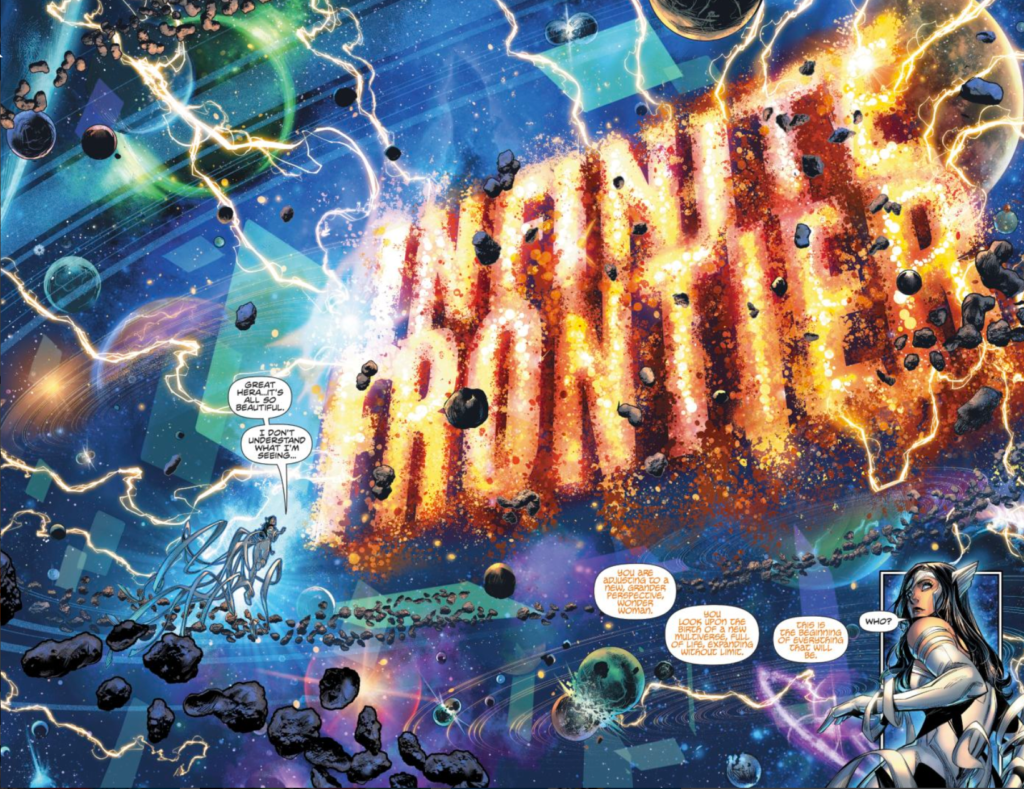 6:39-23:52: Jeff’s attempts to enjoy “Graeme McMillan Unplugged” (not a lost installment of the popular MTV series of concerts but rather just the way Graeme is living life at the moment) is marred by the fact that although Graeme doesn’t necessarily know what’s happening in comics news, he is able to show off books he’s read before the rest of us and talk extensively yet also elliptically about them. Case in point: Infinite Frontier #0! Discussed: Infinite Frontier #0! Also: Moving forward nostalgically, the five to ten year cycle of full and partial reboots for DC, getting what you want but also kinda hoping you’d have gotten something different, and more. 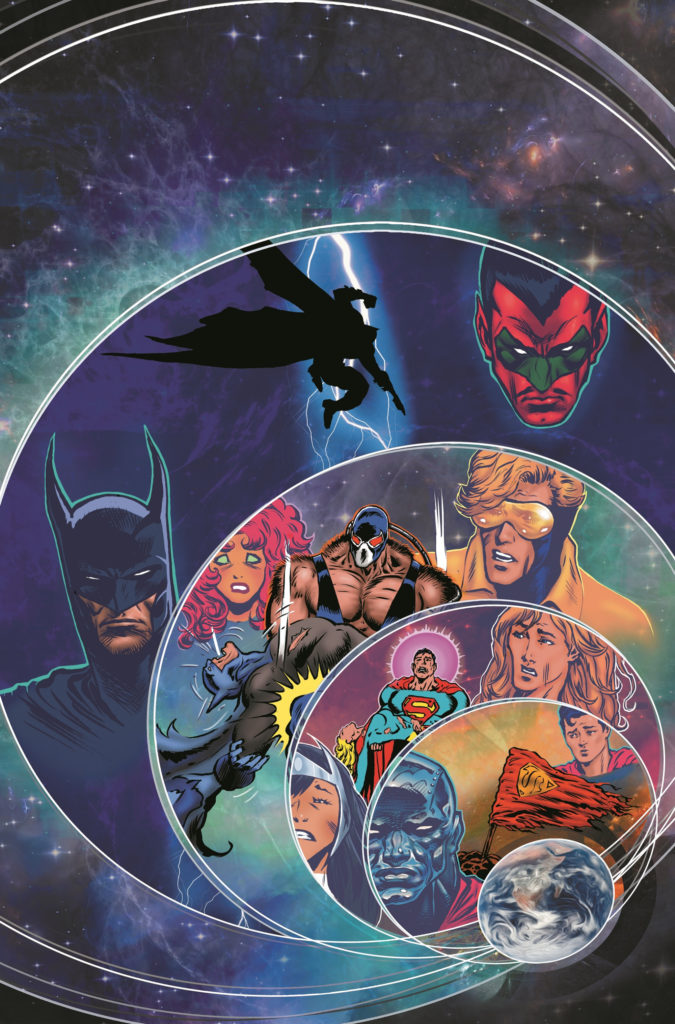 23:52-34:30: I don’t know if you saw that article where Dan Jurgens had some choice quotes about the Linearverse? But Jeff did and was pretty damn confused and, frankly, troubled. If like Jeff, you’re worried about what it might mean for the DCU and how it ties in to Infinite Frontier, you’ll appreciate the info and context Graeme’s able to provide. Also discussed: some announced publishing projects forthcoming from DC. 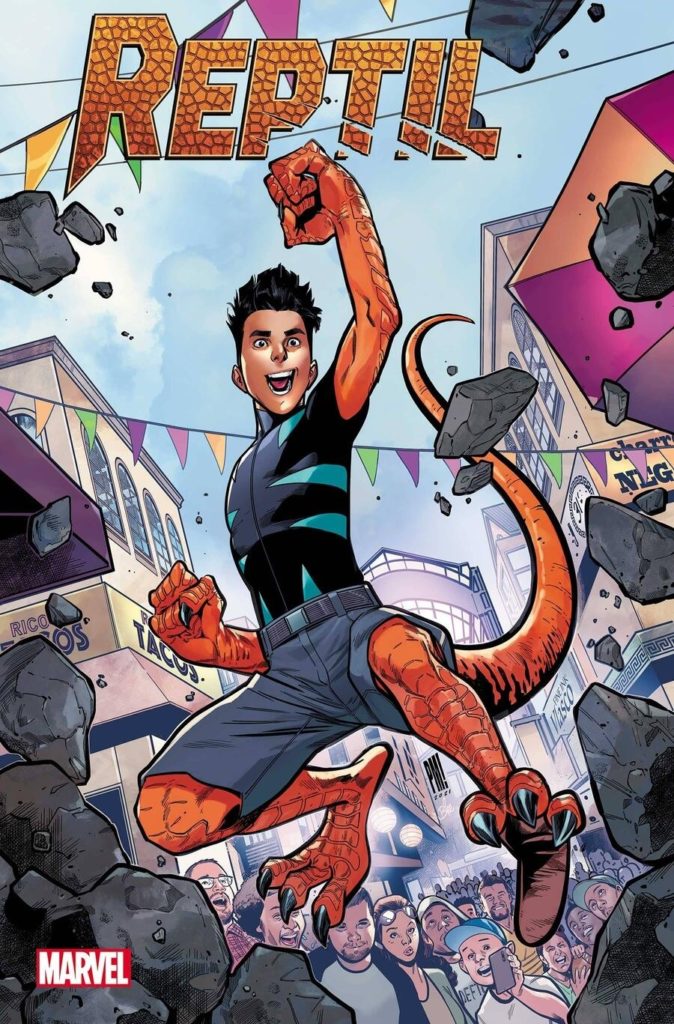 34:30-37:23: Jeff also wonders about Marvel—are things as quiet over there as it seems to feel to him? God bless Graeme who, again, despite not doing this for a living at the moment (and is in fact mostly taking some time away to recharge the batteries) knows more than Jeff and fills us in.
37:23-38:29: Also! We would probably be remiss if we didn’t mention the teaming of Ta-Nehisi Coates and J.J. Abrams for a Superman movie! Yes, okay, that’s a good point. Far be it from us to be remissing! Also discussed: a Blue Beetle movie? Yep!
38:29-1:01:57: But yeah, it’s definitely mostly on a “cursory mention” side of things, we admit…because we are off to the races with discussion about Justice League: the Joss Whedon version just rewatched by Graeme!
1:01:57-1:11:43: Ah, but then! Graeme reveals he also rewatched Green Lantern, that Ryan Reynolds thing from way back! (Well, re-re-watched it.) And whereas he initially liked it and then on rewatching did not, now is back to liking it on re-rewatching. I mean, that’s fine, right? People are allowed to like what they like right? WELL, NOT IF JEFF HAS ANYTHING TO SAY ABOUT IT! Discussed: Green Lantern, but also those two Fantastic Four movies directed by Tim Story way back in that long lost time of 2005 and 2007; Hector Hammond’s secret identity as…Hector Hammond; and more.
1:11:43-1:21:33: On the other hand, Graeme has also watched two movies, one of which is probably the among the greatest superhero movies we have, Magic Mike and Magic Mike XXL. Also discussed: Ted Lasso (finally, Jeff’s watched it!); It’s a Sin (but still hasn’t watched this); The Little Things on HBO Max; and more.
1:21:33-1:40:12: “I’m curious, did you read the Milestone book?” Graeme asks, thus alerting Jeff to the arrival on Comixology of Milestone Returns #0, a book that arrived on the system only the day prior! Anyway, as of this editing, Jeff still hasn’t read it (though he has purchased a copy, like, pronto) but Graeme runs us through the issue and how they’ve adjusted things with this reboot.
1:40:12-1:54:24: Jeff is partway through the very recent Richard Dragon, Kung-Fu Fighter: Coming of The Dragon collection and he sees some interesting connections between the Milestone books and this old ’70s title…but maybe not in the ways you might expect? (Although full points to Graeme for not only putting up with Jeff’s blather, but mentioning Batman: Soul of the Dragon, the recently released DC animated film that almost certainly explains this collection’s release). 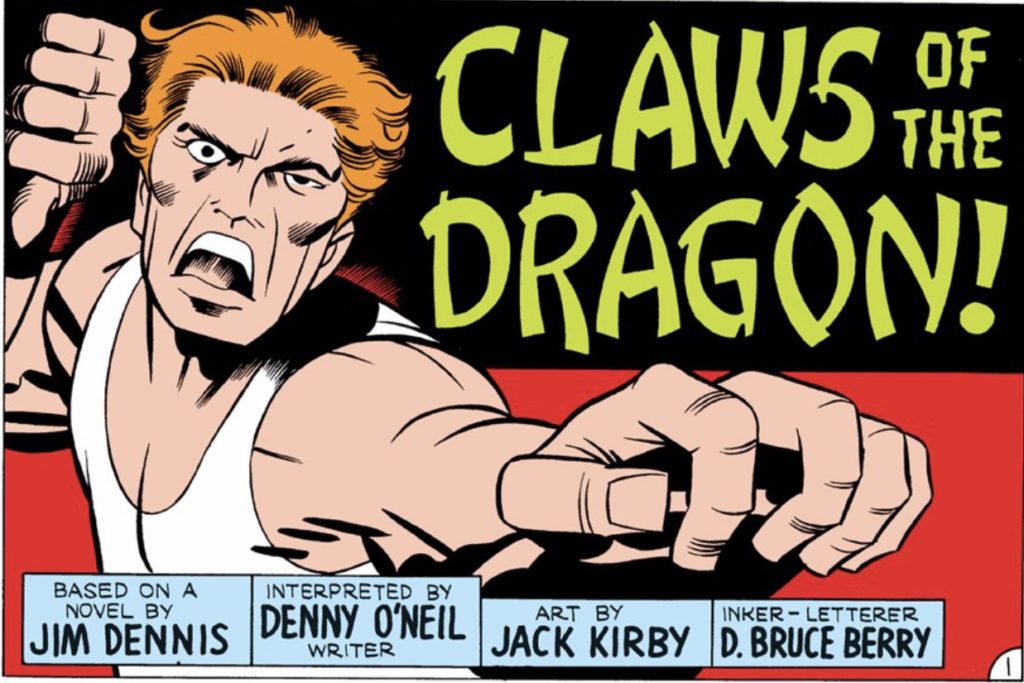 1:54:24-2:25:12: Talking about Richard Dragon (and wondering when the individual issues might hit DC Universe Infinite) leads us to talking about reading stuff on streaming. Graeme has been reading on Marvel Unlimited the current Amazing Spider-Man run written by Nick Spencer. This more or less moves into our speed round, as Jeff goes on to talk about Marvel Action Chillers #1 (also on Unlimited), and the first six issues of The Brave And The Bold from 2007 by Mark Waid and George Perez, in part because of the persistent rumors going around along the lines of “a collective of wealthy fans are going to buy the publishing rights to DC and they’re going to put Mark Waid in charge as EIC” and in part because Jeff would like to be more like Graeme who has the knack of reading not-great material in bulk and extracting things of interest from it. And this leads us into a larger discussion about Waid, Bob Haney, comics that are fun and comics that are “fun.”
2:25:12-end: Closing Comments!  Look for us on  Stitcher! Itunes! Instagram! Twitter together and separately: Graeme and Jeff! Tumblr, and  on Patreon where a wonderful group of people make this all possible, including Empress Audrey, Queen of the Galaxy, to whom we are especially grateful for her continuing support of this podcast (and if you want to read the article Jeff references in his comments, here it is!
Next week: Another week! Another episode! Another Wait to What over! Join us!