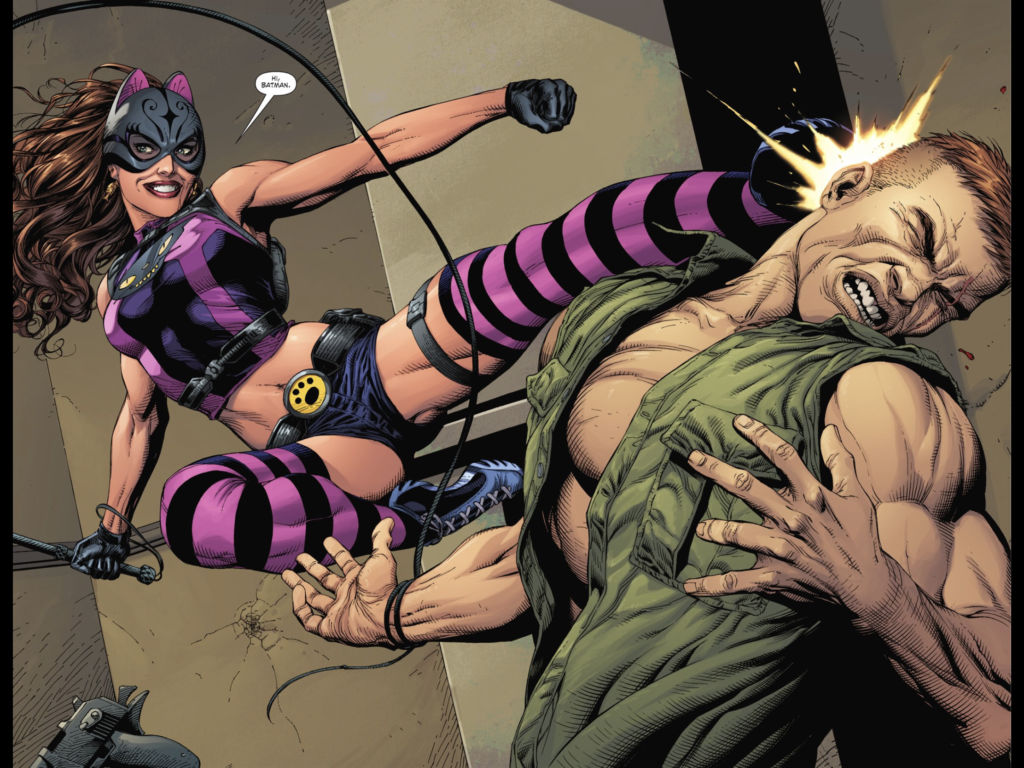 00:00-2:36:  Greetings!  And ignore Jeff’s vanquished sigh at the very beginning of the episode: as Graeme quickly explains, it’s because we had been talking for close to half an hour *without it being recorded*, and so we’re starting over. From Scratch. Again. Yayyyyyyyy. But Graeme brings you up to speed, and resuscitates us all with his natural perkiness. Then before you know it we are off to talk about….Mike Deodato’s buttocks? 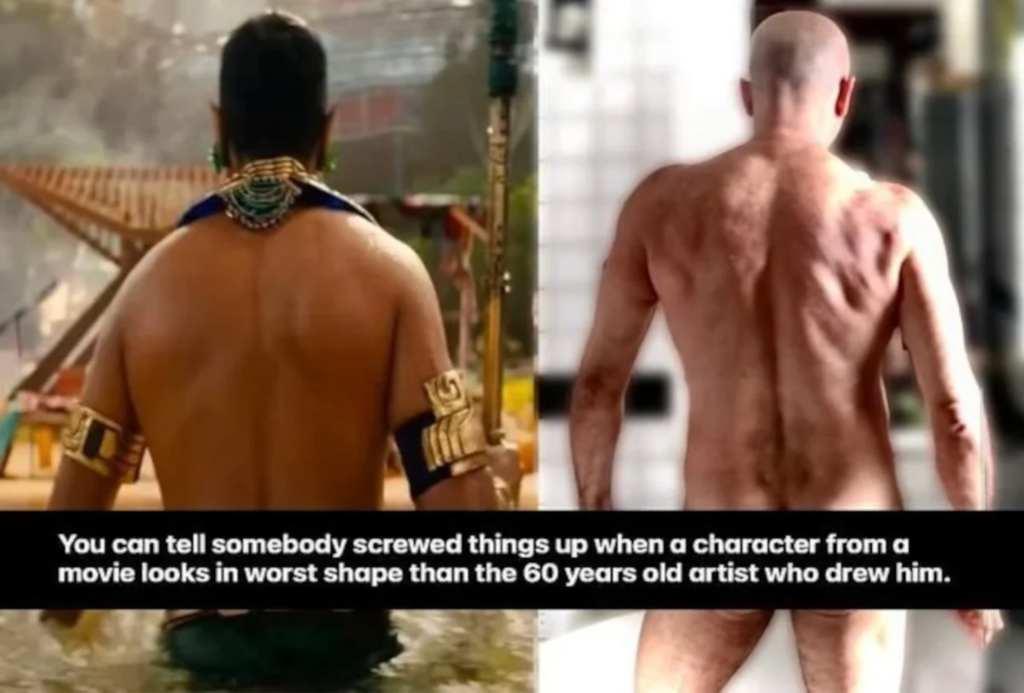 2:36-8:49: Yep, that’s right! Mike Deodato’s buttocks—and the rest of his crazy naked ass—made the news as he attempted to…body-shame the actor playing Namor in the new Black Panther movie?! It all seems a bit to ridiculous to be real, doesn’t it? To quote Jon Lovitz’s pathological liar character from SNL: “and yet it happened.” 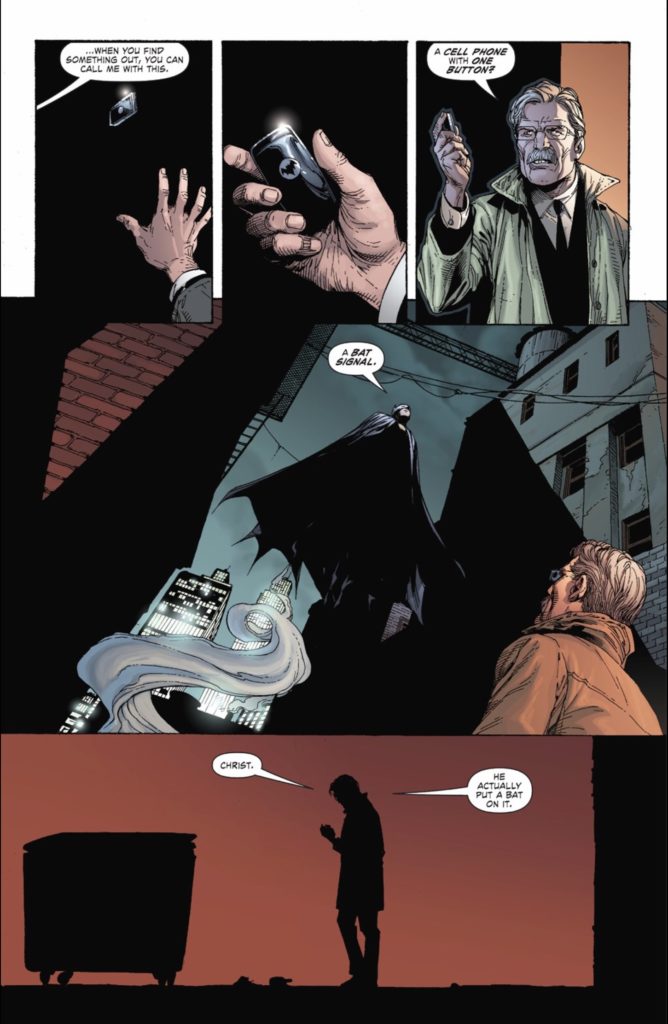 8:49-37:16: “I’m kind of weirdly salty, Graeme,” announces Jeff in what may prove to the understatement of the episode, “because I read Batman: The Earth One Collection.” “It feels very much like something I would do,” adds Graeme. Why did Jeff read/re-read the three volume collection by Geoff Johns and Gary Frank? In part because wondering why he remembers so little of, in part because wondering what parts of it might’ve made in to The Batman, the Matt Reeves/Robert Pattinson joint. It takes us a while to get going on that side of the talk because we spend a certain amount of time catching up on what Johns is up to, his imprint plans for DC that seem right on the border of self-parodic, and but also we spend an embarrassingly long time trying to remember the name of the Image he did with Gary Frank. There’s a lot to unpack at least if, like us, you can’t seem to take an item out of the suitcase without identifying it first and neither of us can remember the word for “shirt.” I guess the real Batman: Earth One talk starts around the 16 minute mark or so… 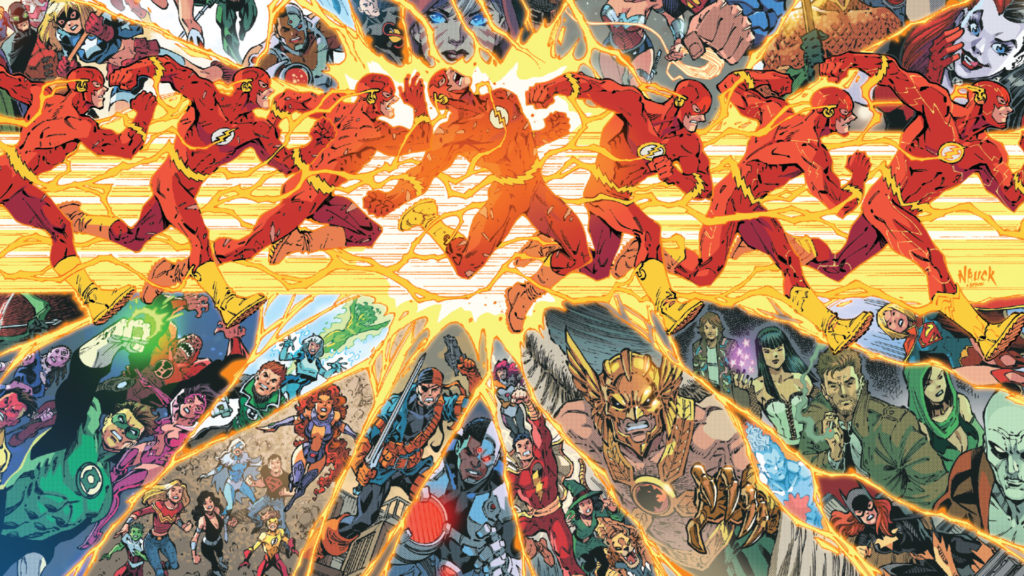 37:16-47:40: Okay, so after Jeff moaning and groaning about Batman: The Earth One Collection, Graeme has some words about Flashpoint Beyond, a mini he’s five issues in on (of six!) and, as he puts it, “I have no idea what this comic is about.” (To be fair—or, I don’t know, unfair—we should mention here in the notes that Xermanico who we normally quite like is doing the art, and Johns is aided and abetted in the writing by Jeremy Adams and Tim Sheridan.) Johns and team make some very, uh, interesting storytelling choices, including spoiling the end of Dark Crisis (on Infinite Earths) before it’s been published. Come for the befuddlement, stay for Jeff digging the idea of a cold war happening within DC, with Johns taking revenge on DC for them letting the air out of the tires of his Doomsday Clock series, and John Le Carre-esque interoffice bureaucratic shenanigans! (Bureaucratic shenanigans are probably Jefff’s favorite because they’re the only kind so slow-moving he can keep up with them.)
47:40-52:21: Speaking of the Justice Society, Jeff didn’t know that the JSA was basically the heroes of two different comic companies teaming up until, uh, some spectacularly shady stuff happened…but Graeme does, and gives us the scoop (as well as lamenting the fact that one of the hands-down best books about the early history of the comics industry, Men of Tomorrow, was written by a convicted owner of child pornography). 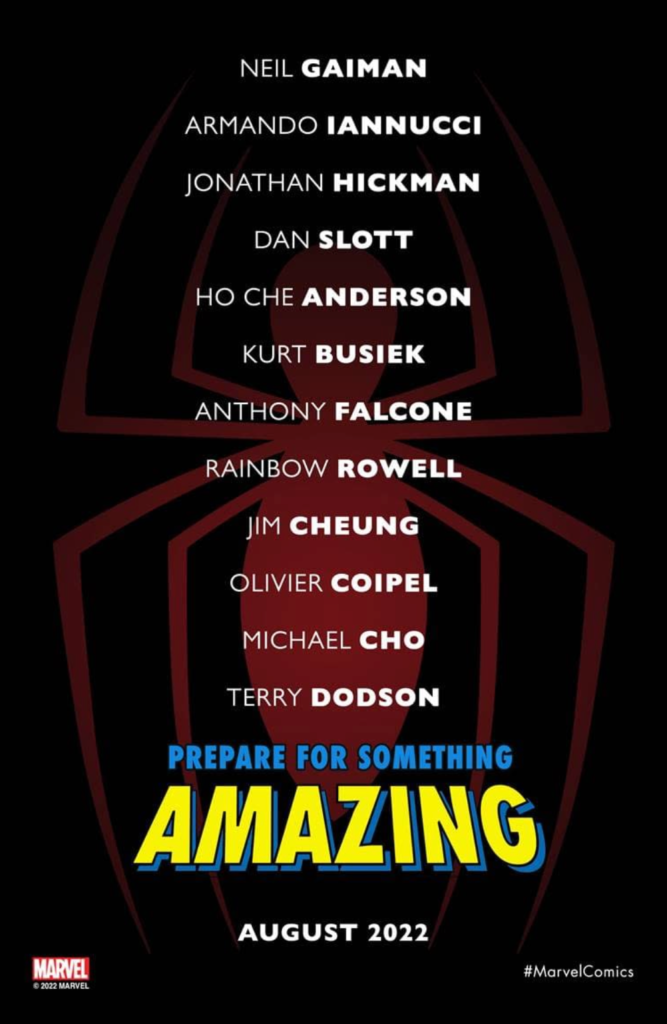 52:21-1:07:30: Perhaps smartly turning away from the relatively dark cul-de-sac we had entered, Graeme asks, “Jeff, have you read something that you liked?” And the answer, of course, is yes but maybe a far more scattered one than Jeff would have liked—he shouts out Chainsaw Man, Even If You Slit My Mouth, Kaguya-Sama: Love is War—but pivots to talking about maybe having too many manga streaming sites and maybe how some of what he’s been liking is how he’s reading more than what he’s reading? This leads us to talk about Marvel Unlimited and the stuff we’ve both recently read on there—Jason Aaron on Avengers and Punisher, Zeb Wells and JR JR on Amazing Spider-Man—and how much we want it to scratch the itch and yet somehow isn’t quite? Related to that is Amazing Fantasy #1000 which Graeme read, wanted to not be underwhelmed by (I mean…Armando Iannucci writing Spider-Man, for Christ’s sake!) 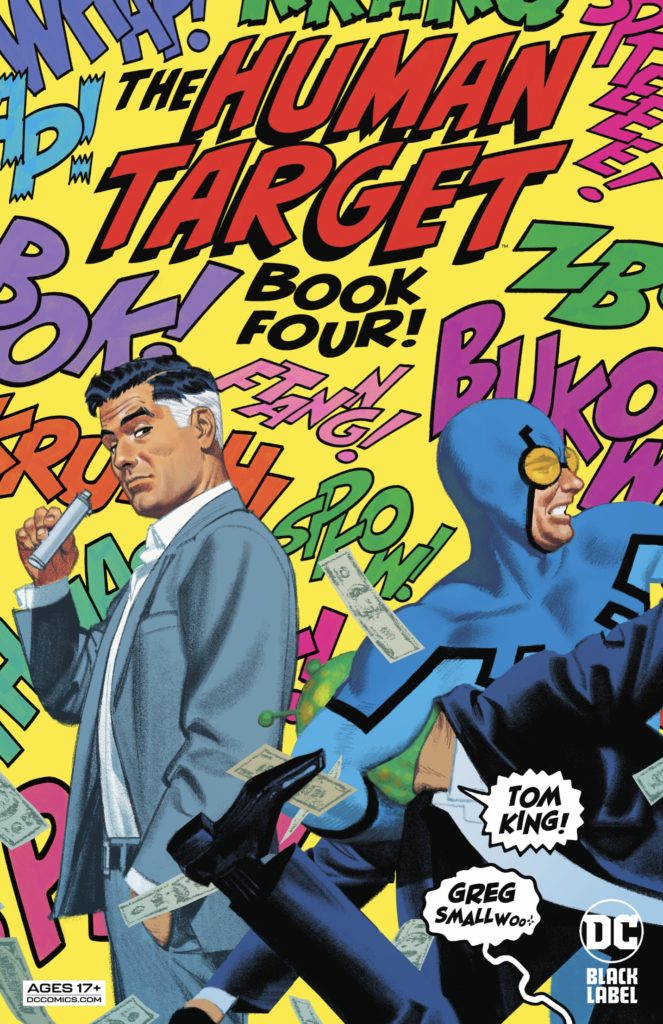 1:07:30-2:24:22: Oboy. So here is where maybe things go off the rails…or not? Thanks to DCUI, Jeff is five issues into the Human Target mini by Tom King and Greg Smallwood—and oh my god, in a way I’m so sorry we will not be spending the next hour-plus talking about our mutual love, admiration, and awe for Greg Smallwood’s art here? It’s exceptionally gorgeous which we’ve both mentioned before and will again but never really quite dig into enough about just how *fucking* good it is? But no, instead, although it ramps up verrrry slowly, what emerges is one of our semi-annual fights about Tom King’s work, and how that fight—or so it seems by the end—highlights and/or possibly amplifies our different approaches to, I guess, this podcast? It’s a little hard to unpack here, so you just gotta listen. Oh, but I’ll probably talk about some of our major discussion shifts—like for example our discussions about what we both took away from Strange Adventures and Rorschach (and boy oh boy do I wish we’d had *that* discussion while both books were still fresh in my mind). Oh, and FULL SPOILERS for the sixth issue of Human Target which came out months ago but still is not on DCUI, and also spoilers for Strange Adventures and Rorschach! And good news, this is pretty much how the conversation goes for something like a full ninety minutes so….we’re sorry? (As Graeme would say.) Oh, and among other things, we have very different readings of this but it ties into the discussion so if you haven’t read it yet, that may clarify parts of our chat.
2:24:22-end:  Closing comments! Read Volume 39 of Judge Dredd: The Complete Case Files and join us here in two weeks!  Stitcher! Itunes! Instagram! Twitter together and separately: Graeme (and not a Twitter: Graeme at Popverse!) and Jeff!  Tumblr, and  on Patreon where a wonderful group of people make this all possible, including Empress Audrey, Queen of the Galaxy, to whom we are especially grateful for her continuing support of this podcast.
NEXT WEEK:  Another fortnight wait? What? Drokk!!