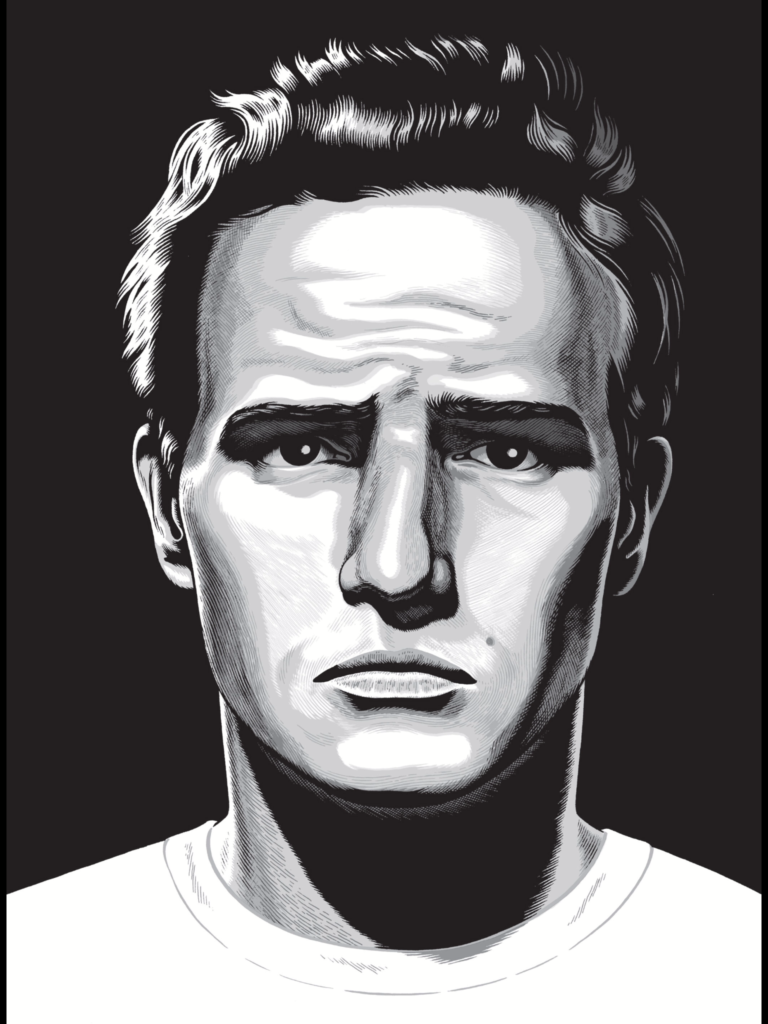 (From Abandoned Cars by Tim Lane)

First things first, make sure you don’t miss out Matt talking about that Logan movie right below this very entry, y’hear?

0:00-3:47: Greetings! This week’s opening illustrates that turnabout is fair play.  (Or does it?)
3:47-17:12:  And then, in another stunning reversal, we actually open the podcast, not closing it, by talking about the comics we’ve read recently, so we can dig into our books a little bit more than our dashed off lists at the end.  We open with Jeff exhorting people with Marvel Unlimited to go read Son of Satan #8 by Bill Mantlo and Russ Heath, and then talking about his recent reads and purchases.   Also discussed (briefly or not):  Abandoned Cars by Tim Lane (via Comixology Unlimited); vol. 5 of Girl’s Manga Nozaki-Kun; vol. 1 of Murcielago (thanks, Paul Spence!); Suicide Squad #13 Gwenpool #13; Platinum End Chapter 17; and the most recent issue (or should we say ‘the last issue’?) of Cave Carson Has A Cybernetic Eye. 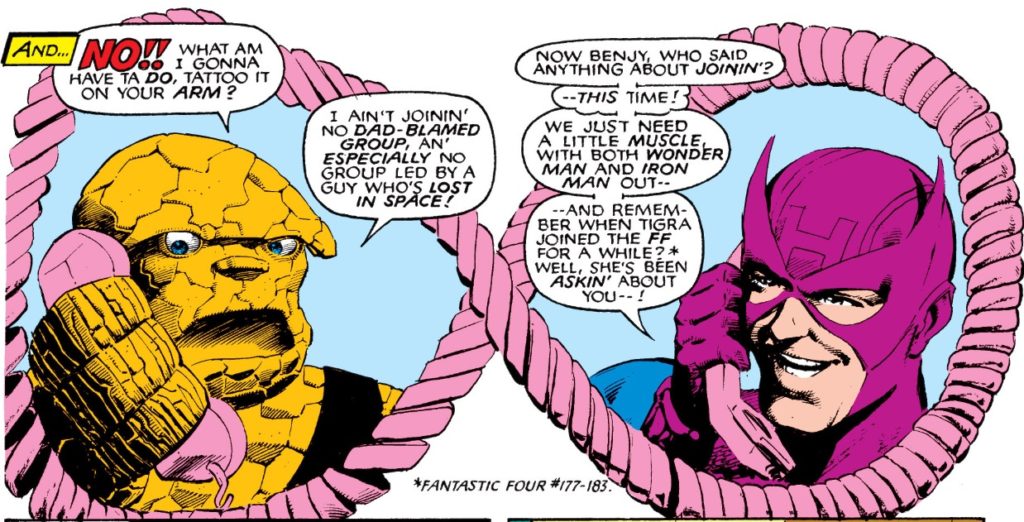 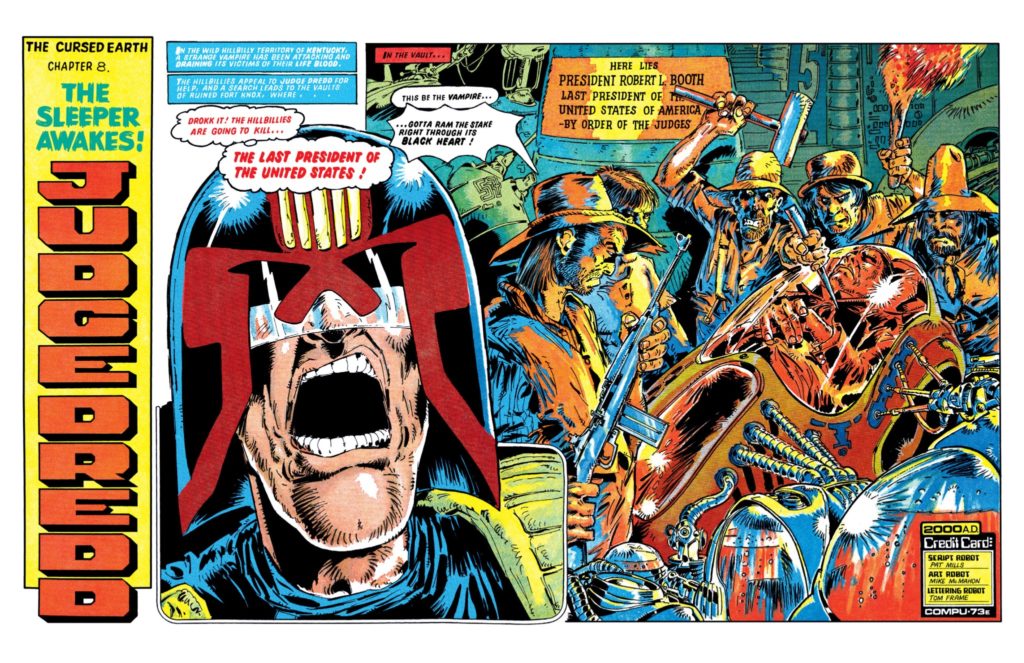 43:50-50:58: Jeff has also been reading Judge Dredd: The Cursed Earth Uncensored, and hoo boy what a read that is turning out to be! 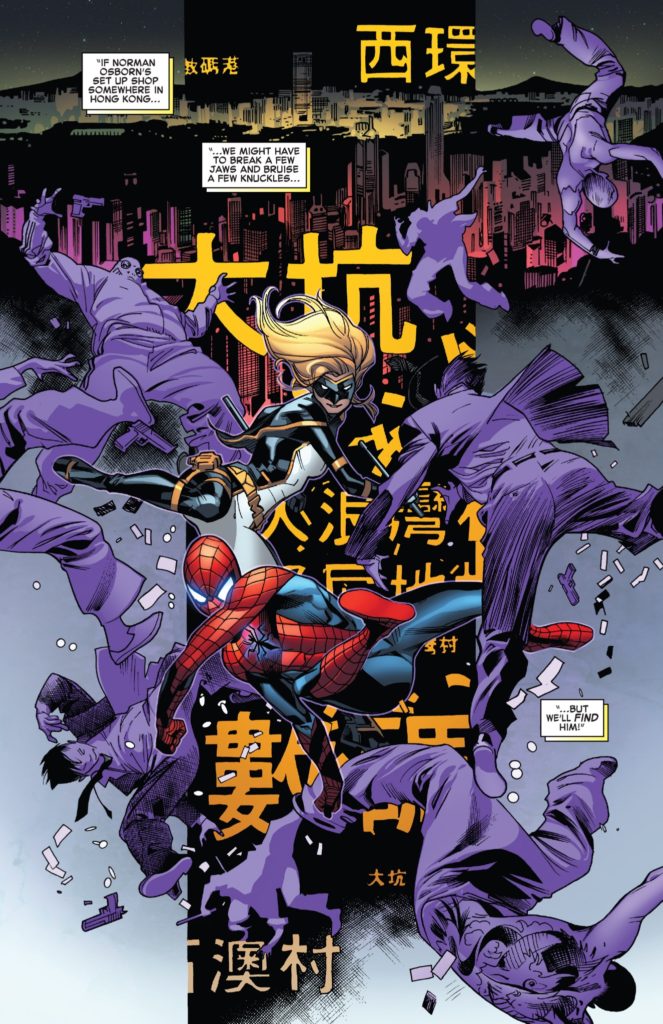 50:58-1:07:27: Next, we set our sights on Amazing Spider-Man #25, a $9.99 comic that Graeme and I both plunked down hard cash on because that’s how much we dig Hannah Blumenreich’s work.  Before we get to that, though, Jeff has some questions about Dan Slott’s Spider-Man.  Like, a lot of questions. 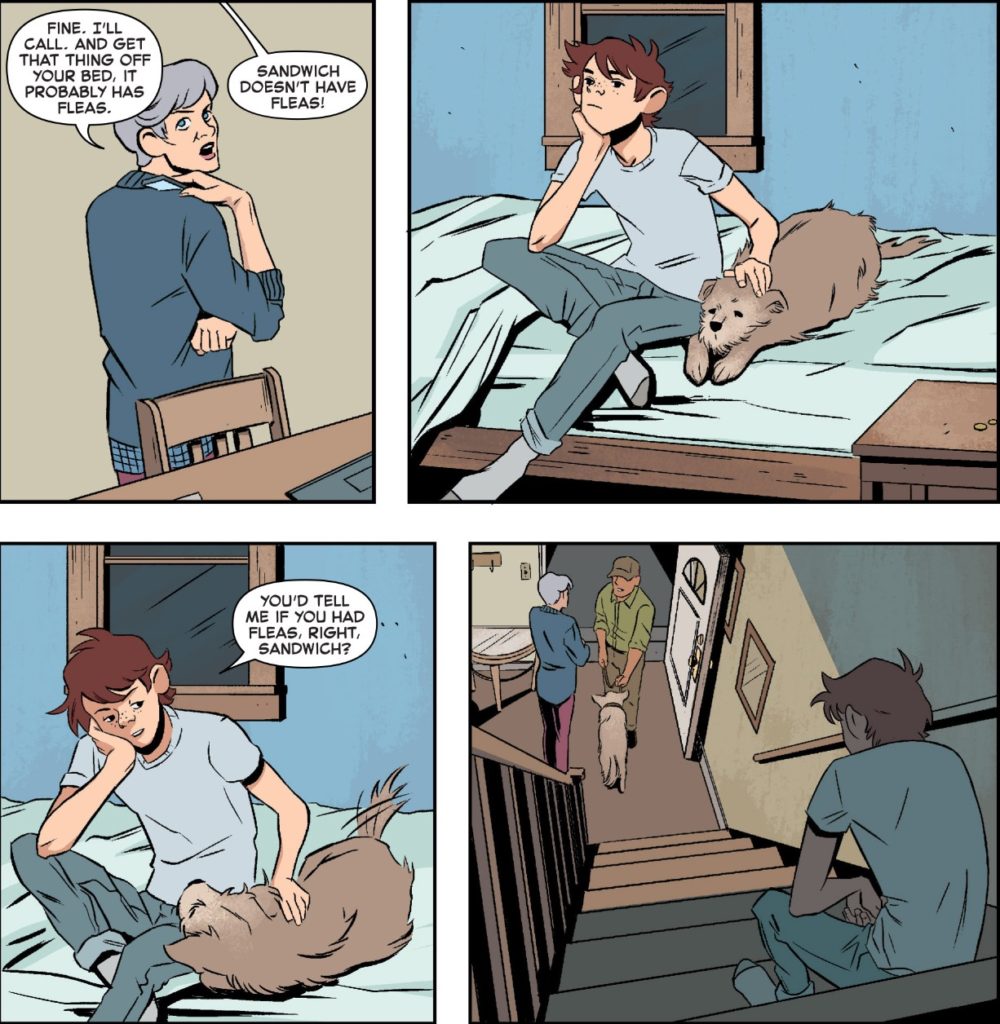 1:07:27-1:12:21:  (In case you’re wondering where we rave about Hannah Blumenreich’s “Mutts Ado About Nothing” from that issue, this is pretty much where we do it.)
1:12:21-1:23:32: From there, Graeme pivots to cover some of the other stuff he’s been reading, in particular the last six issues (and more) of the two Captain America titles, but also taking in comics like the current run on Flash, the Fraction/Aja/and co. version of Hawkeye and more.
1:23:32-1:32:23: But! Graeme is really enjoying All-New Wolverine by Tom Taylor, Leonard Kirk, Ig Guara, and others. 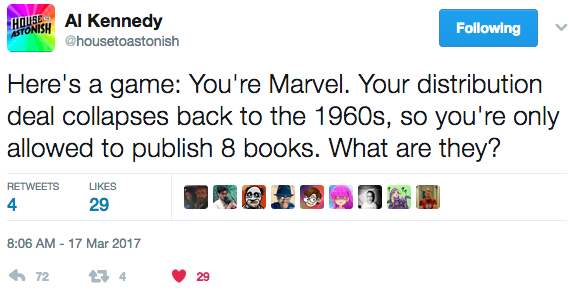 1:32:23-1:52:08:  Since we’re talking about Marvel books, Jeff wanted to talk about/overanalyze a lovely tweet from Al Kennedy that asked: “Here’s a game: You’re Marvel. Your distribution deal collapses back to the 1960s, so you’re only allowed to publish 8 books. What are they?”  We talk about Graeme’s answer, and why Jeff is being a weirdo and why he can’t answer.
1:52:08-2:05:14: And to pivot from there: when is a Marvel book not a Marvel book?  Boy, does Graeme have a very weird answer to that cheesy question. 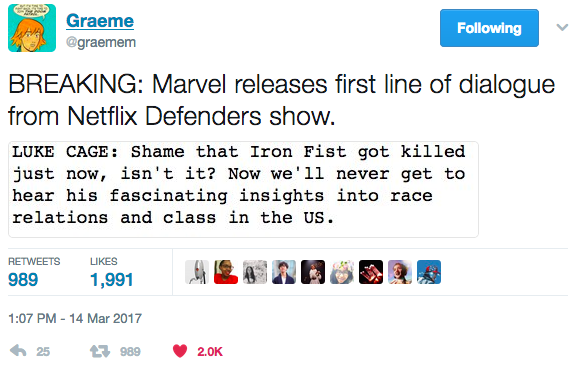 2:05:14-2:28:33:  Closing comments? Or…last minute digression to talk about the little bit of Iron Fist we’ve seen on Netflix?  (I should flesh this out a little bit more but I don’t think you’re going to get more from me than a link to Graeme’s glorious tweet).
2:28:33-end:  Closing Comments!  Look for us on  Stitcher! Itunes! Twitter together and separately: Graeme and Jeff! Matt! Tumblr,  and  on Patreon where a wonderful group of people make this all possible, including the kind crew at American Ninth Art Studios and Empress Audrey, Queen of the Galaxy, to whom we are especially grateful for their continuing support of this podcast.
Next week:  Another Wait, What?!? Hell, yes!