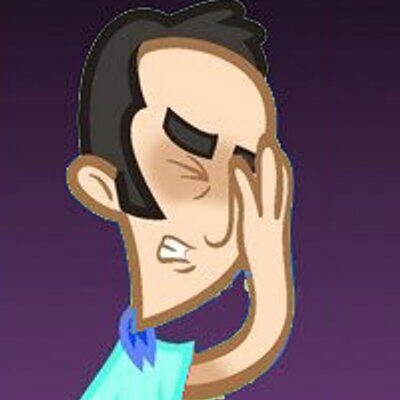 Hey, everyone!   Happy Comic-Con Week to you!  Graeme is off to cover the festivities and I am at home with some great news.

As I hope all of you are aware, Graeme and I post here once a week and that is a thing we take pretty seriously.  I don’t know if you saw me mention it either on Twitter or Tumblr (honestly, I can’t remember where) but in our first year of Patreon supportage, together we’ve written somewhere in the neighborhood of 150 posts, probably around 200,000 words, 36 episodes of Wait, What?, and five episodes of Baxter Building…and it’s been a month since, so those numbers have gone up since then.

Anyway, we’re pretty proud of that (well, I am anyway—I haven’t really pinned Graeme down on the whole thing) but we’re always hoping we could do more to keep you knee deep in good value.

Which is where Matt Terl comes in.

Matt (see attached for a rough approximation of facial features and species) is not only a patron and a long-term Whatnaut, but he’s also a talented writer.  He’s been a writer and editor for SAVANT, the online comic book activist mag from way back when; he’s been a full-time professional blogger for a big-time football team (I’m sports deficient so I always forget which one–The Pituitary Giants, or something?); has taught a class on comic book screenwriting; and has had his writing on comics published in Spin Magazine and Bookslut.

We are happy to announce that, as of this week, Matt is going to be posting weekly reviews here on Thursdays (or thereabouts), ensuring quality content during the second half of the week and supplementing our onslaught of content in the early part of the week (I never know if my Sunday posts are read at the end of the week or at the beginning of the next….)

So stop by tomorrow (and the week after, and after), check him out, say hello, and let him know what you think!  We’re hoping you’ll be as pleased with the guy as we are.

Thanks for coming onboard, Matt!  We’re pleased as punch (super-powered or otherwise) to have you onboard!