Prog 1950 of 2000AD sees the title with its strongest line-up in quite some time: in addition to the start of a new Judge Dredd story by creator John Wagner and Colin McNeil (featuring the return of long-running threat P.J. Maybe, at that), there’re also returns for Brass Sun, Defoe and Peter Milligan and Brett Ewins’ classic Bad Company, with Rufus Dayglo taking over art reins for this go-around. In theory, it’s as good a jumping-on point for the series that there’s been in years, and yet, I’m not sure how inviting it actually is for new readers.

(For those who haven’t heard the latest Baxter Building, scroll down to find it. For everyone else, click through and find me fretting.)

The problem isn’t the quality of the stories; everything — even Defoe, which I’m not normally so into, being neither the world’s biggest Pat Mills fan nor a particular reader of historic horror fiction — is at the very least enjoyable, with Bad Company being particularly notable for how easily Milligan steps back into the tone of a series he hasn’t written for over a decade, and which he co-created almost three decades ago. Dayglo, for his part, thankfully doesn’t try to ape Ewins’ work, but Jim McCarthy’s inks add a wonderful level of visual continuity with what came before; as a fan of the original strip, it’s a marvelous read. 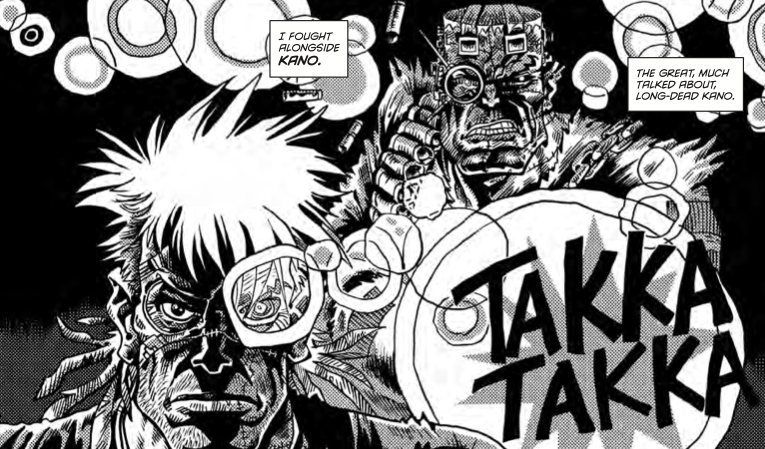 But that’s what’s wrong with the issue: it feels like it works because I know what came before. All four of the strips in the prog — both Brass Sun and Bad Company launch with extra-length episodes, so there aren’t the usual five stories per issue — rely to varying degrees on the readers’ familiarity with the continuity of each strip. Even Dredd, which can (and does) regularly offer stand-alone stories that work independently of any earlier story in that fictional universe, goes with something deeply rooted in its own mythology.

To its credit, the first episode of “Serial Serial,” the Dredd arc, offers enough information for a newcomer to know what’s going on — P.J. Maybe is a psychopath who’s been a thorn in Dredd’s side for years, and now he’s returned to taunt the lawman about a serial killer who’s claimed multiple identities. That’s not true of the first episode of Brass Sun, which is genuinely disorienting in its lack of contextualization for anyone who doesn’t remember exactly where the last series finished (Me!). Defoe and Bad Company fall somewhere in between the two, but all could have benefited from being a little more welcoming to those trying to start off 2000AD with this issue. 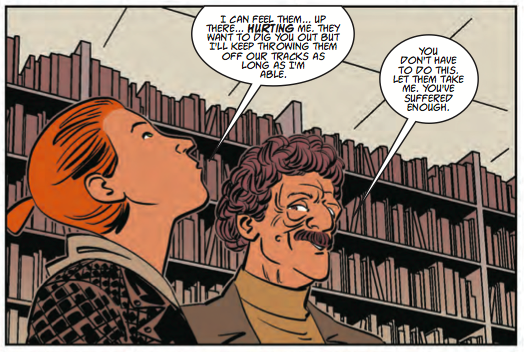 When thinking about Prog 1950 as a jumping-on point, I also got stuck on the difficulties of the series’ format for those not raised on it. Even with the extended page count, Bad Company only offers eight frenetic pages to try and explain to new readers what is going on; Brass Sun‘s ten pages were filled with spectacle and urgency, but they still end up on a cliffhanger that makes you feel somewhat confused and unfulfilled by what you’ve just read. The pacing of 2000AD by its very nature is one that requires patience on behalf of the reader, and a level of buy-in that might be alien to a lot of American audiences used to 20-22 page installments. Is it that unlikely to imagine that a newcomer would get to the end of this issue and feel confused and short-changed, and not want to come back…?

I’m not sure what the answer is to that, or how to lure new U.S. readers to 2000AD in general. Are the collections the feeder material, before introducing them to the serialized anthology format? Are the collections the format that should remain primary for American audiences not raised with the anthology format? Or am I being too downbeat about the appeal of the whole thing to people who didn’t grow up with it? Perhaps; all I know is that I really liked the issue, but couldn’t quite shake the feeling that the reason for that was that I’d been reading these stories and these characters for years, rather than them being so winning that anyone would feel that way.

One comment on “Zarjaz or Grexnix? Graeme Reads The Latest 2000AD Jumping-On Point”