Previously on Baxter Building: As Jeff and I prepare to finish up the series — the next episode of Baxter Building may be the final one! — we double back in time to take care of the last few Fantastic Four Annuals of the run. Spoilers: These are not comics that people would choose to read otherwise.

0:00:00-0:02:26: We start the episode with Jeff understandably giving me into trouble for getting the issues for this episode wrong when we set up reading plans last episode; I said we’d be doing Annual #s 24 through 27, even though we’d actually covered that one before, back in May. (How time flies…?) As it happens, our shared dislike for the issue actually acts as a great segue into talking about…

0:02:27-0:11:46: …Fantastic Five #1-5. That’s right, you thought we were going to talk about FF Annual #25 straight away? Of course not. Jeff caught up with the 1999 mini-series by Tom DeFalco and Paul Ryan after I brought it up on the Wait, What? Tumblr, and much to his surprise, liked it a lot. He (properly) compares the art to Jerry Ordway’s, and we talk about the difference in soap operatic writing when it’s rooted in joy or misery. Who would’ve thought that a follow-up series to a bunch of storylines we didn’t like by a creative team we didn’t like would’ve resulted in something that we did, in fact, like? 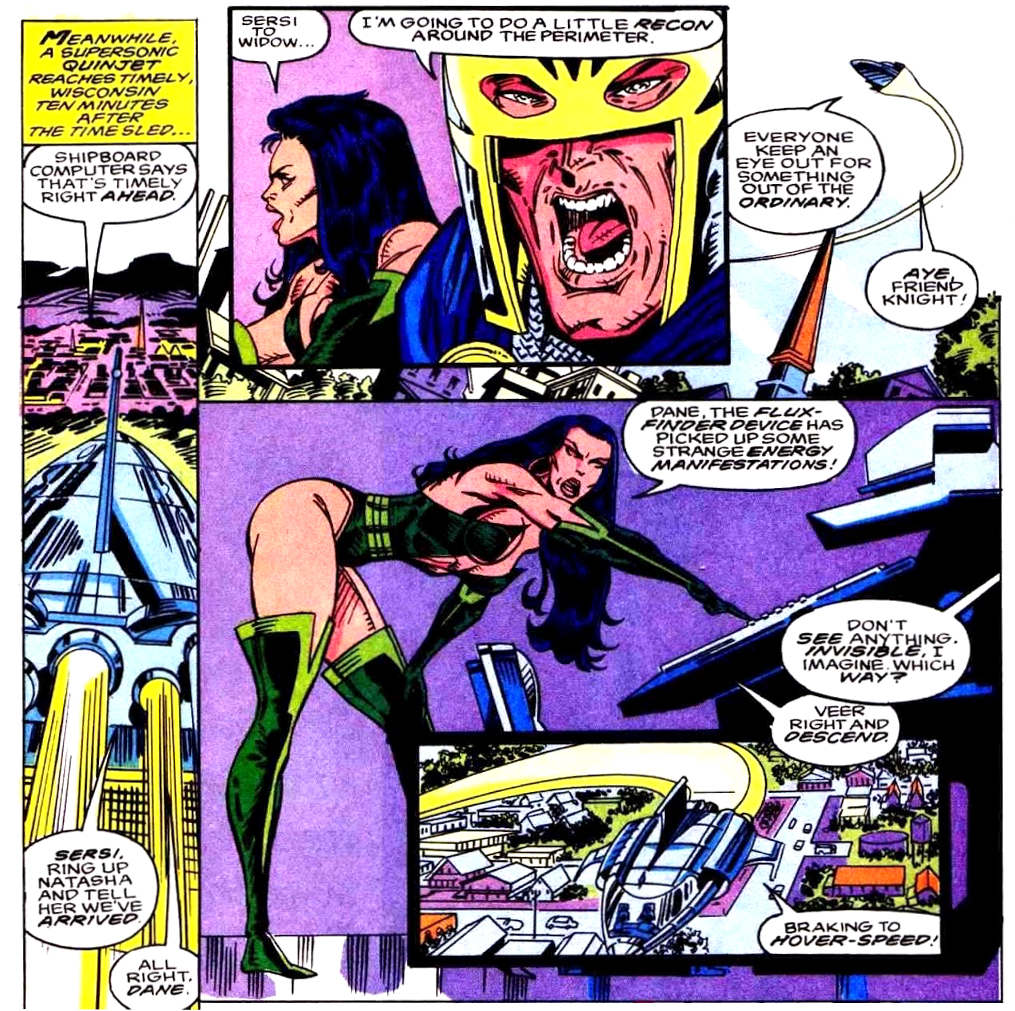 0:11:47-0:37:15: Meanwhile, in Fantastic Four Annual #25, we get immediately derailed by a discussion around whether or not Herb Trimpe’s 1990s art style was a parody or simply a very unsuccessful attempt to swipe the Hot Image Style of the season. Also, the Avengers come up with a new slogan that neither Jeff nor I are convinced by, a brief synopsis of the Avengers Annual that ties in with this issue helps us realize that Kang is into some freaky stuff — even if I don’t remember one of the details that Jeff brings up — and whether or not Mark Gruenwald’s reputation is hurt by this comic. (Yes.) 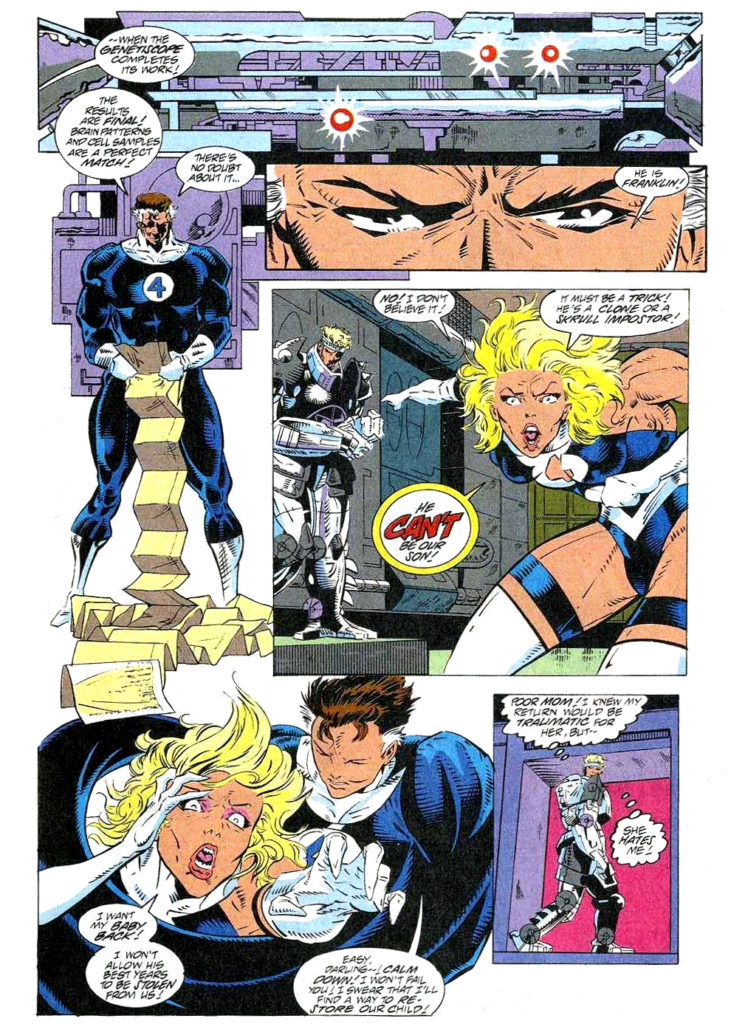 0:37:16-0:57:03: FF Annual #26 brings back one of the more memorable villains created by DeFalco and Ryan — which is to say, Jeff forgot him — and pits him against one of the more interesting, yet entirely forgotten, characters that Tom DeFalco created in connection with the Fantastic Four. Well, I say “pit against,” but one of the many complaints we have about this issue is that it manages to make all three of the protagonists bystanders in a struggle between Dreadface and a random gangster introduced and (spoilers) killed in this issue. But that’s not the only thing wrong here, because Herb Trimpe is doing the art once again. On the plus side, Jeff does dig the back-up feature, because he’s a sucker for Marvel Cosmic Concepts, so it’s not a total loss. And talking about that back-up leads us straight into… 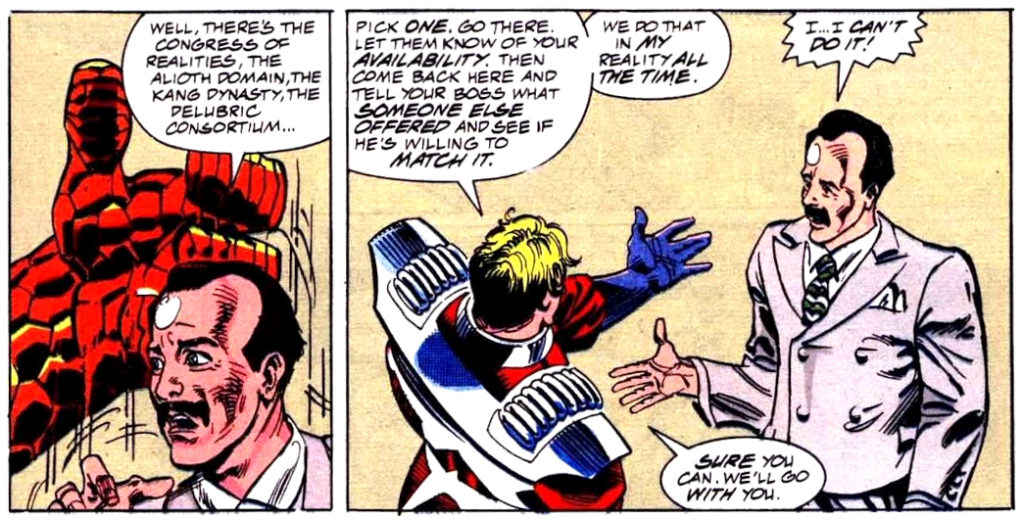 0:57:04-1:16:58: …Fantastic Four Annual #27, which sees Mark Gruenwald return to write an extended — really, over-extended — in-joke about his fictional counterpart feeling dissatisfied with his job at Marvel, no, wait, I mean the Time Variance Authority. It’s staggeringly self-reflective, yet somehow not self-aware, but you’ll be surprised how long a boring comic in which the Fantastic Four are, once again, just bystanders despite their names being on the cover actually can be. Far more successful is the back-up strip, which wins points by being far too ambitious in its own right, and also bringing back the Beyonder when everyone least expected it. (But really, did anyone expect to see the Beyonder again?) 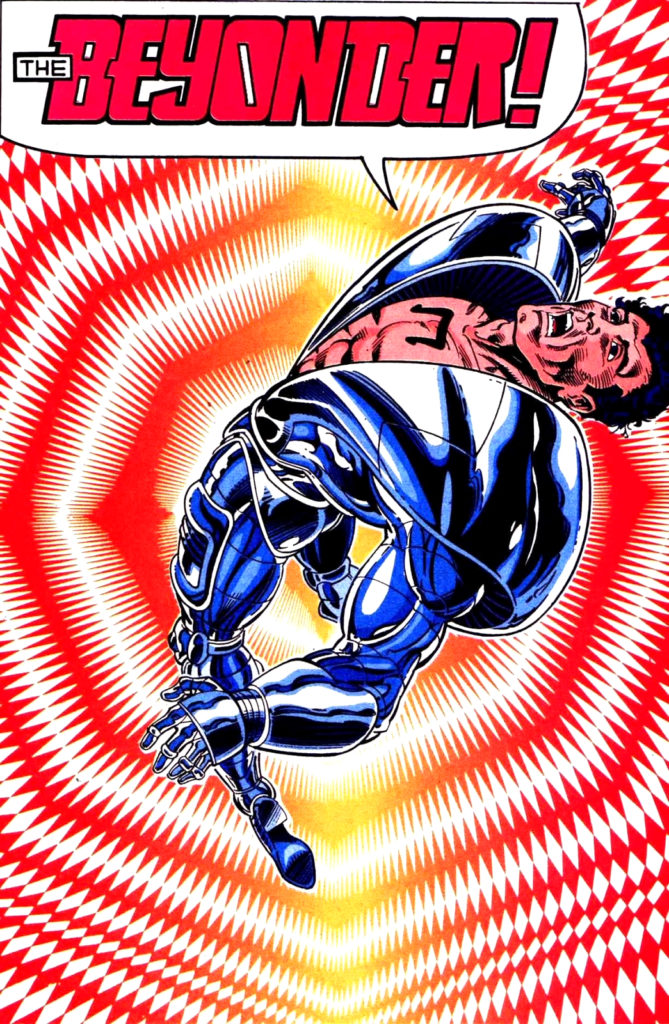 1:16:59-end: These three annuals are so bad that I raise the idea that, maybe, Fantastic Four Annuals are just bad in general, which prompts us to go back and consider when they were last good, and wonder what happened since that point. We also talk about the potential for Baxter Building to finish with episode 50, because we’re going to try to cover #406 through 416 — the end of the series — next episode. And then, we remind everyone to check out the Tumblr, Twitter, Instagram and Patreon accounts while you wait for the next Wait, What?; as ever, thanks for listening and reading. We’re sorry for all the Herb Trimpe.

12 comments on “Baxter Building Ep. 49: “That Gork’s A Living Flamethrower!””