Previously on Drokk!: As co-creator John Wagner once again takes sole control of Mega-City One, writing the series for both 2000 AD and the Judge Dredd Magazine, a new calm settles on the future lawman’s world. A calm called, “these comics are just… good, aren’t they…?” 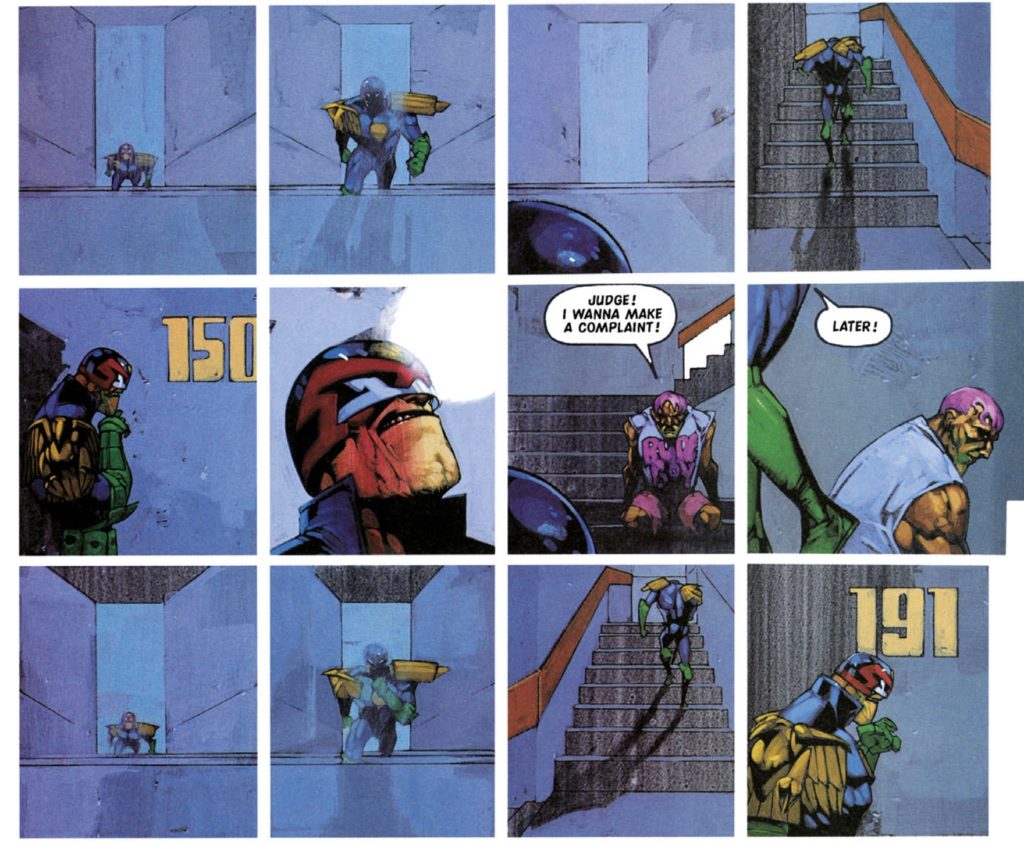 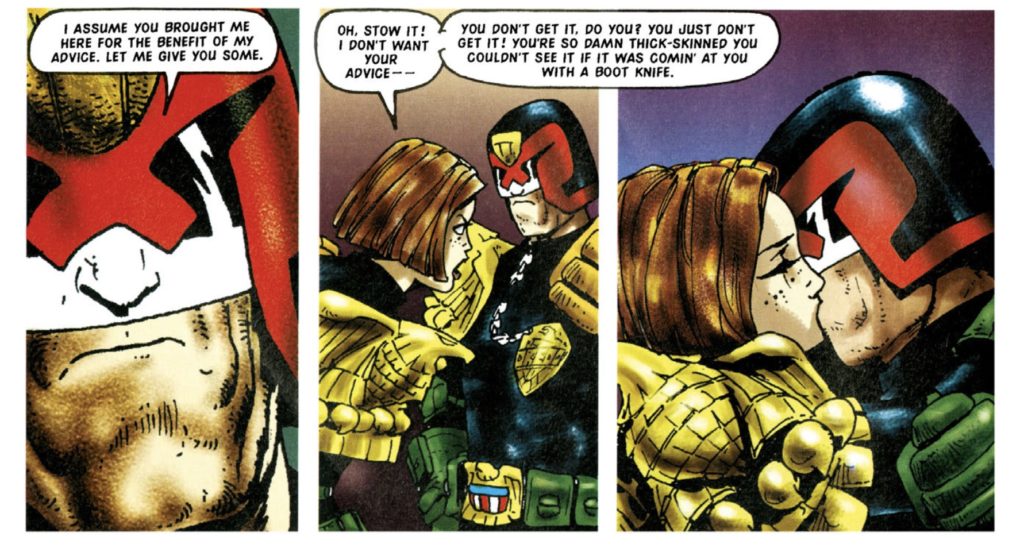 0:04:41-0:14:15: We dive into the longest story in the book, “Beyond the Call of Duty,” which is a quasi-sequel to “The Pit,” the mega-epic from a few volumes back that Jeff and I loved a lot. That’s less true here, and we talk about the reasons why: how the story underwhelms in terms of emotional arc, and hurts one of the two main characters in the process, Jeff’s comparison to the work of Joe Esterhaus (and who saw that coming?), and the unexpected debt Ed Piskor’s Red Room owes this storyline, whether he knows it or not. Galen Demarco deserves better, dammit. 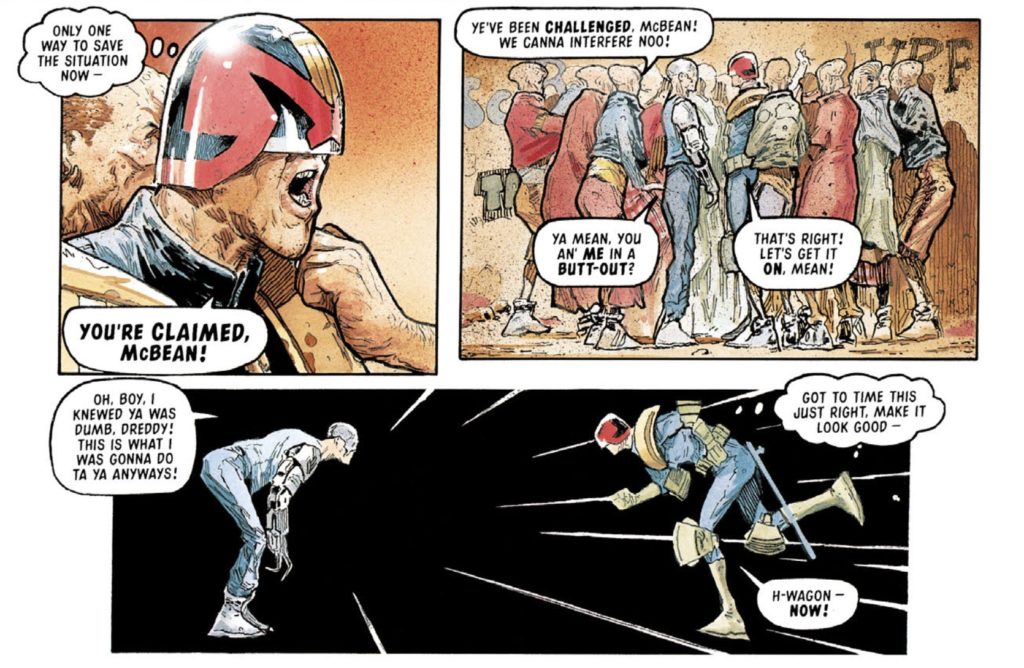 0:14:16-0:25:04: This is a really good looking book, and we talk about the art a little bit, singling out Alex Ronald, Trevor Hairsine and John Burns as standout artists — Siku, too, is a standout, but not for good reasons; we go into depth with the ways in which his work isn’t hitting the mark. In addition to my love for Ronald’s “Handbangers” story, Jeff also points out one of the reasons why this volume feels particularly strong in terms of visuals: the artists are, for the most part, getting stories that work with their strengths.

0:25:05-0:49:44: Following on from the previous episode, we talk about the return of “Judge Dad,” AKA the idea that, under Wagner, Dredd will occasionally be the voice of moral authority in a way that arguably steps outside the confines of the strip as it’s previously existed. This means touching on both “A Death in the Family” and “Sex, Lies, and Vidslugs,” two Magazine stories that see Wagner’s anger feed into his satire, with Jeff putting forward the idea that the serious stories are jokes, and the joke stories are serious, this time around; we also talk about two comedy shorts, “Vidspex” and “No More Jimmy Deans,” that feel as if Wagner is reaching for something larger than the story unfolding on the page. Also under discussion: Is Dredd soap opera, or something else? And is Wagner trying to address that very question in the stories collected in this book? 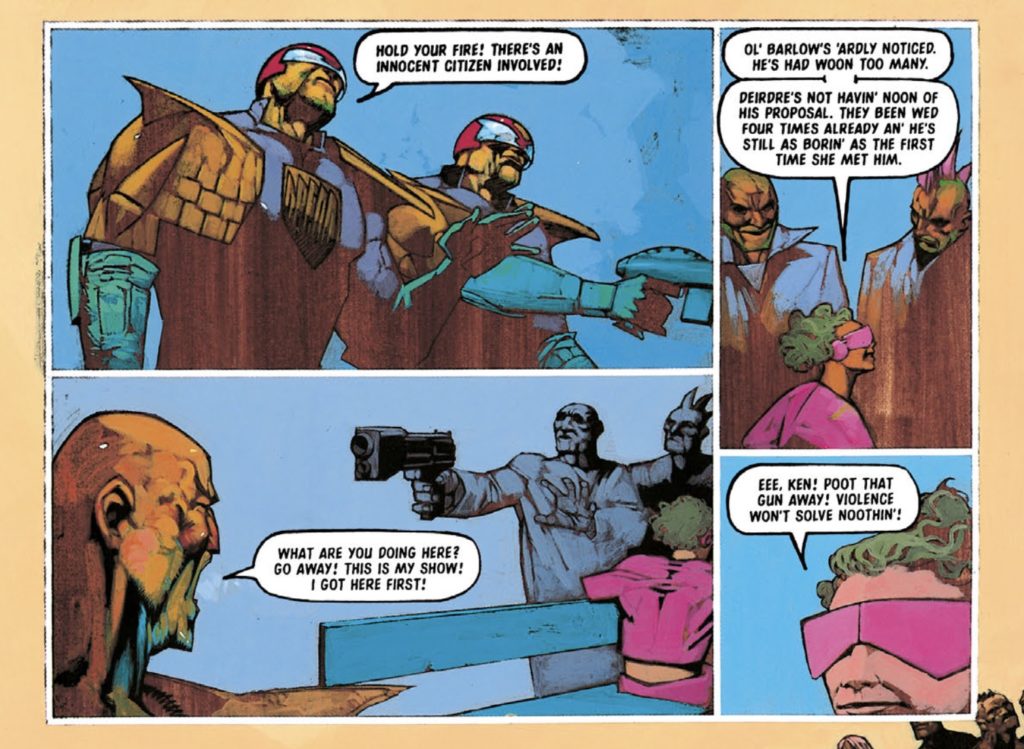 0:49:45-1:07:58: Jeff suggests that Dredd is “flatter” in this book, and we talk about that idea — and the idea that it’s actually difficult to talk about this book because, while the majority of it is very good stuff, it’s also good in such a way that we’ve seen before, and that makes it difficult to have new insight about. It really is a comfort food collection, and we go back and forth about what that really means, and if we should be concerned that there’s no particular innovation in this volume. (Short answer: Not really, because Wagner’s shown himself to recover from this kind of lull before, and also, these lulls are so damn enjoyable.) 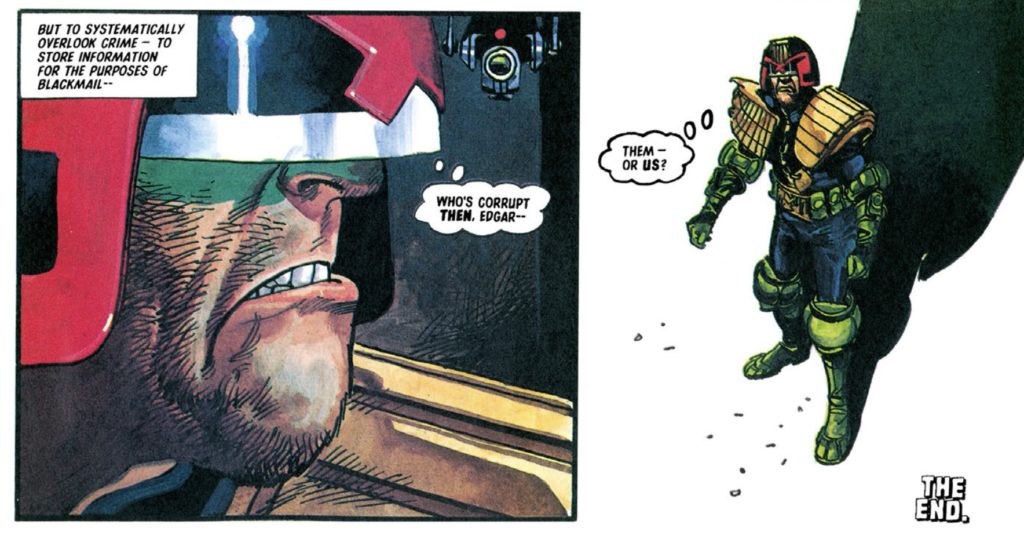 1:07:59-1:19:13: What are our favorite stories in this volume? For me, “Headbangers,” for Jeff, “Sleaze”; our least favorite story, as it turns out, is the same: “The Bouncy Brats Heist,” although Jeff leaves space for “Vidspex,” a story so utterly undermined by its artist at a time when the artist/story pairing has been unusually strong. Also, is this Drokk or Dross? The answer… won’t surprise you at all, honestly. 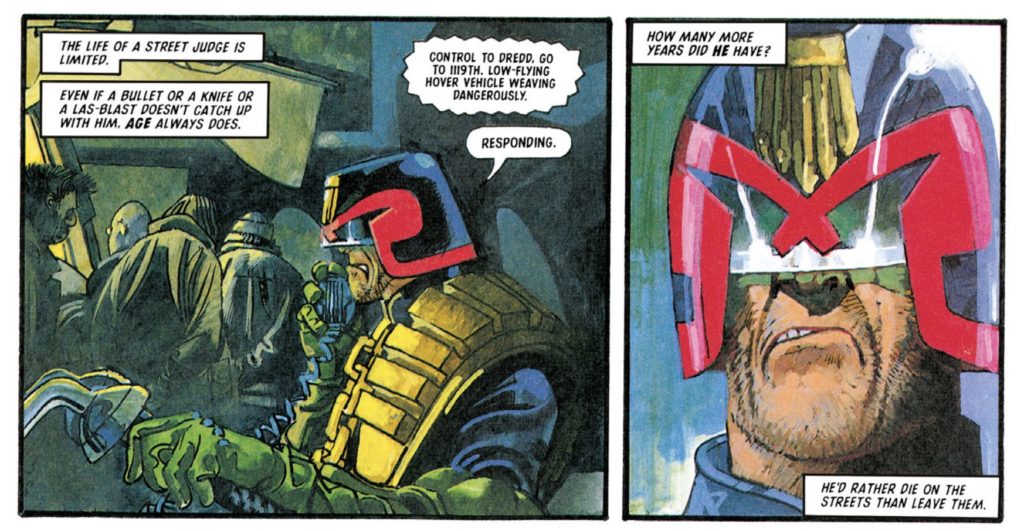 1:19:14-end: We look ahead to the next couple of volumes, before closing out the episode as we always do — mentioning our Instagram, Twitter and Patreon accounts. Next time: more Wagner, but with an unexpected return of Alan Grant, of all people. Be here in a month, dear Whatnauts, and until then, thanks as ever for reading and listening.