Longtime readers may remember, back in the dying days of 2014, that I wrote about the Judge Dredd: Year One prose novellas by Matt Smith, Michael Carroll and Al Ewing; I suspect that might have been during my last major bout of 2000AD-ism, with 2015 seeing me grow increasingly distant from that series for reasons that I can’t quite put my finger on (The exception being Dredd, which I admittedly lost touch with after Enceladus). It wasn’t that 2000AD had changed, but that I had — or, really, just that I wasn’t in the right headspace for whatever reason.

And then, this past week, I read another handful of Dredd-related prose novellas and found myself straight back into the mood again.

Unlike the previous batch of novellas, the new books — all of which are available as Amazon Kindle singles, or from 2000AD‘s online store — aren’t part of the same series; two of them are parts of a new series called Judge Anderson, Rookie (Essentially Dredd: Year One but for the psychic judge), and the other two are connected by author and subject, if officially not a pair. All three, however, are exactly what you’d want from a 2000AD book: smart, fast-moving sci-fi that’s filled with pulpy “thrill power.” 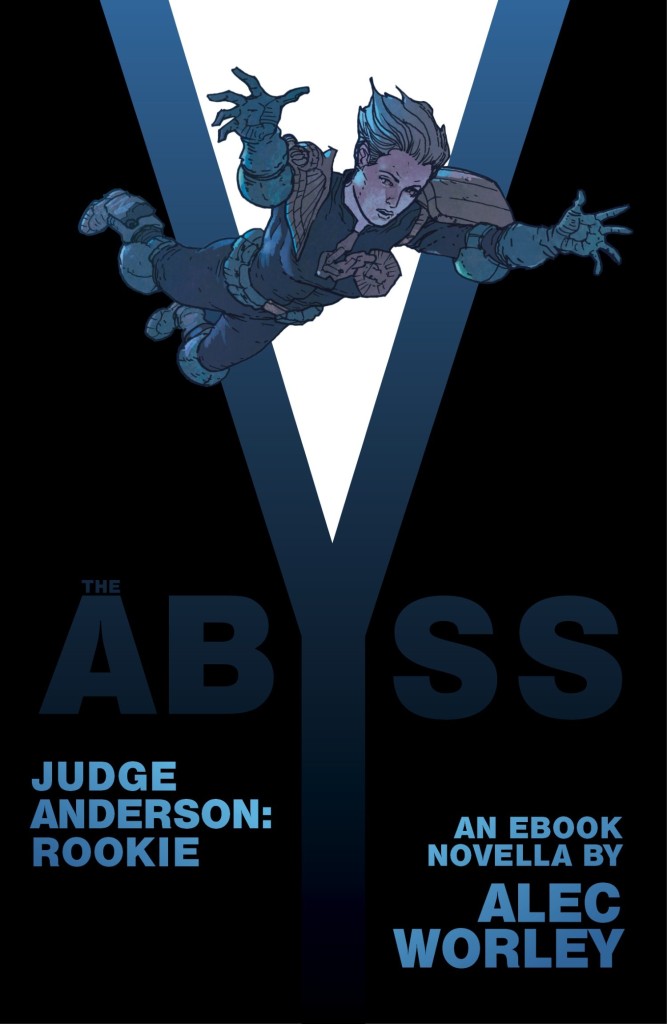 The Anderson books — Heartbreaker and The Abyss, both by Alec Worley — both manage to feel very much like a classic Dreddverse comic strip in tone, with familiar tropes and ideas (A serial killer in the first, a Die Hard-esque siege in an insane asylum in the second — which, of course, is particularly traumatic for a psychic like Cass Anderson, in a nice touch) treated with a simultaneous seriousness and tongue in cheek humor, with Abyss happily naming all manner of wards, and even a robotic nurse, after actors and catchphrases from the Carry On movie series. They’re fun, quick reads that don’t require any real awareness of the Dredd mythos going in, beyond “It’s the future, society has become fucked up and here’s a psychic cop who’s not as fascistic as her colleagues.” In other words, highly recommended for anyone looking for something else to do with their $3.49. (Cheaper than a Marvel comic!)

That said, for those who have some familiarity with Dredd, I would actually recommend the other titles I sped through: The Third Law and Judge Dredd Year Two: The Righteous Man, both by Michael Carroll, and both digging into the immediate aftermath of one of the more dramatic moments of Joe Dredd’s early career — his arrest of his twin Rico.

(The Third Law was actually published back in November 2014, and I read it back then; however, the newly released The Righteous Man is so clearly its sibling that, as soon as I finished Righteous, I went back and re-read Third Law ravenously.)

For those not up on their Dredd mythology, Joe (the Judge Dredd that everyone knows) is a twin of Rico, both of them having been cloned from the DNA of Judge Fargo, the guy who set up the Judge system in the first place. While Joe went on to become the very model of the justice system, Rico went bad almost immediately, was arrested by his brother and sent to an off world prison colony — something that all happened before the Dredd series started, and has only ever been depicted in flashbacks. But when your prose continuity is all flashback…! 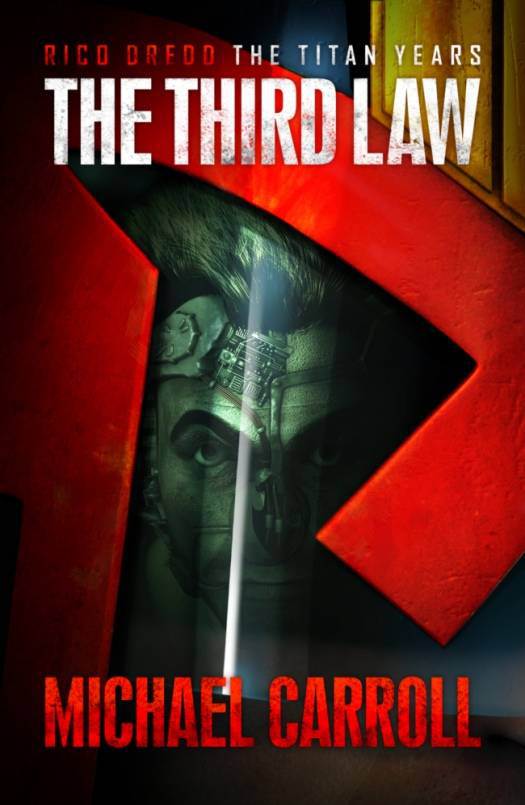 Well, okay; what’s so great about The Third Law and The Righteous Man is that both take place in the aftermath of the arrest, recognizing that fans know what happened and that what happened next is the interesting part. And it is — Carroll uses the paranoia that Rico’s arrest provokes with other Judges — will Joe also break bad, considering he’s also a clone of the same DNA? — as an excuse to send Dredd out of Mega-City One and into new surroundings to tell something that’s both a Western and a Dredd story, while The Third Law follows Rico as he is sent to prison filled with self-righteousness that’s going to get beaten out of him.

Both novels interrelate, but don’t require the other to hold together. Reading both creates this sense of… anticipation, however; a sense that the world that these stories are taking place in is bigger and more interesting as a result. It’s the upside of a shared universe, as much as we might have grown to distrust such things through years of reading superhero comics — there’s a feeling that there are only more stories to be told, and that events in each book are only setting up things that will impact both narratives going forward. It’s everything a series should be doing, and in its own way, it’s thrilling to see it done right. I finished Righteous Man and, as I said, immediately went back to re-read Third Law; I finished that and just wanted more.

And so, I’m back on the 2000AD train, catching up on progs and collections I’ve missed, eagerly awaiting new issues and new prose books (Dear 2000AD editors, a Lawless prose book would be great, please and thank you) and, in general, find myself wondering why more people aren’t as in love with the greater Dredd mythology, and also why I allowed myself to fall out of following it so breathlessly for awhile.

tl;dr? Go buy the Dredd ebooks. They’re really, really great stuff, and potentially a great entry point for those who find 2000AD too overwhelming on its own.