Well, it’s 2017 now and I am *STILL* trying to dig out from under a ludicrous pile of DC Rebirth comics. (I’ve also been meaning to respond to a question the guys asked each other on a podcast weeks ago and review all the books I read as “new releases” via Marvel Unlimited, but that’s not here yet either.)  Rebirth, you may remember, started in May of last year. At this rate, I’ll be doing my Best-Of-2016 sometime in 2019, if we all live that long. Anyway, this week I’m writing about Superman #4-14 (bringing me right up to this week in that book, at least!).

In the weird non-reboot universe of DC Rebirth, where some books have just done a cold, sharp turn toward new statuses and others have kept their statuses totally quo, this is a book that’s had to do a TON of heavy lifting. Over the course of these first 14 issues, outside of any specific stories the creators may have wanted to tell themselves, this book was determined to:

a) Establish the pre-New-52 Superman as this timeline’s actual (and only) Superman, bringing back a bunch of his accoutrements at the same time (Hi, Krypto!)

b) Establish his son Jonathan as a new Superboy

In that span, the book also manages to firmly bring Darwyn Cooke’s New Frontier into continuity; feature guest appearances from such wide-ranging DC characters as Hacken (from Garth Ennis and John McCrea’s Hitman), Frankenstein’s monster (the Seven Soldiers version), and Swamp Thing; and resolve the ongoing issues of Superman’s powers not working on the Rebirth Earth. While also, oh yeah, telling a few stories. 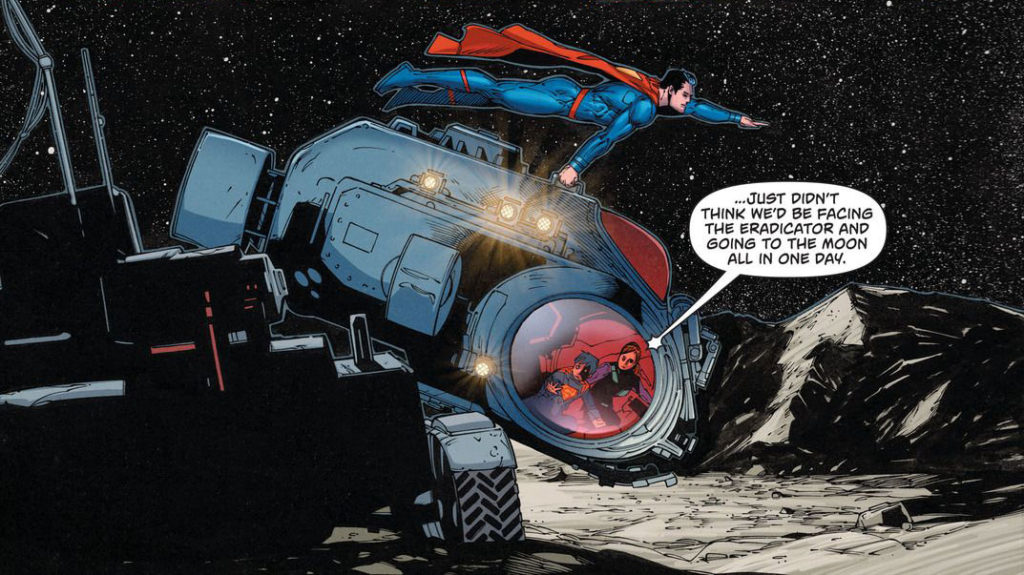 I’m sure that some (maybe even most) of that was right in line with what Gleason and Tomasi wanted to do, but there’s a lot there that feels editorially-driven as well, and at an absolute minimum I give this book enormous credit for not simply reading like an endless parade of continuity spackling. It’s ultimately one of those books that I don’t like quite as much as I want to, but it’s definitely a book that’s trending in the right direction.

Which is a polite way of saying that I absolutely detested the initial storyline, six issues that redefined the idea of Superman’s never-ending battle, mainly by showing a fight against the Eradicator that feels like it goes on FOREVER. It was just a never-ending stream of pontificating about the spirit of Krypton and blah blah blah, in an enormously irritating “ROBOT VOICE” letterface, cut with scenes of Jonathan and Lois trying to figure out how best to help and/or protect each other. At two issues, it would’ve been a mild irritant. At six, it made the start of the book a slog.

Things lighten up from there, with:

That last gripe is particularly sad for me–I generally adore alternate realities in all media–and probably not at all the fault of this creative team, but it speaks to a core problem with Rebirth: either you want us to care about the multiverse or not. Either we care about the endless rewriting of (and wiping out of) timelines and parallel worlds or we don’t. This issue–and this series as a whole–really hangs a lamp on that conflict, again and again and again. Hopefully the continuation of this series will resolve it, not make it worse, but I worry. 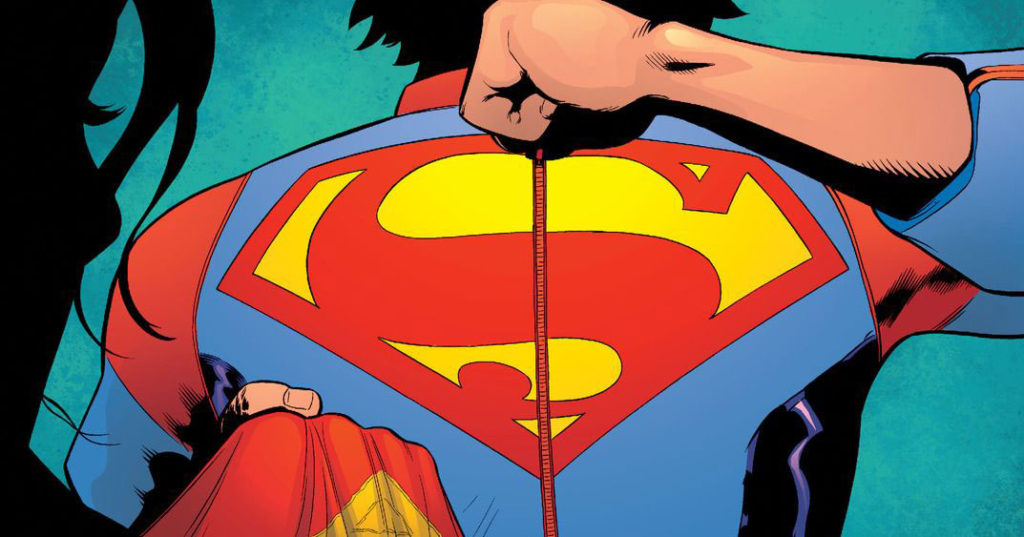 Gleason’s art is frustrating to me, because on an image-by-image basis I absolutely love it. I love those smooth lines, expressive (even cartoony) faces, dynamic (but not disruptive) panel layouts. And yet somehow on a storytelling basis, it regularly leaves me confused, going back to reread for clarity. I also wonder if the occasional over-dialoguing is trying to solve that problem, as it always seems slightly worse on issues that Gleason pencils. I would love to see Gleason work from layouts or breakdowns by some rock-solid master of storytelling–like Keith Giffen (reprising his 52 role) or Chris Samnee–just to see how differently it all plays.

That feeling isn’t helped by how much more readable the Doug Mahnke issues are–the Dinosaur Island and Frankenstein arcs are both Mahnke-pencilled–especially since I have the opposite reaction to Mahnke: his work never used to excite me when I’d see it, but I’d never have any problem following his storytelling. He seems to have tweaked his style somewhat, recently, though–there were multiple times when I’d get distracted and think I was looking at Gary Frank work–and on the whole I found it very enjoyable.

Based on these issues, I think this book stands as the apotheosis of what I’m feeling about Rebirth: it’s a rock-solid comic that feels much more foundationally stable than the New 52 books ever did, while also allowing for a lot more tonal fluctuation. But it’s also occasionally hamstrung by its own conflicted attitude toward the importance of continuity, and how much time it spends simultaneously worrying about that and not worrying about it. 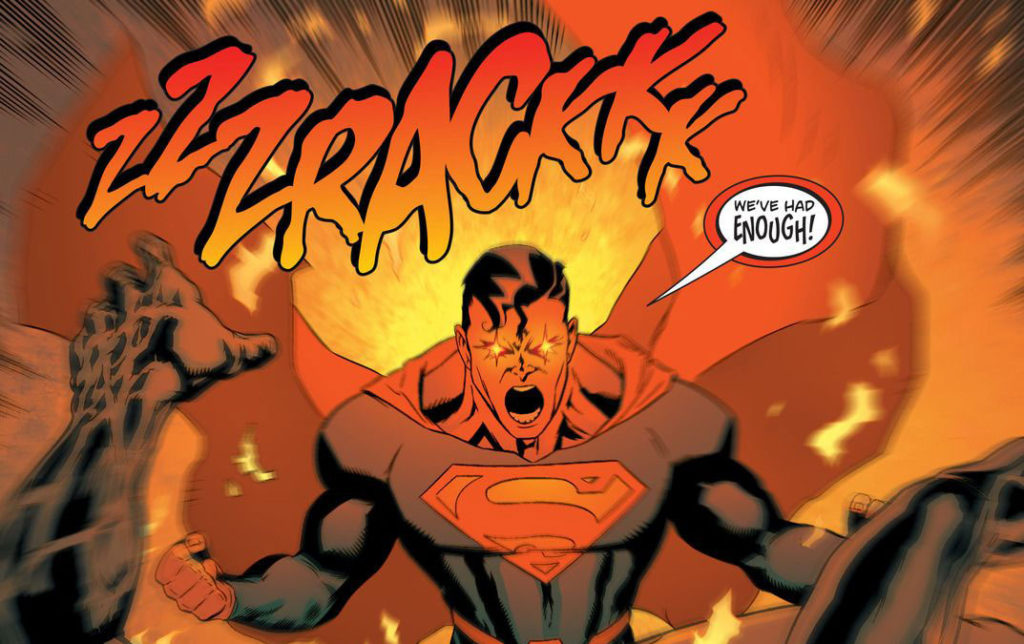