I’ve written before, I’m sure, about the cognitive dissonance in listening to the Beatles for the first time at any point after, say 1990-something; it’s not just that the work is “old” — although, let’s go with “classic,” that feels more respectful — but that it’s been entirely stripped for parts to the point where everything that once felt revolutionary or novel about it feels everyday or even tired; at best, you have a feeling of “That must have seemed amazing back then!” 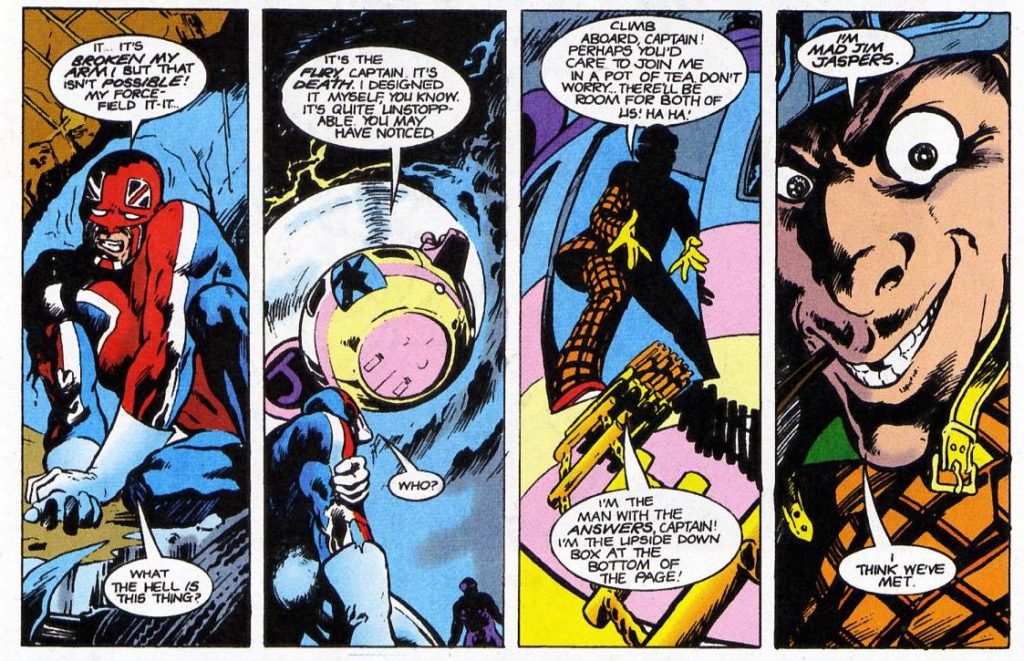 Re-reading Alan Moore’s Captain Britain evokes the same response; I’m sure that this all felt revelatory when it was being published back in the 1980s, but I can’t get through it today without thinking, “Oh, there’s a bit that feels like Grant Morrison told the language for Zenith, and that’s something that Mark Millar nicked for Saviour” and so on, and so on, and that’s even before considering the pieces of the mythology that Moore introduces that are similarly borrowed from other sources (Ever since I first read these stories in the mid-90s, I thought that this was in part a homage to DC’s multiverse, I admit).

Of course, like the Beatles, this doesn’t mean that the work is bad, per se — find me anyone who disagrees that Revolver is a slice of sunshine in musical form and watch me go — but Moore’s Captain Britain is a curiously slight piece of work; more, even, than Marvelman or any of his 2000AD work, it feels like something where he’s still settling into his own style, and not even reaching it within the series. There’s more than feels Moore-esque than authentically Moore, which could potentially be a selling point, depending on your feelings towards the bearded bard of Northampton.

Taken as a whole, Moore’s Captain Britain — and the very brief stint of writer Dave Thorpe, who precedes him — is a jarring shift from what came before, jettisoning the tone of both previous attempts as well as much of the status quo and cast list, but it’s unmistakably a successful reboot of the character. Even before Moore arrives, Thorpe has conjured up something that stands on its own feet, with an off-kilter appeal; it’s absurd and unmistakably “British” in a way that the original version never managed and the second version wasn’t interested in, and I’m curious to imagine where it could have continued given the chance. There’s a class warfare element to it that feels fitting to what little I remember of the U.K. at the time (I was… eight? Nine?) that feels oddly thrilling to this day, to be honest. 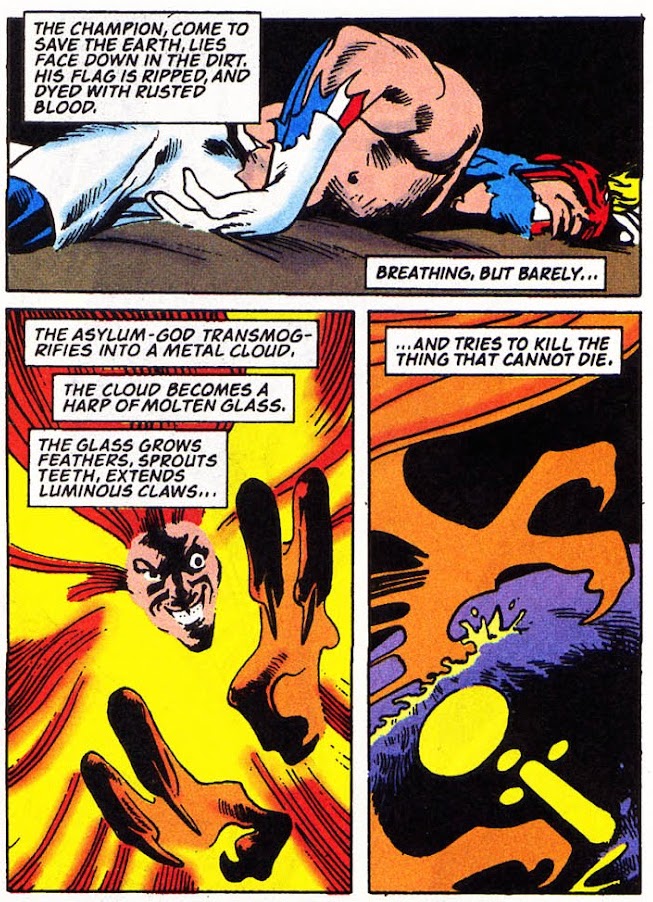 Moore’s arrival pushes the series dramatically away from Thorpe’s whimsy, with Marvel’s so-called “original writer” still in what he’d later describe as his bad mood period. Moore’s Cap is amazingly, impressively humorless and grim, filled with unstoppable killing machines and dead superheroes and fascist governments. In these morose pages, there’s the template for Marvel’s early 21st century output all laid out and taken more seriously than they managed, and despite my desire for some leavening of the mood — even in these awkward early pages, Alan Davis could draw great happy people, dammit, if only he was ever given the chance — it’s impossible to argue that this doesn’t work.

For all the missteps on show (and there are many; Moore’s dialogue is far from his latter floridity, instead veering between stilted and expositionary, and the short episodes wreck any attempts at coherent pacing, with the result feeling like the bastard stepchild of 2000AD and Marvel’s American monthlies that is obviously was, to name but two), this is the first Captain Britain that manages to feel like it is more than parody or half-hearted attempt to breathe life into an idea that needed another couple of passes before seeing the light of day. Time hasn’t necessarily been as kind to it as it has been to other early Moore stories, but between his clear, dogged determination to give it his all and his excitement at getting to do superheroes for the first time — or, at least, one of the first times? — there’s enough here to make it feel properly successful for the first time in the poor Captain’s career.

The unsung hero during these stories, meanwhile, is Davis, who literally becomes the artist fans are familiar with during this period; you can see him refine his quirks and his style across the pages, with figures becoming more solid and page layouts becoming more confident as he goes. And yet, he feels out of his element in a strange way that’s difficult to understand. Is it that he wasn’t given a chance to shine with Moore’s scripts? That seems unlikely, considering the latter’s pronounced tendency to work towards his collaborator’s strengths. Was the subject matter not to his interests? Perhaps — in the collected edition I read these stories in this time around, Davis provides an introduction where he talks about his desire to do a straightforward superhero story, and that’s definitely not what Moore is offering, after all. Or maybe he simply wasn’t “Alan Davis” yet, and I’m unfairly comparing him with later work.

Nonetheless, the combination of Moore’s eagerness to move away from cliche and Davis’ growth as an artist make the third incarnation of Captain Britain the best yet. But his pre-Excalibur career wasn’t finished yet…

2 comments on “The Basic Elements Are Given Back To The Ocean: Graeme Continues Captain Britain‘s Career”