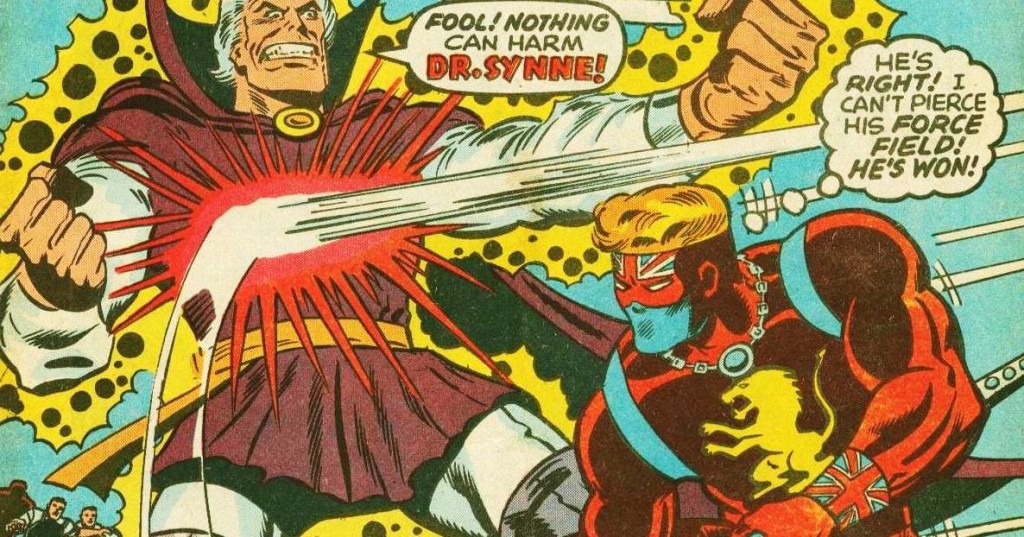 Fun Fact #1: The original Captain Britain comic book series lasted 39 weekly issues. Fun Fact #2: 11 of those issues are taken up with a storyline so long and boring that, at one point, a next issue blurb begins “Next Week: Absolutely the final chapter,” and it’s not actually true. Fun Fact #3: It’s not surprising that almost everything of the set-up that was created for the first Captain Britain series was abandoned after the series was finished.

The pre-Excalibur existence of Captain Britain can be easily divided into different eras: the 1976/1977 weekly series, the Black Knight serial that ran in Hulk Comic soon thereafter, the Dave Thorpe/Alan Moore material from Marvel Super-Heroes and The Daredevils (Really, the Moore material, but Thorpe’s stuff exists as an uneasy set up for it), and the Alan Davis/Jamie Delano series that followed.

Of these, everything prior to Moore has been jettisoned to varying degrees: yes, Captain Britain is still called Brian Braddock, and he still has a sister called Betsy and a brother called Jamie, but each of those three characters is unrecognizable today from the versions created by Chris Claremont and Herb Trimpe for the mid-70s series. A lot of the reason for that is undoubtedly the fact that there’s very little memorable about the original versions of these characters beyond their unusually exotic careers — Brian was a student nuclear physicist, because of course, whereas Betsy was a pilot who’s also a model (the latter being an invention of later writer Gary Friedrich, who possibly just didn’t remember that Betsy had a job when she first appeared) and Jamie a race car driver — although that doesn’t explain everything else that’s tossed by the wayside: whither Jocko Tanner and Sandy York today?

(I like to imagine Jocko — essentially “Flash Thompson’s British cousin,” for want of a better description — is now teaching gym at the Braddock Academy; someone somewhere can make that a piece of Marvel canon, right?) 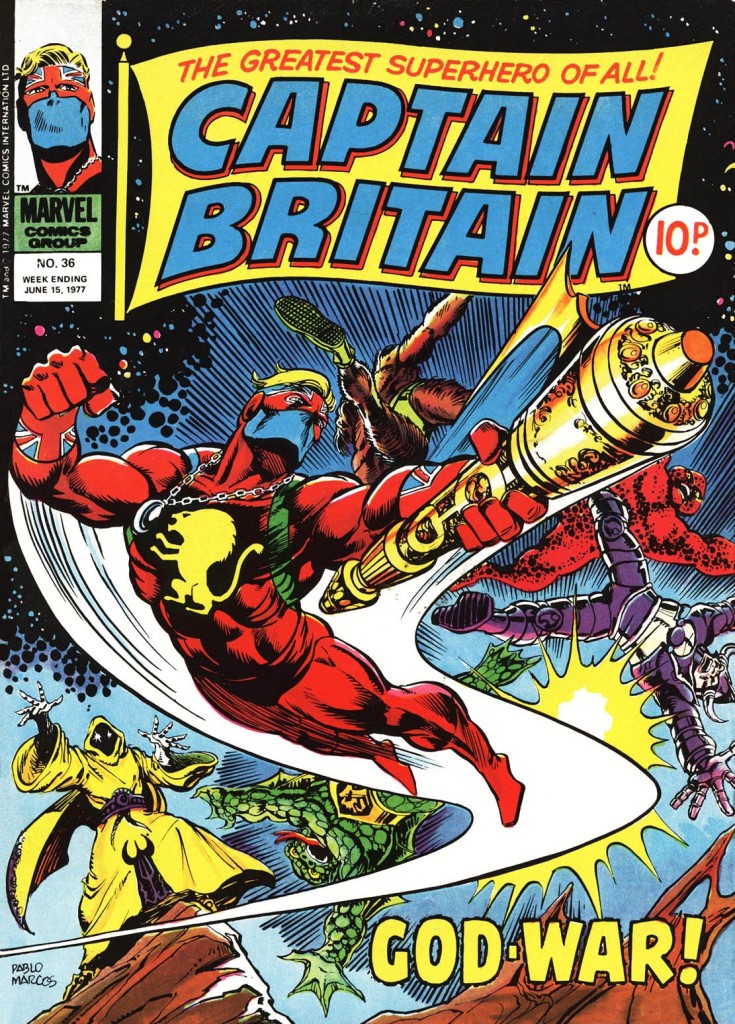 For all its faults, and there are many, there’s a lot of retro charm to the weekly Captain Britain series, especially during the Claremont/Trimpe era. It’s bargain basement Spider-Man, of course, but done with such prime 1970s Marvel appeal that it’s hard to deny. We’ll never see the likes of Hurricane, Dr. Synne or Joshua Stagg — The Reaver again, and there really is something sad about that; they had their charms, with their eye-catching designs and their clunky backstories.

Claremont was attempting some kind of long game in his issues — he wrote the first ten issues of the series — laying down subplots that no-one else would pick up again, ever. Betsy being brainwashed to betray her brother? Nope. The Vixen’s paramilitary outfit robbing banks? Not at all. And don’t get me started on Inspector Kate Fraser, who appears twice and says things like “I’ve died too many times to wish death on anyone else, no matter how evil he is.” Chris, what the hell was going on there and why didn’t you ever come back to it in Excalibur?!?

Once he’s off the book, Gary Friedrich takes over and swiftly gives the impression that he’s never been to the U.K. but has certainly seen some British movies from the 1940s and ’50s, judging by the sharp rise of use of the term “chap.” Friedrich — and co-plotter Larry Lieber, who’s also editing the strip — are the ones behind the endless, exhaustingly boring Captain America storyline that runs more than a quarter of the series’ run and spares no cliche in an attempt to raise reader interest, even as it destroys any logic or momentum in the story itself: The Caps are dead! No they’re not! The Prime Minister is kidnapped! Because there’s a bomb in Big Ben! But there are neo-Nazis storming London! And the Prime Minister is free! And the bomb isn’t a bomb! And so on, and so on.

That storyline runs so long that Trimpe actually disappears midway through, replaced by an even more impressive art team: John Buscema and Tom Palmer, who make the stories look far better than they have any right to, despite increasingly lackluster scripting and plots that involve Merlin being revealed to be an alien, because… Okay, I really have no idea, to be honest. Still, that’s better than what followed, as the series was cancelled but the strip moved into Super Spider-Man, a weekly anthology of the time: a plot in which the Queen was hypnotized to lead Britain into war to restore a despot to power. No, really.

If that seems as if Friedrich — and later writers, which included Bob Budiansky, Jim Lawrence and Len Wein — were doing anything in order to generate some interest (readers’ or, I suspect, their own) in the series, then that’s what it feels like to read. Post-Claremont, it’s a series without personality or long-term planning, and for all the nice art and gimmicks, one that feels increasingly like a chore to read. There’s a lot of potential to be mined in those first ten issues, but by the time you reach the end of Captain Britain‘s first solo run as a standalone hero, it feels like a mercy for it to finally end.

Luckily, a reboot was around the corner. Kind of.

4 comments on “Mayhem On A Tuesday Morning: Graeme Starts To Revisit Captain Britain”