00:00-3:14: Greetings!  We have excitement for you right out of the gate: not only is Chloe Maveal here to talk with us, but Graeme was at a fish & chips shop and mistaken for an Irishman! By an Irishman! Truly this is the Wait, What age of craic!
3:14-42:20: Paul Verhoeven ends up introduced as a topic of conversation far earlier than I personally would’ve expected, but it makes sense as Chloe and Graeme have recently seen Showgirls (or “Tits!” as it was purportedly originally called, according to Graeme) and have been talking about it *a lot*. Right after, they watched Velvet Goldmine, then Boxing Helena, and are moving along to the remake of Cat People (why? because as Chloe herself puts it: “because I want to watch Malcolm McDowell hang dong again!”) Yes, Chloe is working her way through her “Bad, but Horny, Movies” list. Also discussed: Betty Blue, The Unbearable Lightness of Being, Two Moon Junction, Beyond The Valley of the Dolls, plus find out the movie Jeff calls “Reefer Madness but for genitals.”
42:20-50:09: Both Chloe and Graeme are reading Bobby Gillespie’s memoir, Tenement Kid, and there are some surprising comics-related cameos and facts in a memoir by the Primal Scream frontman/Jesus & Mary Chain drummer. And then, of course, more discussion about what should be on the Bad, but Horny, Movie list. Also: Dog Day Afternoon!
50:09-01:39:19: Comic stuff? Yeah, sure, okay…but only if it’s going to be about stuff that sounds as amazing as The Art of Carlos Ezquerra! Then we each talk a bit about what we’ve been reading and enjoying lately: 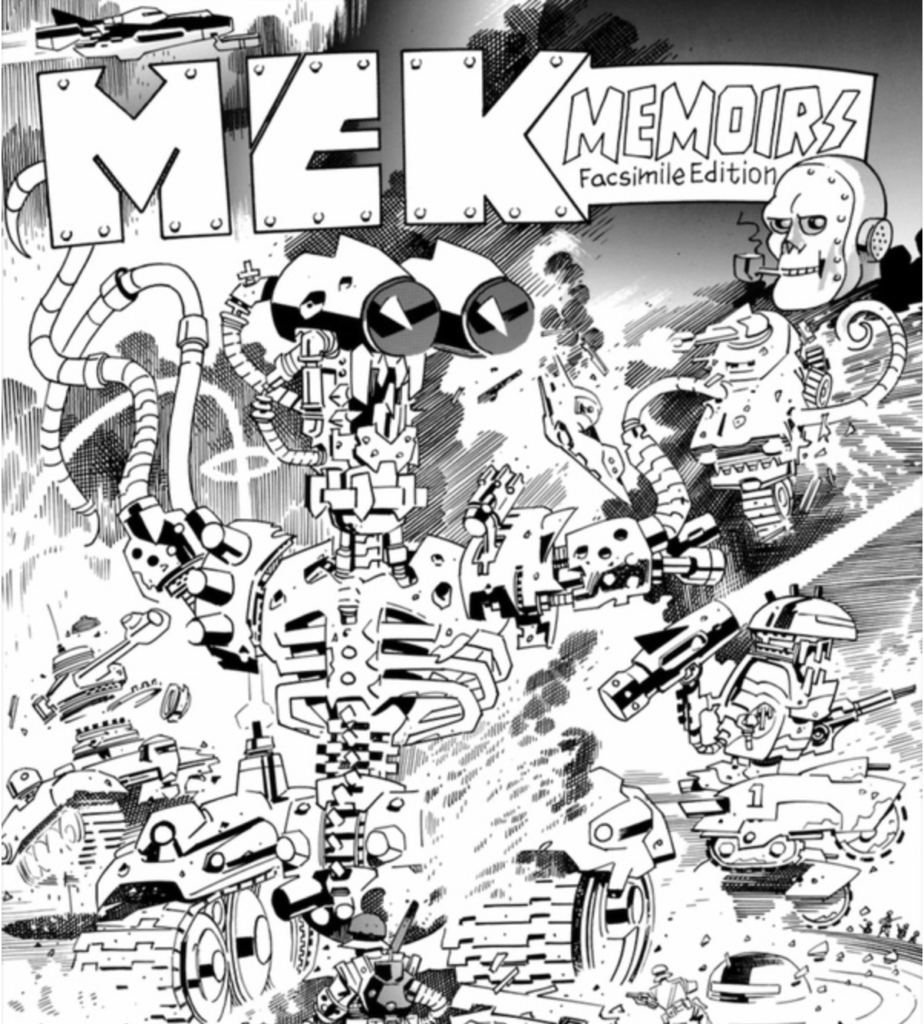 Chloe: She’s been doing a lot of reading for pieces at her amazing NeoText Review—Eros Comics and Sam Kieth comics, in particular! And we apparently have a future piece from Chloe about DC’s Little Shop of Horrors adaptation of the 1986 musical remake, Little Shop of Horrors!? With script by Michael Fleisher and art by Gene Colan?! The mind, she does reel. Also, Both G and C have nothing but the highest praises for Mek Memoirs, the limited edition re-release by Dark and Golden Books of the self-published mini-comic by Chris Lowder and Kevin O’Neill originally published *before* 2000 AD. 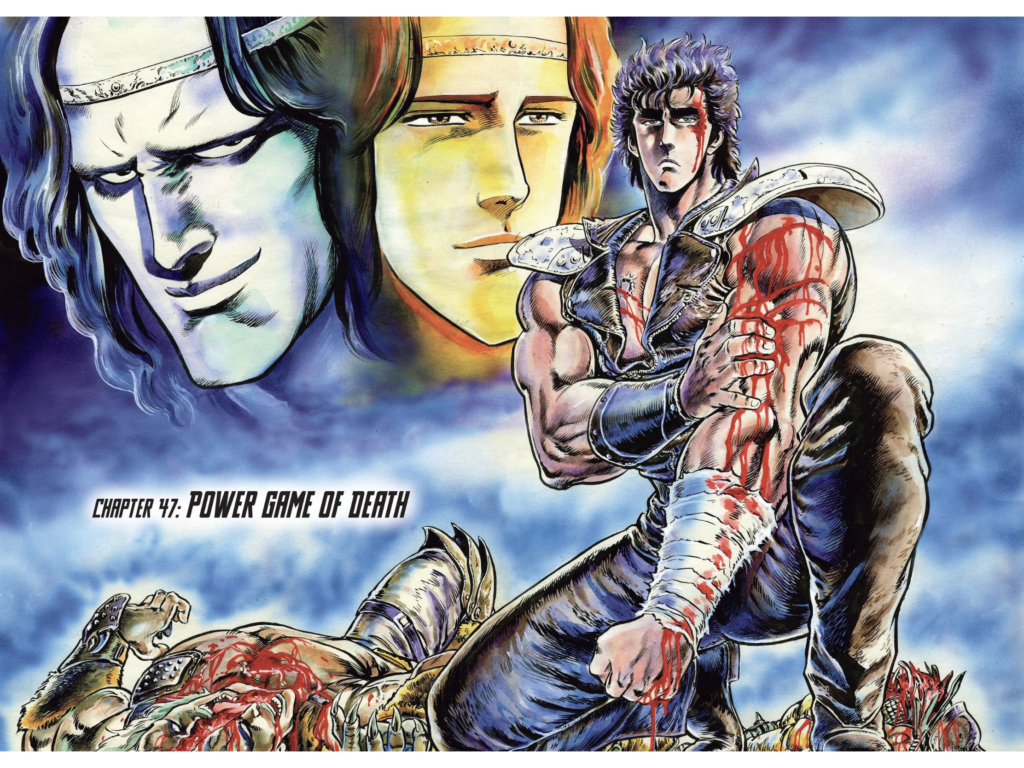 Jeff: Jeff’s been reading a lot of manga which means—oh shit!—that Chloe gets to try her hand at My Four Manga! Sadly, Jeff didn’t prep anything new, but Chloe didn’t hear our bonus rounds from last month, so Jeff runs the public Wait, What? installment by her! And then after that, Jeff talks about Orochi: The Perfect Edition, Fist of the North Star, Vol. 4; and the first twenty-plus chapters of Chihayafuru. I apologize for tiredness and my slight dyslexia creeping out; Chihayafurucenters around the card game karuta, which I call Kataru (all the right letters, nearly all in the wrong place). I blame all the Wordle playing!) 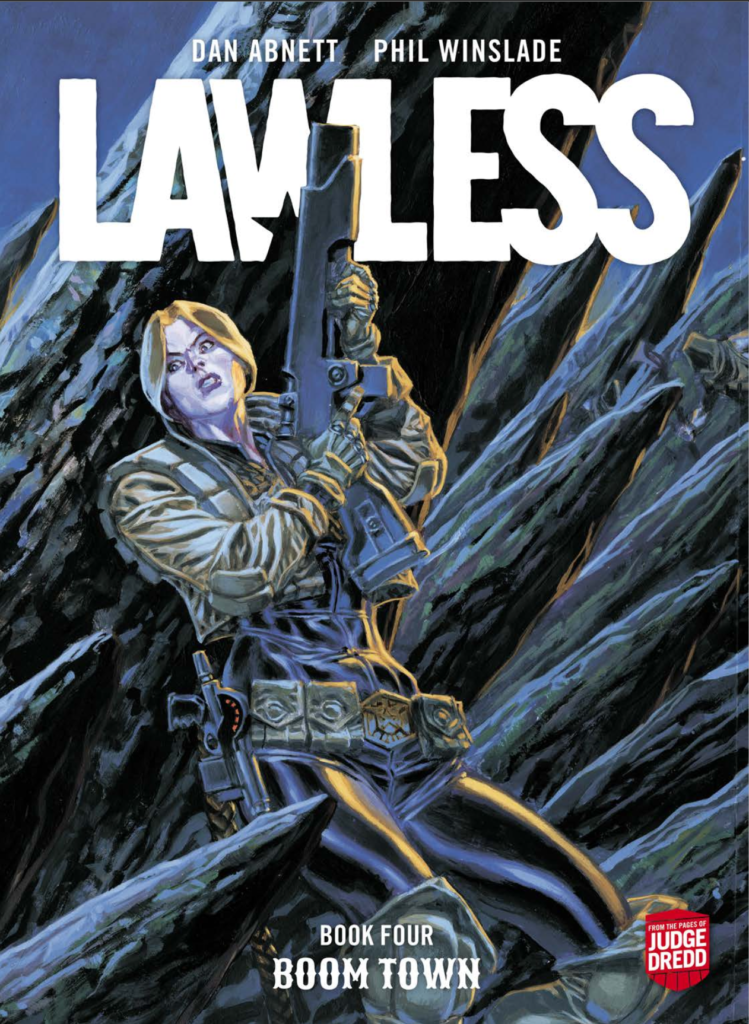 Graeme: Graeme just finished the upcoming fourth volume of Lawless, his beloved sci-fi Western by Dan Abnett and Phil Winslade (out June 23, 2022) and he luuuuuuuurves it.. Also, for a work assignment, Graeme has read a whole ton of Moon Knight comics and can pretty much give opinions about all of the major creative teams and their runs on character. Also reading, not for a work assignment, Charles Soule’s most recent run on Star Wars (War of the Bounty Hunters,Crimson Reign).
01:39:19-2:06:09: Graeme has also read Out, Rob Williams and Will Conrad’s World War 2 Nazis vs. Vampires series from AWA Comics, which leads to talk about pacing and throw in some shout-outs to The Nice House on the Lake , Bermuda,Jonna and the Unpossible Monsters, and more. Jeff then tries to get everyone to complain about a comic (surprise!), but both Graeme and Chloe refuse (?!) leading Jeff to rant on alone about Batman/Superman: World’s Finest #1 by Mark Waid and Dan Mora. (Also, I just realized now! For two people who turn down an offer to complain about a comic, they sure have some choice words for Hush by Jeph Loeb and Jim Lee! Hmph!)
2:06:09-end:  Closing stuff!  Graeme’s newsletter (https://www.getrevue.co/profile/ComicsFYI!  Stitcher! Itunes! Instagram! Twitter together and separately: Graeme and Jeff! (and Chloe!) Tumblr, and  on Patreon where a wonderful group of people make this all possible, including Empress Audrey, Queen of the Galaxy, to whom we are especially grateful for her continuing support of this podcast.
NEXT WEEK:  Skip week!! See you in two weeks with a new Wait, What?