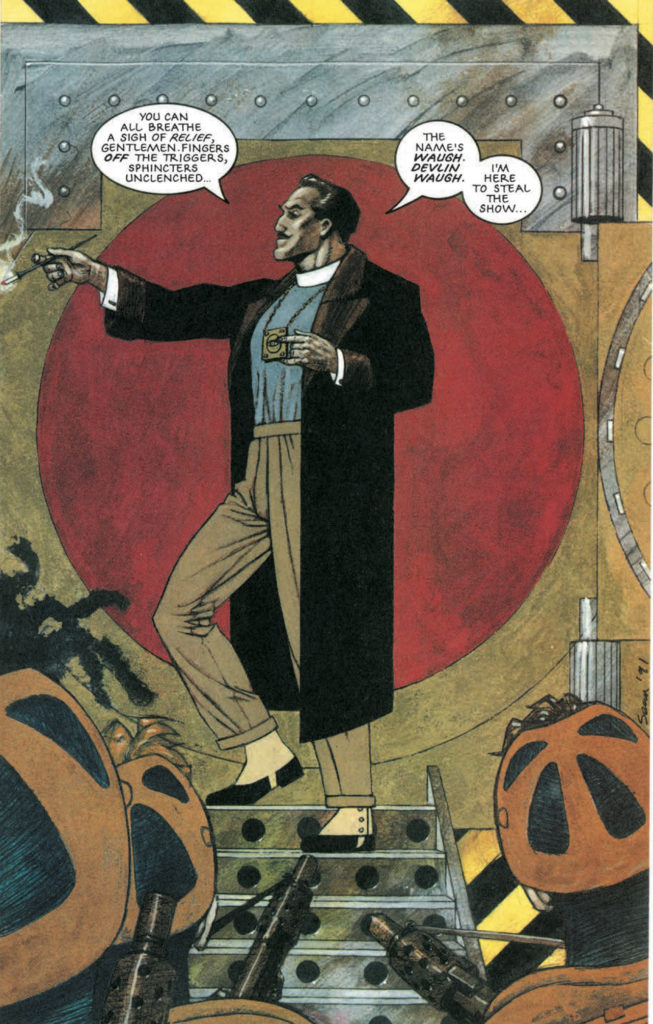 00:00-10:21: Greetings! Podcast chum and all-around good egg Chloe Maveal joins us for Pride 2022, and ho ho ho we hope you like messy episodes because Jeff brings *the mess* to this episode! But first, let’s start us with this, dear listener, the greetings of one another and in our secret way (or so I like to think while editing and composing these show notes) the greeting of you as well!
10:21-25:55: “Community theater done by teens is the best thing that’s ever happened,” declares Chloe (correctly) and Jeff takes this as his cue to ask for Graeme and Chloe’s feelings about Dead Again, the 1991 “thriller” directed by and starring Kenneth Branagh. Jeff isn’t sure if it’s camp or crap, and Graeme and Chloe aren’t sure why Jeff isn’t sure—Graeme in particular feels comfortable in pronouncing it definitely crap—but as has happened in the past, Jeff’s inability to understand or wield the tool called camp leads to some discussiong of that and good ol’ (by which we mean bad ol’) Dead Again. (With some bonus slagging of the movie Belfast.)
Flames Clue GIFfrom Flames GIFs
25:55-31:27: And here we have some Pride related questions from Jeff about the much-talked-about Homosexual Agenda, Our Flag Means Death, reappropriating “No Homo,” and more that you may well find to be a light-but-cringey precursor of our serious-but-probably-also-cringey conversation to come. (Get excited!)
31:27-37:32: So based on Chloe’s answers, it’s probably better I don’t pay money to subscribe to the Homosexual Agenda Substack? And that leads us into a brief spot of discussion about Grant Morrison’s Substack, including which of the three of us gets called out by name as one of their favorite comics journalists. (Plus: bonus John Wagner content! And bonus bonus Earth Girls Are Easy content, as well as a quick review of Pistols, the Danny Boyle directed relatively entertaining five part miniseries about the Sex Pistols).
37:32-43:23: And Danny Boyle and the Sex Pistols, it seems like an easy jump to Baz Luhrmann’s Elvis, and from there a bit of joyful blab about the Oeuvre de Baz generally.
43:23-1:49:11: Book time! Comic book time! For Chloe’s appearance, we agreed in advance to read the first appearance of Devlin Waugh from 1992—Swimming in Blood by John Smith and Sean Phillips. Jeff is asked first what he thought, and his answer includes Tom Hardy, and some worrying inferences he drew about the staging and about Waugh. The far more aware G&C talk in turn about the Terry Thomas and camp (and perhaps if Jeff had seen or remembered seeing Terry Thomas and had caught on to the star’s influence on Devlin’s appearance and mannerisms); the period in 2000 AD this was published in (not quite contemporaneous with, but certainly part of the run up to, the infamous “Summer Offensive” of 1993); antiheroes as “bad” people or “not good” people; Jeff’s apparent sexual hang-ups about underwater vampires; Morrissey, young and old; and oh so much more.
1:49:11-2:05:45: As for *this* century’s contribution to comics and Pride, we have…the DC Pride: Tim Drake Special #1? Graeme has read it, Chloe and Jeff have not, and it moves into a problem at least two of us are having with cape comics these days—just too much insularity, and (maybe?) not enough work being put on the page to sell readers who are not already sold? But on the other hand, Crush and Lobo sounds pretty good and, as Graeme puts it, “the reader doesn’t have to do all the work?” 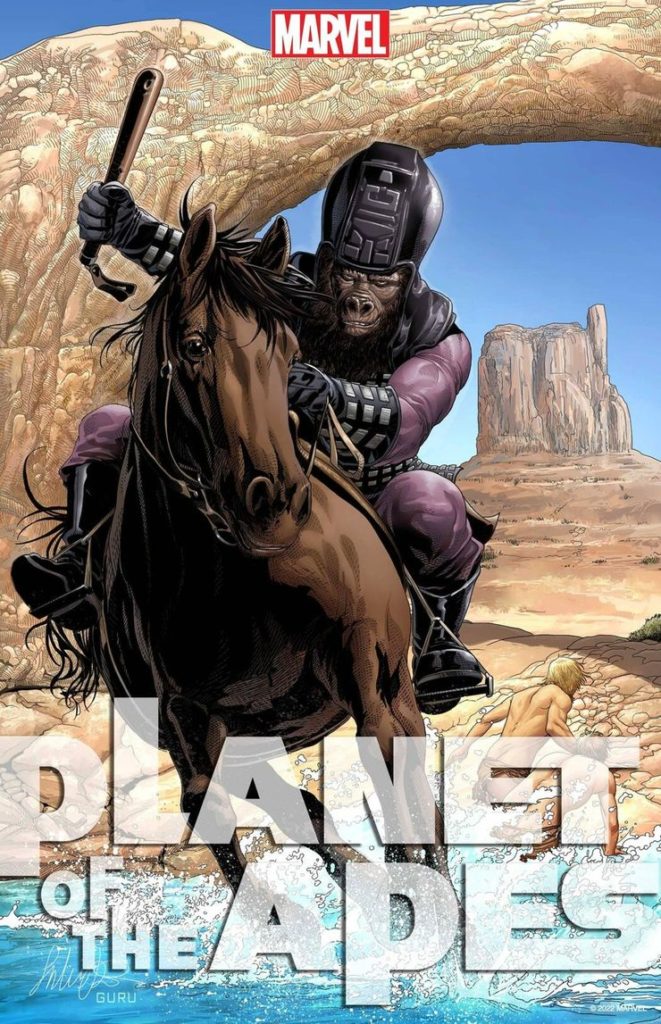 2:05:45-2:15:00: PIVOT! To the world’s weirdest announcement from Marvel—they are doing Planet of the Apes comics again! Of course, Graeme is curious as to Jeff’s thoughts what with Jeff being as a big POTA fan as he is….and the Jeff’s thoughts may perhaps match yours: “Why?!” What in God’s name are you thinking, Marvel?”
2:15:00-end: Closing comments!  Graeme’s newsletter (https://www.getrevue.co/profile/ComicsFYI!)  Stitcher! Itunes! Instagram! Twitter together and separately: Graeme and Jeff! (and Chloe, but also check out the excellent writing available through her Patreon!) Tumblr, and  on Patreon where a wonderful group of people make this all possible, including Empress Audrey, Queen of the Galaxy, to whom we are especially grateful for her continuing support of this podcast.
NEXT WEEK:  Drokk! Read Judge Dredd The Complete Case Files Vol. 36 and join us here next week!!