Previously on Baxter Building: Walter Simonson took on Marvel’s first family, and Jeff was… not impressed. Worse, after re-reading the issues through eyes that were more critical than nostalgic, neither was I. And those were the good issues…! 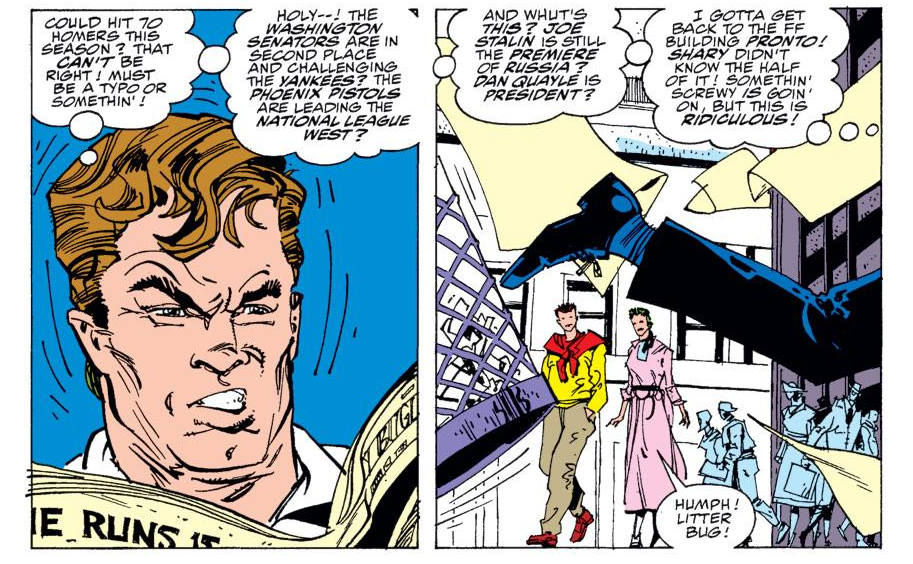 0:00:00-0:05:17: We open with a brief introduction about the issues we’re covering this episode, as well as the strong response to the last episode and whether or not Jeff is gaslighting me. I am blinking noticeably, please tell me you can see this. 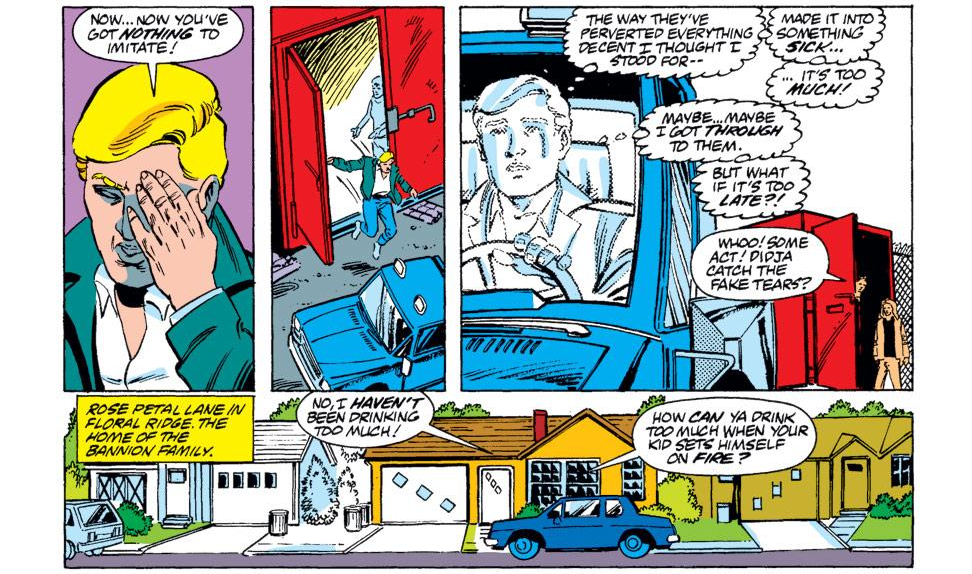 0:05:18-0:18:01: How much do we love Fantastic Four #342? Perhaps the answer is obvious from the amount of time we spend on it, although the 13 minutes is actually significantly longer than this bizarre fill-in deserves, as might be obvious when you realize it’s basically a cover version of the John Byrne Secret Wars II crossover about the little kid who sets himself on fire, but with more super villainy and a guest-starring role from Rusty Collins, the character no-one liked from X-Factor (or, in Jeff’s mind, an obscure sex act). Really, it’s kind of a surprise we managed that long, really. 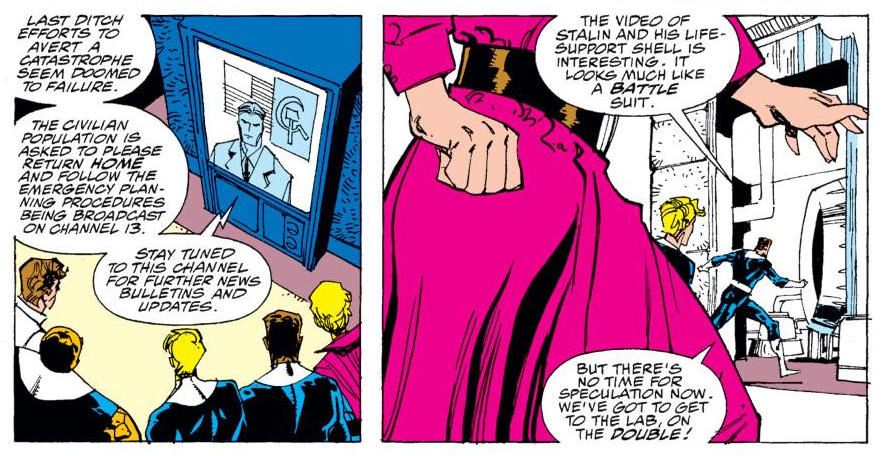 0:18:02-0:46:26: Walt Simonson returns for FF #343-344, aka, “Nukebusters!!!” and “Nukebusters II,” which Jeff recaps with impressive brevity, even if I think he’s being far too harsh about the comics themselves. We talk about the unbearable lightness of plotting, DC’s Challengers of the Unknown and whether or not Simonson would rather be writing that book — as well as whether or not that would’ve made Jeff like these comics more — and the most pressing question of all: What is with Simonson’s interest in Sue’s middle and using that as a foreground object in panel layout? Plus! We discuss Art Thibert’s inking, and I keep saying his name as if it was Thilbert, with an L. There is no L. I am an idiot.

0:46:27-1:13:11: Discussion of Fantastic Four #345-346 follows, and if I disagreed with Jeff’s complaints about the writing of the previous two issues, I couldn’t here; there are amazingly slight, speedy reads where the biggest stumbling point is the utter mischaracterization of Shary, although Jeff has an interesting take on just why she suddenly wants to stay human instead of a Thing, despite what Steve Englehart spent a long time telling us. But what about the dinosaurs, I hear you ask? It’s a Walt Simonson comic with dinosaurs! Doesn’t that alone make it particularly excellent…? Well, maybe…? Yet, somehow, Jeff and I were more impressed with the sight of Reed Richards shooting a gun. Maybe we’re doing this wrong. 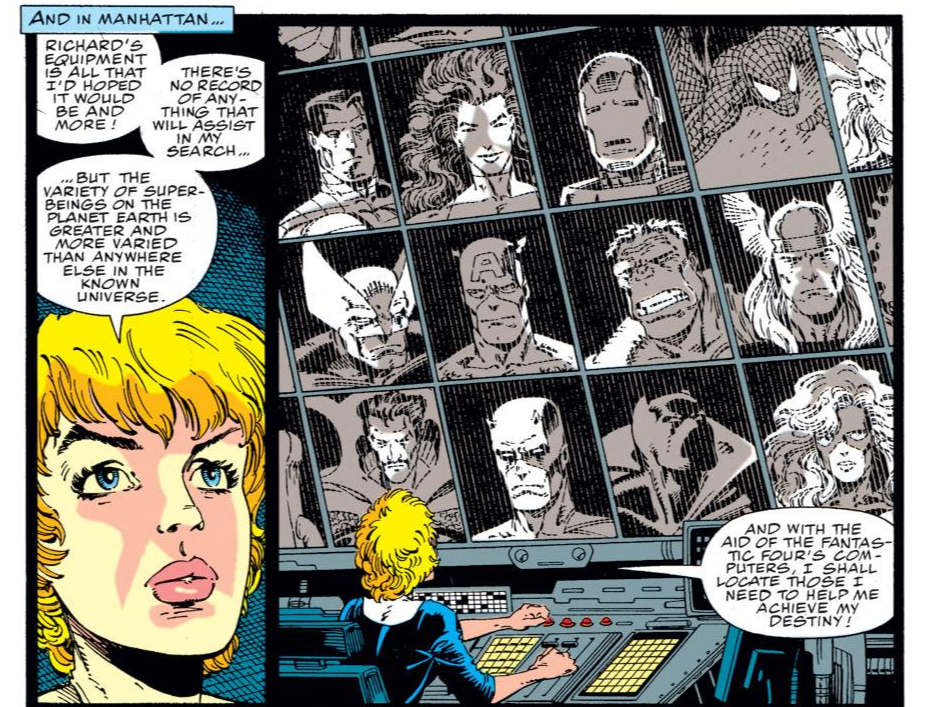 1:13:12-1:38:59: Talking about doing it wrong, FF #347-349 is the fan-favorite “New Fantastic Four” storyline that sees Art Adams come in as guest artist, and Spider-Man, Wolverine, Ghost Rider and the Hulk come in as a guest Fantastic Four, and it leaves us pretty cold. There’s a story that doesn’t really make that much sense, repeats plot points that have literally happened less than a year before, and seems the work of a particularly disengaged Simonson, while I make my attempt to steal Jeff’s title of Most Hated Whatnaut by admitting that Adams’ art makes for some bad comics. I’m very sorry. (Not really.) 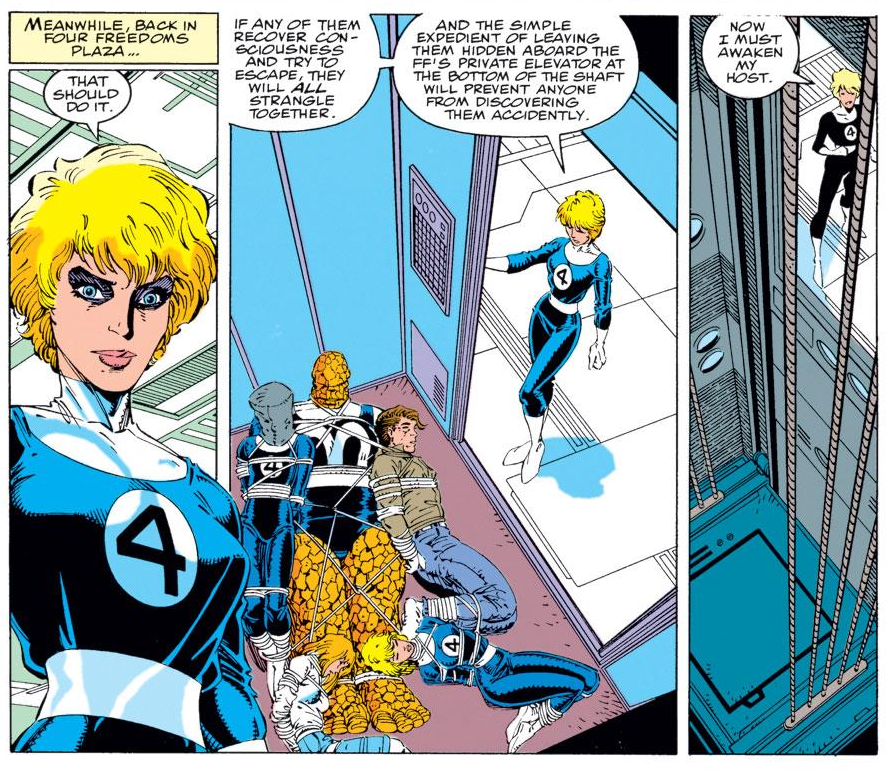 1:39:00-1:53:11: We segue into looking back at the eight issues we covered — really, just the Simonson-written ones — and talk about, basically, why they’re not working for us. Does Simonson not have the humility or the interest for the series? Has he forgotten that it’s a team book about multiple characters? Could he simply be — gasp! — not a great writer? (The problem obviously isn’t his artwork; he’s Walter fucking Simonson. I think we’ve talked more about the art in this series since he started than since Kirby was on the book.)

1:53:12-end: We wrap things up talking about what we’re going to be reading for the next Baxter Building (#350-356) and being very vague about when the next Wait, What? is; it’s actually going to be next week, unless disaster strikes. Until then, you can find us, as usual, on Twitter, Tumblr and Patreon. Apologies for the lateness of the show notes — a combination of me being later than I wanted and then the site being down because of reasons I don’t fully understand, to be honest — and thank you, as ever, for reading and listening.

9 comments on “Baxter Building Ep. 39: “Your Fire Power Is Very Impressive, But It Has Its Limits.””