Previously on Drokk!: There’s no escaping it; we’re in the mid-1990s now, which is almost certainly the darkest period for Judge Dredd as a property, as the strip in both 2000 AD and the Judge Dredd Megazine feels directionless and at the mercy of an ever-changing creative team. Hopefully the fact that character co-creator John Wagner is returning to prominence can only mean good things, right…? 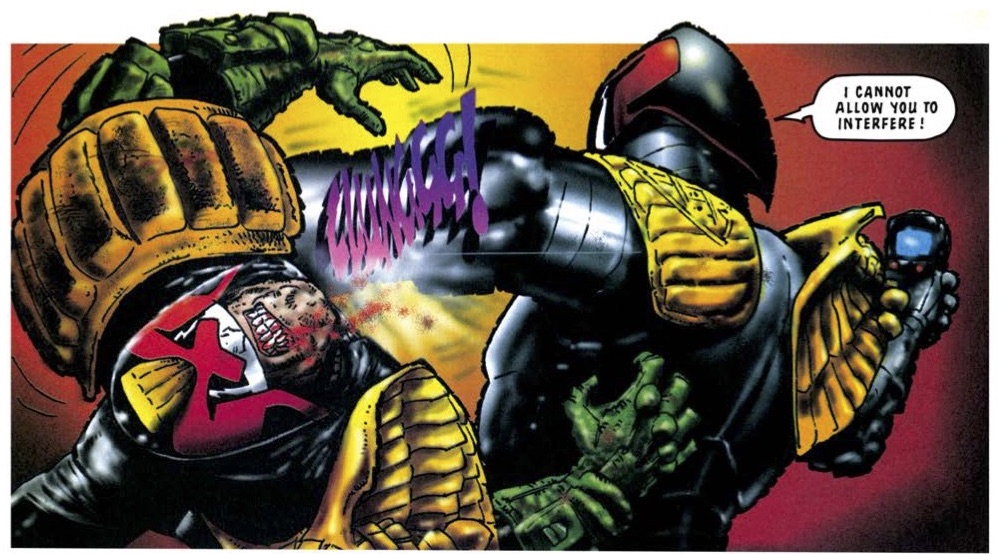 0:00:00-0:05:17: The cold open makes it somewhat clear: Judge Dredd: The Complete Case Files Vol. 21 is a book that is somewhat perplexing, and not entirely that good. We’re still featuring material from 1993 and 1994 at this point, including a crossover between 2000 AD and the Magazine, but as it turns out, even having John Wagner write these things is no guarantee of quality… 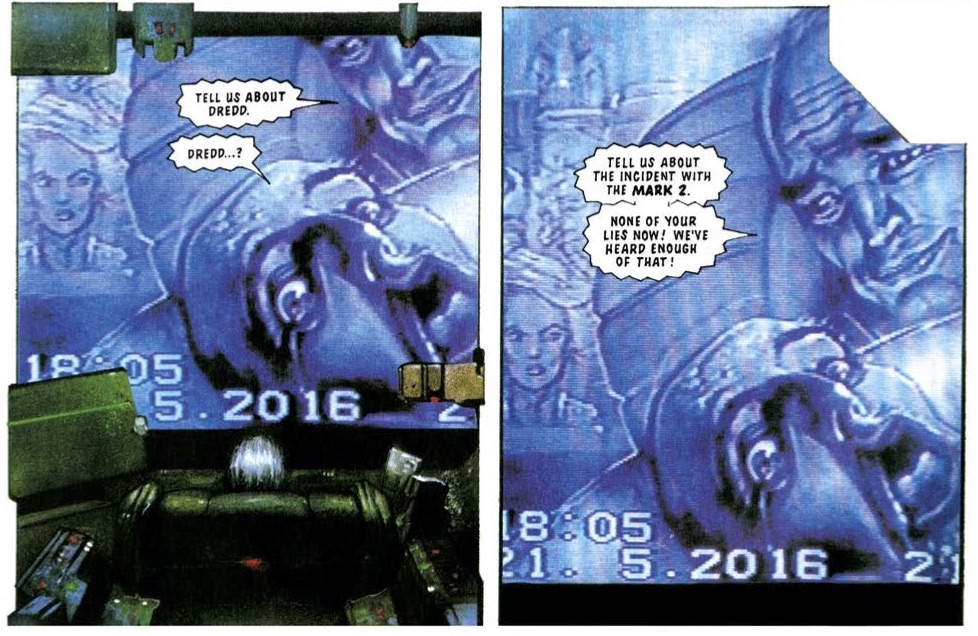 0:05-18-0:10:22: We start off by talking about how slight and underwhelming the first third of this book is — collecting 2000 AD strips, predominantly written by Wagner, there’s a retro feel to proceedings, in some cases literally, with two stories that deal with time travel between the future of Mega-City One and the then-present day — a fact that leads us to talk about another time travel story in the collection…

0:10:23-0:27:53: In theory, a John Wagner-written crossover between Judge Dredd and Rogue Trooper could and should be a joy to read, with some inherent drama between the ultimate cop and a soldier who rejects authority to get the job done. In reality, “Casualties of War” is… a mess. We talk about the reasons why that is, why it reads like a mediocre issue of Marvel Team-Up, and why John Higgins didn’t help matters at all. 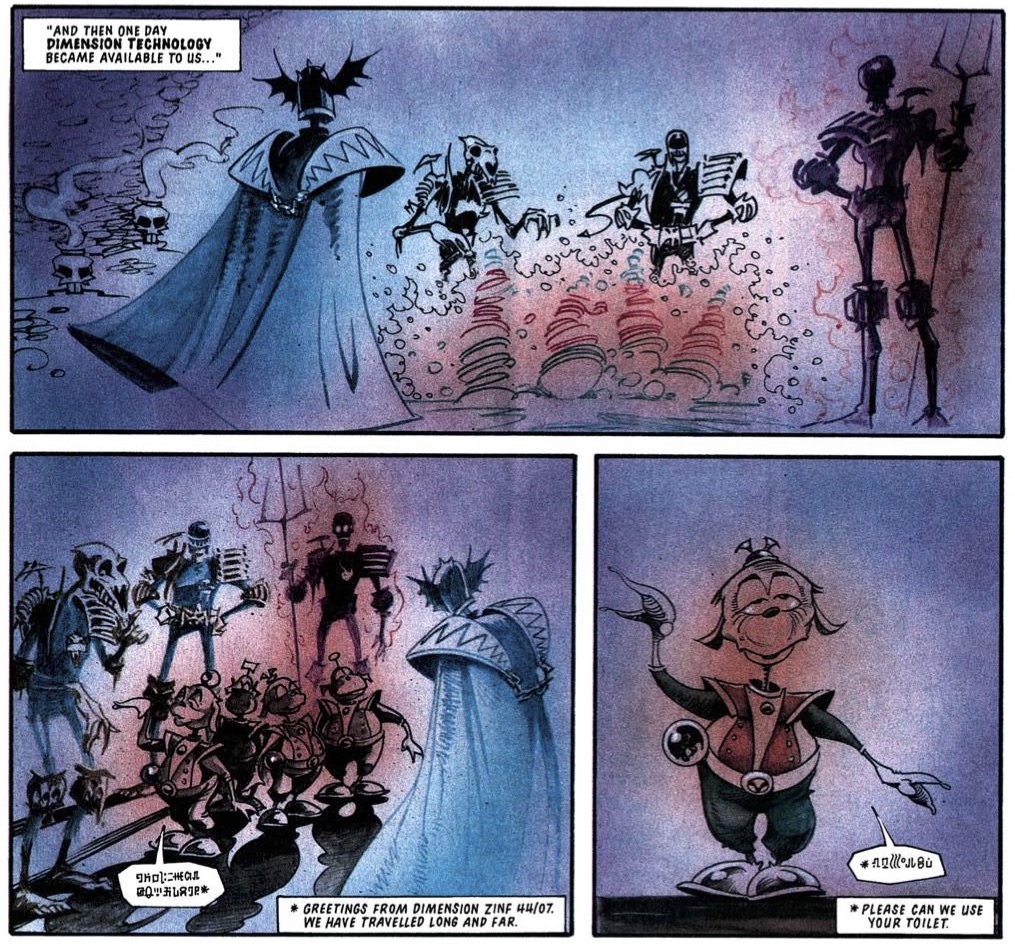 0:27:54-0:37:52: Sadly, “Casualties of War” is just one of a number of Wagner-written letdowns in Case Files 21, and we discuss various potential reasons why that might be… and why other writers aren’t really able to come up with anything better, either. Is there too much of a recognizable formula after 900 issues? Is Wagner trying to write against that formula but failing to come up with a replacement? Come for a discussion about the ways in which Wagner is unfunny in this volume in a way we’ve Neve seen from him, stay for Jeff’s suggestion that the writer is “becoming more Judge Macgruder than Judge Dredd.”

0:37:53-0:45:50: We wrap up discussion of the pre-crossover part of the volume by identifying that boring Judge Dredd is a worse sin than bad Judge Dredd, naming our favorite stories from the first section of the book (Mine is “A Guide to Mega-Speak,” Jeff’s either “Part Exchange” or “Casualties of War”), and very briefly wondering if boring-but-competent is the ideal format for a corporate character with a long publication history.

0:45:51-1:43:21: And then we get to “Wilderlands,” the crossover that takes up two-thirds of the volume, disappoints us both pretty dramatically, and has different pronunciations from both Jeff and I. (Jeff emphasizes the “wild,” which I kind of love.) We talk about a lot here — this section of the podcast is almost an hour long! — but here are just some of the topics: Is Dredd a coward as written here? How great is this final evolution of Macgruder and Dredd’s relationship, and the standoff that consumes it? How much of a mistake was it to sideline Macgruder for almost the entirety of the crossover? (A lot.) What the hell was going on that Wagner’s sense of the unexpected was so entirely lost by the time “Wilderlands” nears its conclusion? (“It’s as if he takes the lamest, laziest way out” for every plot thread, as Jeff puts it.) The multiple better resolutions we managed to come up with. Jeff calling the crossover “the Bataan Death March version of Gilligan’s Island,” which genuinely sounds more fun than the crossover itself. An incredible Lester metaphor in which Judge Macgruder is a metaphor for civilization ruining the frontier. A seeming continuity glitch that just confuses us pretty badly. Is Judge Macgruder the new Chopper? And so much more. No, really, there’s a lot… and all of it because we were really, very disappointed in what we read. 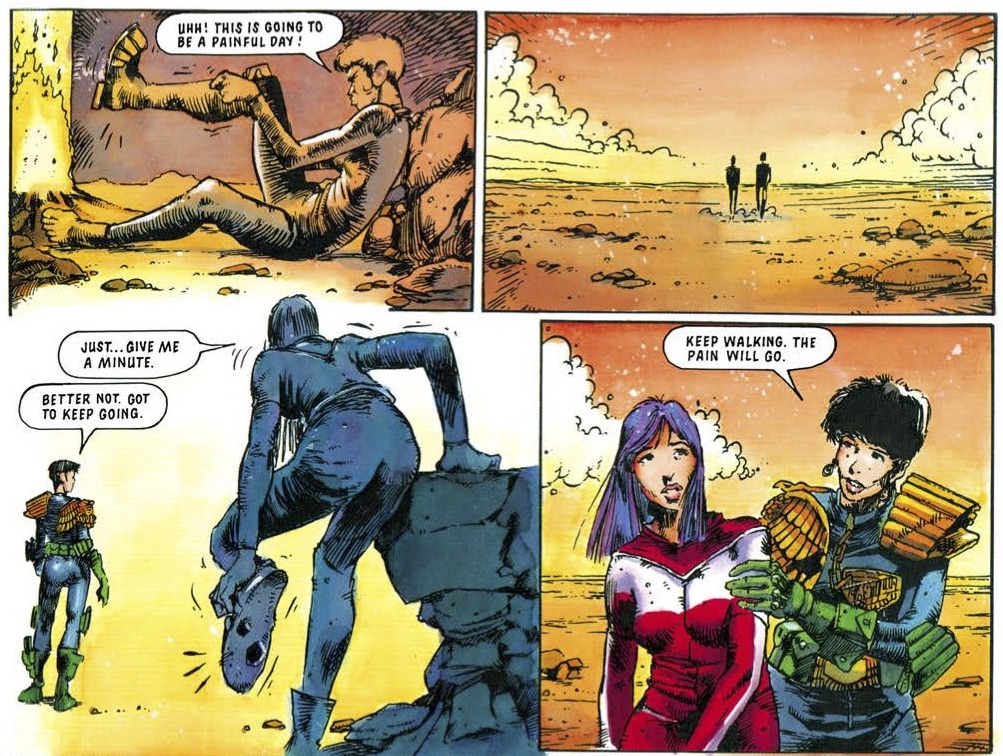 1:43:22-1:50:37: Jeff wonders if one of the reasons for our disappointment with “Wilderlands” is that we’re missing a counter narrative at play, and then tries to find one. He’s not entirely successful, but as we talk about the treatment of Judge Castillo, the phrase “Merchant Ivory” gets mentioned two times more than I ever would have expected on Drokk!, and we struggle with her place in the wider narrative of the entire book. 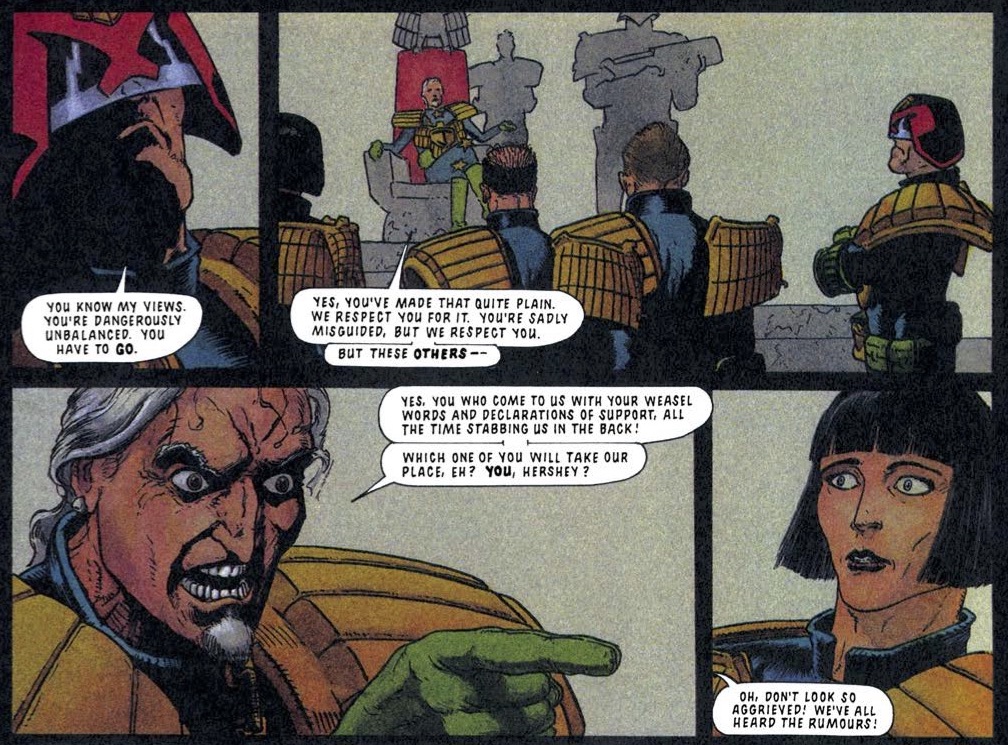 1:50:38-1:59:22: So, after almost two hours of complaining about the many failures of Case Files Vol. 21, is it Drokk or Dross? Jeff goes contrarian by saying Drokk, whereas I stick with my guns and go the other way. We both agree that there’s some great stuff in here and some very not great stuff, but beyond that, I think you’re hearing a glass half full/half empty divide forming right in front of your very ears. 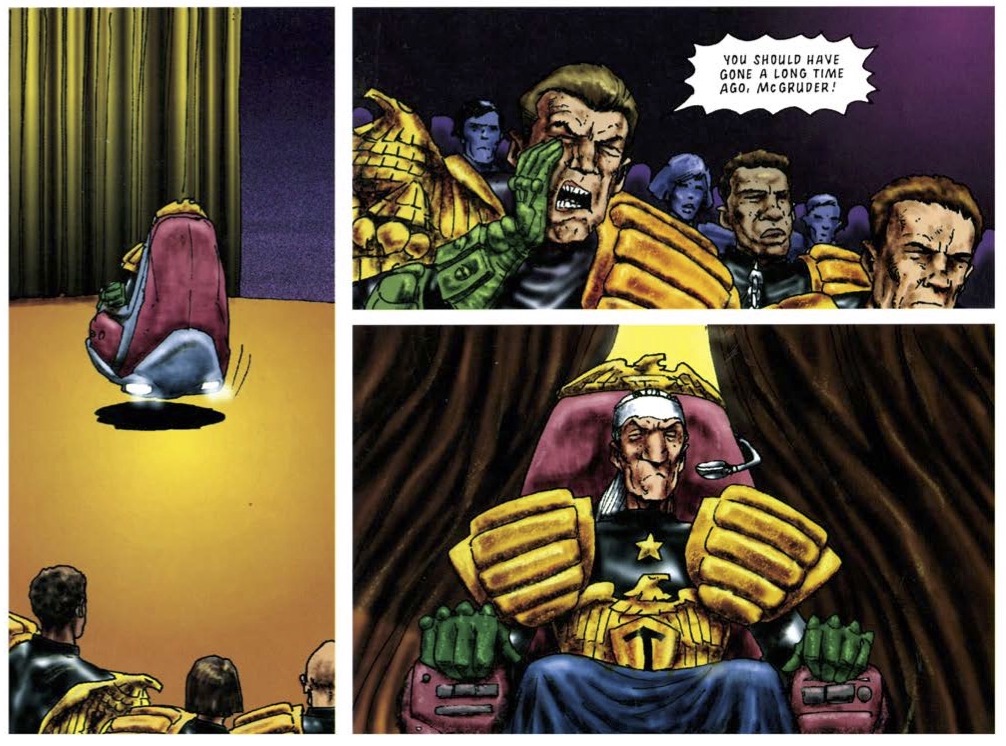 1:59:23-end: We wrap things up very quickly by talking about what’s to come — more Grant Morrison and Mark Millar co-written “delights” — and mentioning, as ever, the Twitter, Instagram, and Tumblrs as well as the Patreon that makes this all possible. There’s more John Wagner ahead, as well, so let’s hope things improve before a month from now…! As ever, thanks for reading and listening.