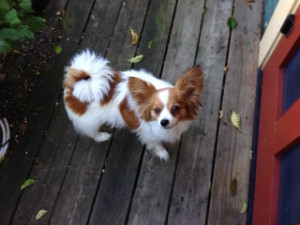 (And the worst part is I have no doubt Graeme will read this and think of the Bangles cover, while I definitely have Simon & Garfunkel in mind.  Oh, the curse of being young at heart and old everywhere else.)

Jeff here with the latest episode for your enjoyment (see above).  And although “Hazy Shade of Winter” is really about, I dunno, the passage of time and how part of growing old enough to really appreciate life is pretty much exactly at the point you realize you are also going to die and life will proceed on without you just as it did before, I’m kind of using it for a quick catch-all for “Holy cow, we are so incredibly grateful for your Patreon support and for getting so much of it so soon, although because of that I am actually a little bit sandbagged with stuff to do!” 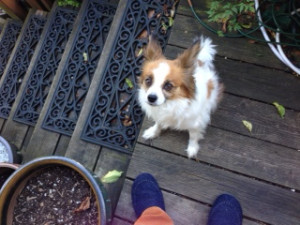 Graeme has a post coming up in the next day or two, I’m rushing to get something put together for later and then we have to do it all over again?  That’s amazingly great!

But, for whatever reason, this week’s show notes may end up feeling a little light, maybe?  I don’t know if that’s actually the reason why, though.  It may well have been the fact that, for whatever reason, Graeme and I didn’t jump all over the place topic-wise, so it’s not like there’s a lot of changed subjects to map out?  Or maybe I’m just getting used to changing gears and after we’ve had a few of these, I’ll be able to switch seamlessly between writing show notes, my weekly entries, and the other writing I’m trying to press forward on?

Anyway, after my really impressive bout of salesmanship, join me after the cut:  show notes!

00:00-09:39: Hi, it’s our sexy slow jams opening…without any sexy slow jams? Do friends let friends listen to Kenny G? We start off a little slow thanks to rhetorical questions like these, so we ease into things by talking about our progress with our Patreon campaign, the fact we are writing weekly posts over here on this site, and Jeff’s most recent post about the latest five or so issues of Batman Eternal and the first three issues of Superman/Wonder Woman, before moving on to talk about one of the more pressing topics of the day…Graeme’s dogs! Which pair of comic book characters do Graeme’s dogs remind

Jeff of?  The answer may surprise you!  (It did Graeme, enjoyably enough…)
09:39-29:08: Speaking of the apocalypse (human sacrifice, dogs and cats living together…mass hysteria!) (and I should mention that although I’m about as far from a Ghostbusters fanboy as you can get, I’ll never not be in the tank for  Murray’s delivery of that line), Graeme got comp copies from…Marvel? So he’s been reading the first trade of Miracleman and, thanks to his magical public library, a copy of the Captain Britain Omnibus Direct Market Edition. Whereas by contrast, Jeff’s public library system looks like this: 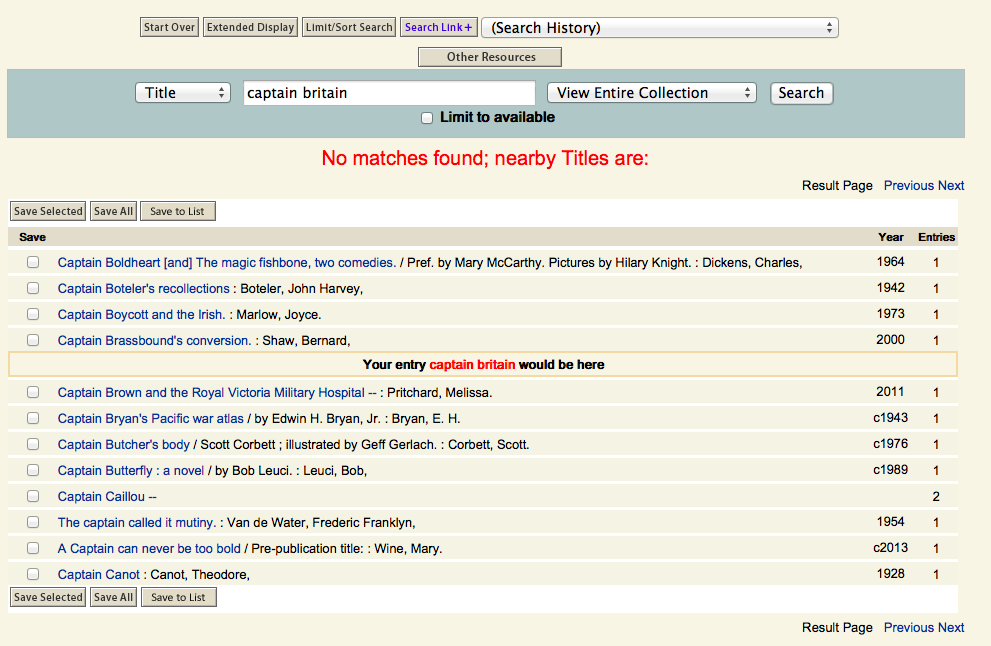 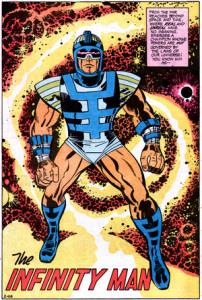 He wasn’t in issue #1 so here’s some straight-up Kirby.

So there’s some talk about early works from the very young Alan Moore, of which (unsurprisingly) our opinions differ. Also included: discussion of the run that precedes Moore on Captain Britain by David Thorpe, which has been collected as the Captain Britain Omnibus Direct Market Edition;

Chris Claremont, Mark Millar, Silver Age DC, Bronze Age Marvel, and mo(o)re.
29:08-46:27: Graeme prepares to give us a list of the majority of the stuff has read since the last podcast. But before he can: our discussion of Infinity Man and The Forever People #1, by Dan Didio, Keith Giffen and Scott Koblish! Come for the ambivalence, stay for Graeme’s predictions about DC’s next event!
46:27-51:14: And because this is turning out to be a very Keith Giffeny podcast, Graeme has read the collection of Threshold Vol. 1: The Hunted (The New 52) (Threshold: the New 52!)

, a series from DC from last year written by Mr. Giffen. It’s like The Hunger Games in Space! Apparently! Jeff is writing these notes and still hasn’t read it!

51:14-1:06:20: And because Graeme is continuing to hold the floor, we talk about Future’s End, the non-Batman Eternal weekly DC is publishing. Graeme compares it — favorably! — to 52. We talk about in comparison and contrast to Countdown to Final Crisis, Batman Eternal #10, Chris Claremont, the nature of weekly publishing, and more.  And then it’s on to…
1:06:20-2:03:54: AVENGERS! Yes, we are actually talking about what we told you we were going to talk about! Lo, the podcast’s prophecy of an hour ago has come true! We start to discuss issues #114-141 of vol. 1 of Marvel’s Avengers, with scripts by Steve Englehart (and one or two by Roy Thomas…two, I think?), and art by Bob Brown, John Buscema, Sal Buscema, Don Heck, Dave Cockrum, Joe Staton and a newcomer called George Perez. Among the subjects of our gabbing:  The Beast, old and new; Matt Fraction’s Hawkeye; The Avengers/Defenders War

; the love rhomboid of Vision, The Scarlet Witch, Mantis and The Swordsman; The Vision vs. The Silver Surfer; The Swordsman vs. Valkyrie; the compassion of Thor; Warehouses that are Starships that are Death Traps (incidentally also the title of Jeff’s favorite prog rock album); strong female characters, the ‘70s edition; Hank Pym; one of the best drawings of Scarlet Witch ever; the movie cameo you were never expecting. It’s surprise after surprise including how the number ofissues we actually end up discussing (hint: we have 27 to discuss; we come closer to discussing the sum of 2 and 7.)

2:00:04-2:03:54: Remember up above when Graeme promised to list the stuff he’s read?   Here’s his list and remember, as he mentions in the podcast, if there’s something  here we don’t discuss on this podcast (which is probably most of it) and you want him to write about it…let us know in the comments for this episode: Umbral #6; Mighty Avengers #10 and #11; The Fuse #4; Batman and Frankenstein #31; Shadowman Endtimes #1; X-O Man of War #25; Eternal Warrior #8; Harbinger #23; Ray #1; Bloodshot #22; Archer & Armstrong #20; Quantum & Woody #10; Unity #7; Magnus Robot Fighter #4; X-Men No More Humans GN and Spider-Man: Family Business GN; Big Trouble in Little China #1; Dead Letters #3; Empty Man #1; Lumberjanes #3; The Woods #2; Starlight #4; Shutter #3 (which Jeff and Graeme agree they need to discuss further at a later point in time); last couple of issues of 2000 A.D., and That’s Because You’re A Robot (which we both read and we both enjoyed).
2:03:54-2:08:56: and here is Jeff’s list (as always, much, much smaller than Graeme’s): That’s Because You’re A Robot, Bee and Puppycat #2; Starlight #4; Crossed: Badlands #55; Walking Dead #128; Shutter #3; Caliban #1-3; Batman ’66 Meets The Green Hornet #1; Big Trouble in Little China #1; and Judge Dredd Mega-City Two: City of Courts #5 as well as some digital stuff: Thor #140-142; Web of Spider-Man #6 and The Marvel Assistant-Sized Spectacular #1 (both to admire out the work of cartoonist Xurxo Penalta); and the first three issues of Winter Soldier by Ed Brubaker and Butch Guice (and since Jeff is talking about stuff he’s read via the Marvel Unlimited app, Graeme mentions he’s read the entire first She-Hulk series by Dan Slott as well, curse the man’s speedy eyes).
2:08:56-end: Closing comments! We hope you are digging the podcasts and the new website and the weekly written content. We are still getting our sea legs under us, but there is in fact more to come. Be sure to stop by and see us at waitwhatpod.tumblr.com, patreon.com/waitwhatpodcast, and twitter.com/waitwhatpodcast and hopefully this episode’s closing theme music will distract you from hearing Jeff use the phrase “so much beautiful” 100% non-ironically!

[EDIT:]  Oh, and apparently some of you people might prefer the link for downloading purposes, too?  Sorry about that!  You can listen to it above, on our RSS feed, or use this link here: