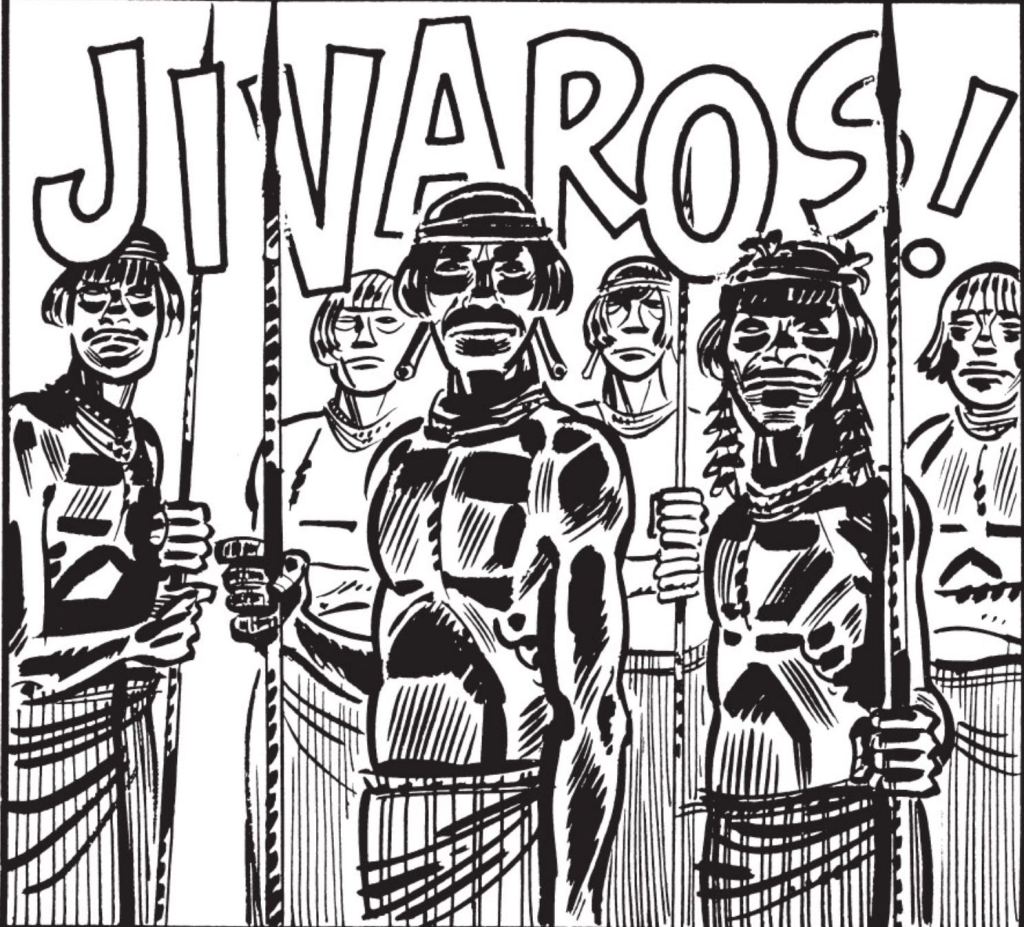 First things first! Those of you who just want the direct link to the podcast for copying and then pasting for downloading however you choose, PLEASE SEE THE FIRST COMMENT .  (So, technically, it’s…last things first?)

Now, then about this show notes thing:

00:00-34:09: Greetings! Graeme takes “cold open” to a new level in this opening, and then makes up for it by singing the praises of Serial, the long-form documentary from the creators of This American Life. And along the way, we here at Wait, What? tackle one of our show’s great mysteries: just how many hours of podcasting does Graeme listen to a week? And which ones? Only Wait, What? is bold enough to ask the hard questions, and then almost screw up recording the hard answers. Graeme mentions a lot of swell-sounding stuff here, but germane to part of our discussion is the discussion with Tom Brevoort at Let’s Talk Comics as is, in its way, this image: 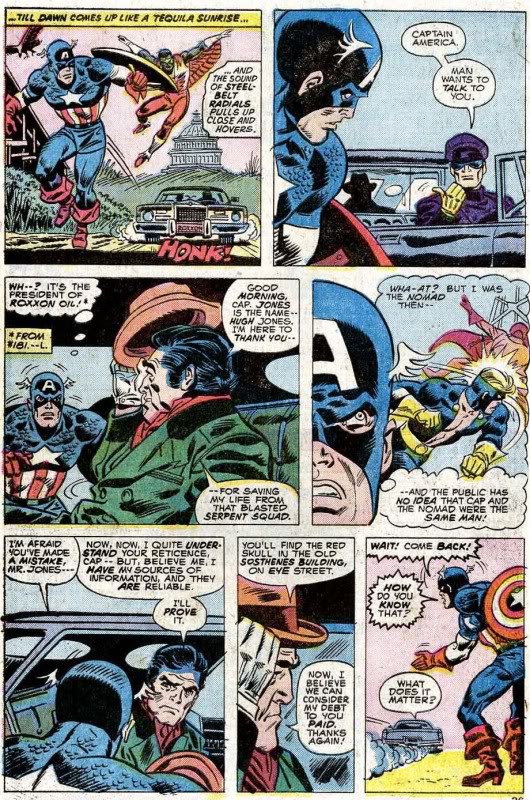 Also mentioned: The Frankenstein Comic Swap in Portland Oregon, a brief discussion/mild disagreement about Superman comics in the ‘70s (in which Graeme is largely right and Jeff is largely wrong); issues of The Brave And The Bold including a guest appearance by Kamandi; the first four issue of Justice League Detroit recently looked at by Graeme here on our website; Gerry Conway as the Warren Ellis of his generation; bitter, old Aquaman; J.M. DeMatteis as “the inappropriate backrub guy”; the absolutely stunning death of Vibe; 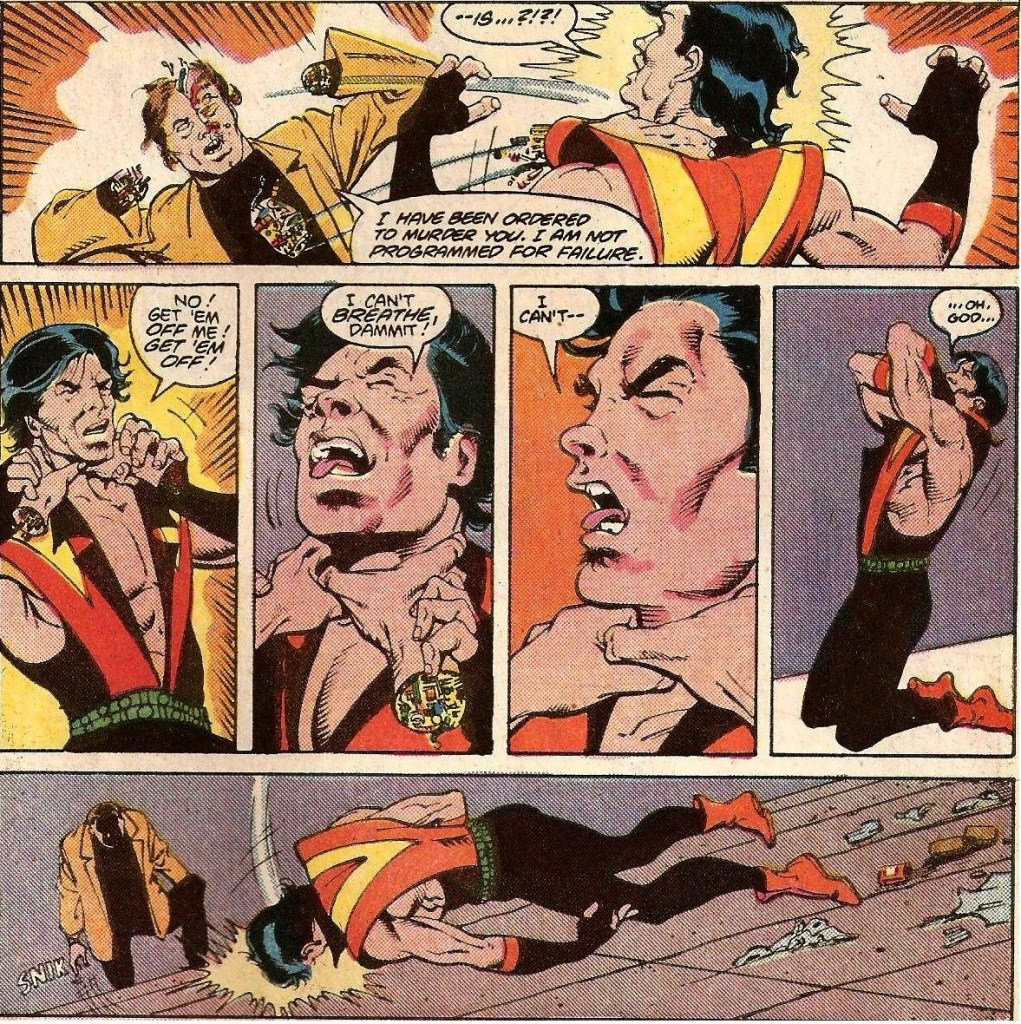 and more.
34:09-48:04: Somewhat arbitrary split in the time code here, but at least this’ll help you figure out what we talk about in our first half-hour. Here is where Jeff brings up reading the first half-dozen issues (minus one) of Marvel Comics Transformers, as reprinted by IDW and purchased in a Humble Bundle a little while back. Much more talk about robot cats than you ever thought you would hear in this lifetime.
48:04-51:14: From high to low: Jeff also talks about the amazing Harvey Kurtzman and his work collected in  “Corpse on the Imjin” and Other Stories

(The Image So Nice I Used It Twice.)

51:14-1:12:00: And to really double down on “modern comics, what are modern comics?”, Graeme has been reading the Star Trek comics from Marvel and DC, courtesy of the Star Trek: The Complete Comic Book Collection

DVD from GIT Corp. Also discussed: licensed comics, Indiana Jones, Peter David, the latest Terminator movie; and more.
1:12:00-1:51:49: In the mood for something a little more contemporary? Jeff wanted to talk about the Marvel film slate as well as two films he finally got around to seeing. Oh, but first: the Avengers: Age of Ultron trailer; then Amazing Spider-Man 2; and Captain America Winter Soldier; Jeet Heer’s Twitter essay on same; the follow-up to Winter Soldier on Agents of SHIELD; the problem with the third act in superhero films; and then finally, around 1:34:00 or so, the Marvel film slate. How announced what when, who announced what to steal whose thunder, and where with the what when and the whizzle-why, all of which are discussed. Also: The Flash TV Show, and a lot about Gotham (starting at about 1:45:53).  Oh, and here’s a helpful chart of the Apocalypse, courtesy of Comics Alliance: 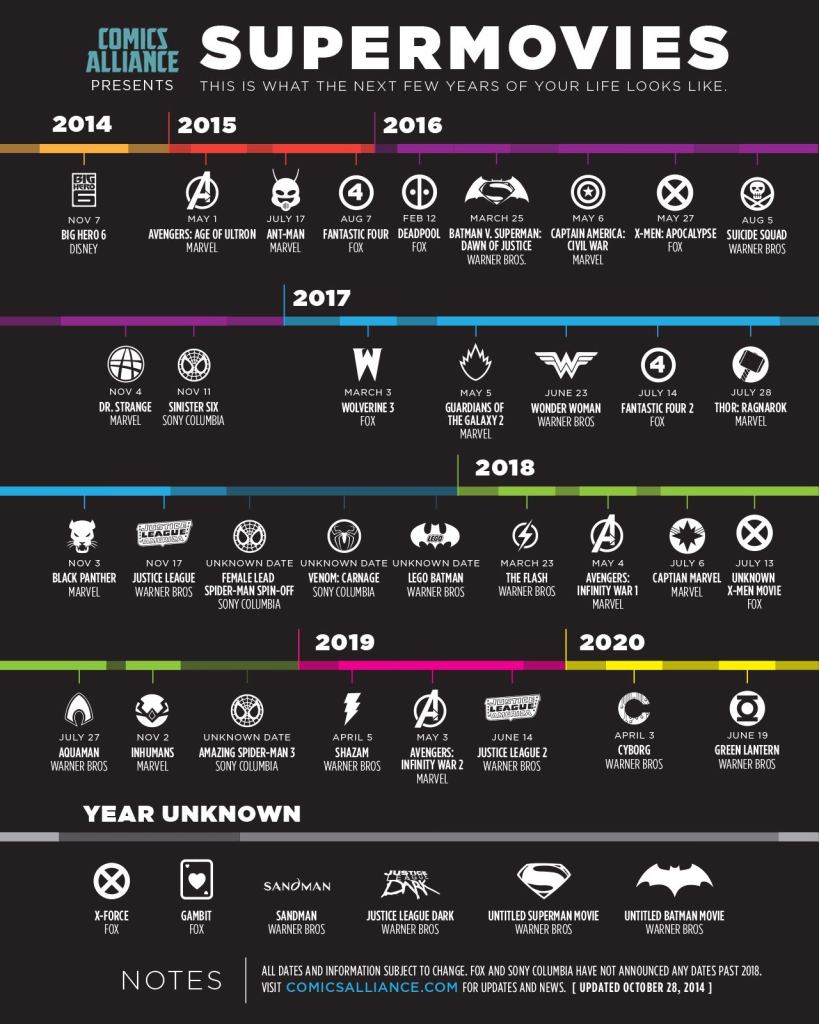 1:51:49-2:03:24: Even though we are under the gun to finish early, we say the phrase either nobody wanted to hear or everybody wanted to hear: “Oh! Okay, Secret Wars: let’s talk!” (After a brief period of Jeff exhorting Graeme to read The Wrenchies, which, with any luck, we will discuss next episode.) Discussed: toys, forts, hook-ups, the TV show Survivor, people’s boners, Graeme’s post about Secret Wars, the New Universe and it’s Phase II: Newer and Universe-ier, and a lot more (a little bit more, anyway).
2:03:24-2:17:17: Hey, here’s a special section of the show that’s been a long time coming—and no, we’re not talking about the bit where Jeff refers to Graeme as “the worst.” No, we are talking about thanking our awesome Patreon supporters who’ve given for several months and reach our bonus reward level: being thanked on air! Super big thanks to:

(Of course, we’re grateful to everyone who’s contributed to us on Patreon where, as of this count, 83 patrons make this whole thing possible.) Some people have been upping their level of donation which we are *super* grateful for, and here we officially disclose the plans for what we’ll be discussing should we hit our goal of $500 a month /what we’ll be reading next once our Avengers round-up settles down at issue #300.
2:17:17-end: Closing comments! Birthday wishes! Remember The Tote Bags! Places to look for us at—Stitcher! iTunes!  Twitter! Tumblr!

Okay, now if you’ll excuse me, I have to start packing my bags for a road trip tomorrow. Look for Graeme’s weekly piece here soon and mine not long after that!