Greetings, Whatnauts!  We hope Episode 171 finds you well, since it found us on the edge of wellness (look for the DVD marketing of Edge of Wellness to confuse everybody into thinking it’s actually called “Cough, Mute, Repeat”).  Despite our professed love of the partially muted cough or sneeze, Jeff put a lot of work into editing that out so all you get are two hours and seven minutes of pure, unfiltered comic book opinionation!  Look at the show notes below and see! 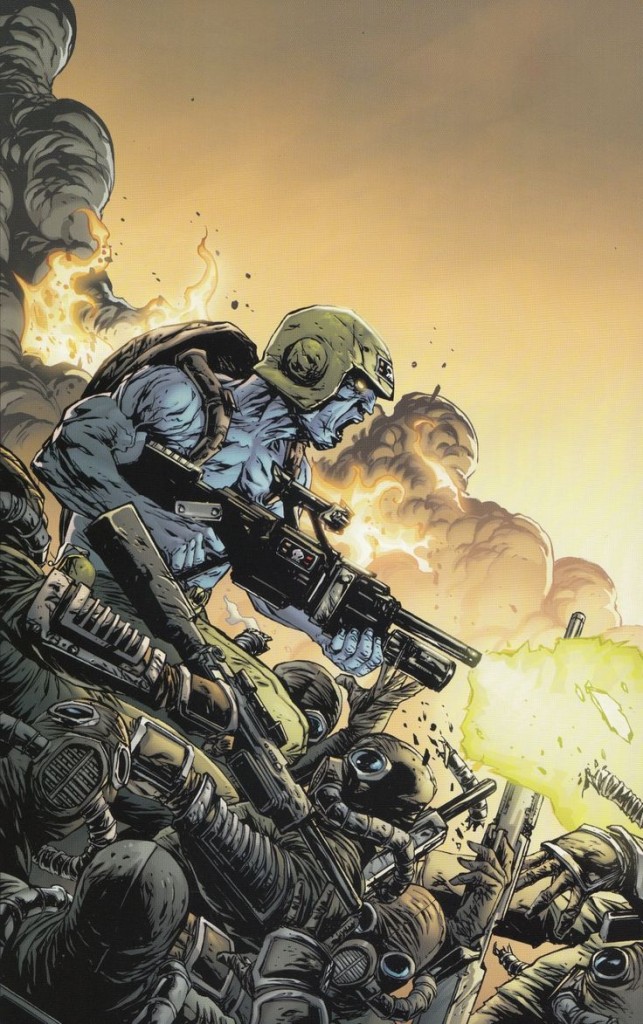 00:00-10:29:  Bonus musical opening!  And then we *finally* announce the winners of our Rogue Trooper Last Man Standing contest, where the contestants told us what they would rename us if we were biochips and what piece of equipment you put us on.  Listen in as we announce the winners and read their entries because they are, as Graeme so perfectly puts it, “harsh but fair but harsh.”  Congratulations to Eric Reehl, Brendan O’Hare, Michael Loughlin, and Matthew Murray, and big thanks to Last Man Standing author and Whatnaut Brian Ruckley for making it possible for us to share the love (no matter how belatedly). 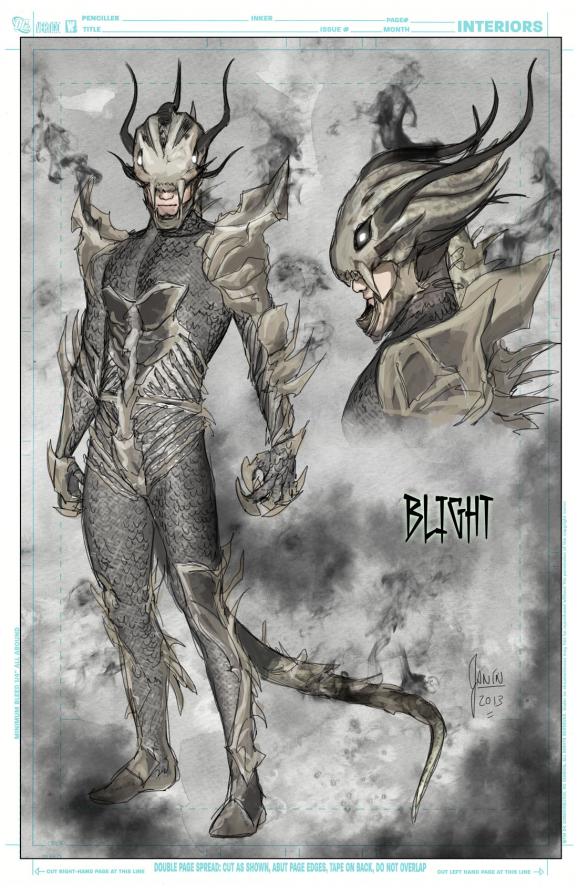 10:29-36:13: Graeme has been catching up on a bunch of old comics recently and one of them is the collected edition of DC’s Forever Evil spinoffs, and tells us about Forever Evil: Blight, a sixteen issue sub-event that starts out great and then burned through so much of Graeme’s good will, it’s kind of a shame. Also discussed: Alan Moore and American Gothic and John Constantine (and Bob and Carol and Ted and Alice); J.M. DeMatteis; DeMatteis’ run on Defenders and Captain America; Ray Fawkes; shout outs to Jesus; Jamie Delano’s Hellblazer run; Gary Seven; the Star Trek: Vanguard

series; and the phrase “come through my magical portal!” which Graeme says with such panache it really does deserve to become its own meme.

36:13-46:33: Also read by Graeme: five or so collections of New 52’s Suicide Squad, with runs by Adam Glass, Ales Kot, and Matt Kindt on writing.  Also discussed:  the Ostrander Suicide Squad run; Charles Soule’s Thunderbolts; Thunderbolts as being overdue for a big Marvel Unlimited readthrough on Jeff’s part; Warren Ellis as muse of Marvel Comics; and an appearance by everyone’s favorite set of barking dogs, Ernie and Gus!
46:33-1:23:28:  Continued from above, but perhaps worth breaking into its own time-stamp, we talk about the idea of Marvel as a particularly American narrative, and the influence of British writers like Millar and Ellis on that narrative; Marvel’s purported distrust of The Man and its not-so-secret love of The Man; the one story Marvel can’t stop telling about SHIELD; Captain America: The Winter Soldier and the direction of the Marvel universe; the Original Sin event from Marvel (with spoilers for the final issue); Comparisons to Identity Crisis by Brad Meltzer and Rags Morales; head-scratching about what events from are “successful” and what do we mean by success, anyway?; and us talking about AXIS, Battle of the Atom, Superman: Doomed, and of course much more. 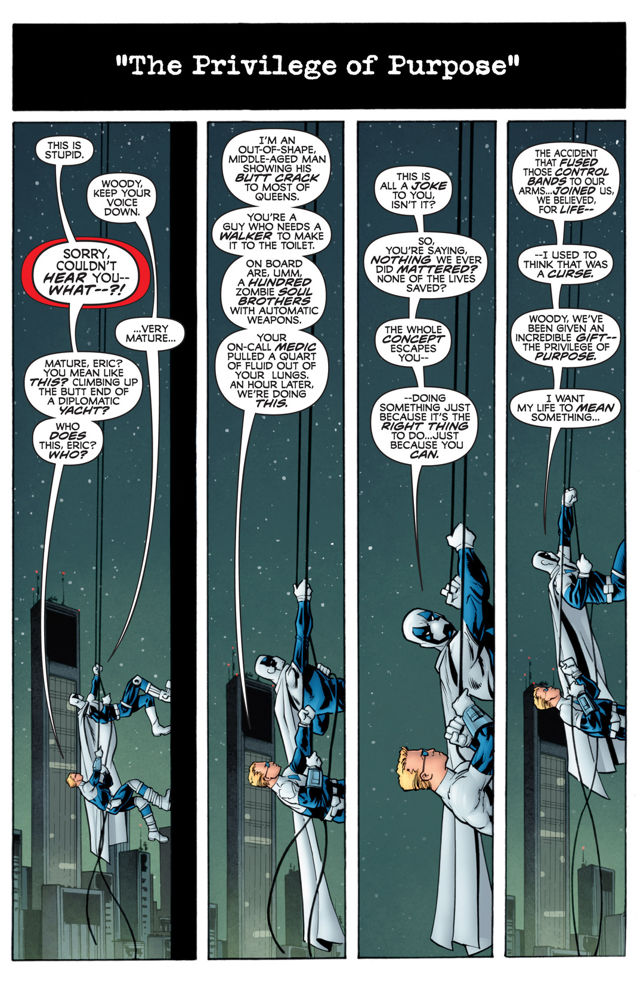 1:23:28-1:27:31: “We’ve gone horribly off-topic; how did we even get onto this?” Unsure, we turn to another set of comics Graeme tackled this week: Valiant, which Graeme especially enjoys when tackling in big chunks, as he did with Rai and Q2: The Return of Quantum and Woody, as well as new titles like Imperium and Ivar, Time Walker.
1:27:31-1:34:59: More recommendations from Graeme? “Get the fuck back into 2000 A.D.,” he advises Jeff (or perhaps it’s an oblique exorcism ritual? I didn’t realize Graeme had caught on to the fact that I was 2-D Prog demon made flesh!). And people in the U.K. he tells to go get the Judge Dredd Mega Collection by being published every fortnight by Hachette; finally, for all of us with access to a Kindle or a Kindle app, he exhorts us to purchase the omnibus of Judge Dredd: Year One novellas

by Mike Carroll, Matt Smith, and Al Ewing.  So pushy, that Graeme McMillian fellow!
1:34:59-1:46:52: And, on the subject of 2000 A.D., Jeff finally got around to reading Zenith: Phase One by Grant Morrison and Steve Yeowell. So we talk about Morrison from way, way, way back in the day, what he’s doing then and what he’s doing now (such as Nameless #2 by G-Mo and Chris Burnham). 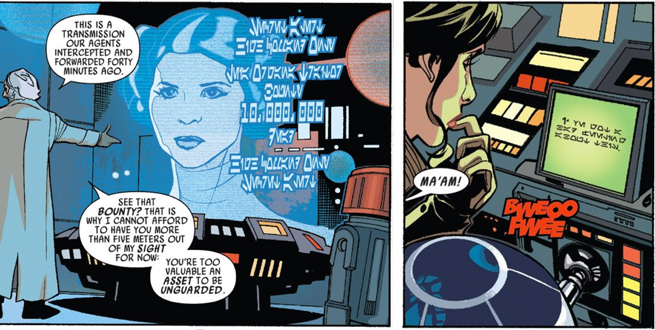 1:46:52-1:51:55:  Jeff bought and read Princess Leia #1 by Mark Waid and Terry and Rachel Dodson and has a lot of ambivalent feelings about it (and Star Wars in general).  Listen here to find out why! (Ha, and I said Graeme was pushy.)
1:51:55-1:57:28:  Jeff also wanted to talk about Grayson #8 by Tom King, Tim Seeley, and Mikel Janin; and Scooby-Doo Team-Up #9 by Sholly Fisch and Dario Brizuela.
1:57:28-end: Shop talk! We got great feedback for our discussion on the last podcast about the first half-dozen issues of the Legion: Five Years Later.  We also wring our hands over our pace on Baxter Building, our FF readthrough podcast (protip: read issues #25-36 plus Annual #2, if you want to be prepped for our next ep!), and politely insist everyone to check out the revivified House to Astonish!  [link:  ]
and then it’s on to our closing comments! Against The Tote Bag! Places to look for us at—Stitcher! Itunes! Twitter! Tumblr! and, of course, on Patreon where, as of this count, 95 patrons make this whole thing possible.

Remember, if you do not like our audio player (and many of you do not), and you don’t like retrieving our podcast from the RSS feed or what have you, check out the very first comment for a plain text link for you to copy and paste freely!  As mentioned above, we will be back next week with Episode 3 of Baxter Building.  So if you excuse me, I have some crazy-ass Kirby/Lee comics to attend to…but, as always, thank you for listening!