Previously on Baxter Building: The super-team that defined the 1960s has reached the 1990s, and it’s not necessarily the best combination; Tom DeFalco and Paul Ryan are trying to bring Marvel’s First Family up to date, and the results so far have been… mixed. Sue Richards has accepted her dark side, Malice! Johnny Storm is maybe okay with murder as long as he can pretend this he’s killing aren’t really human! Reed Richards is… really dull! Comics! 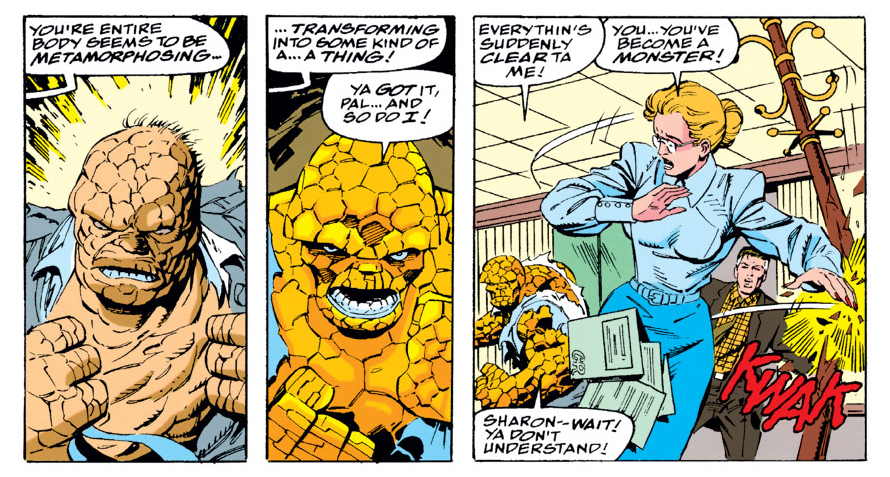 0:00:00-0:16:25: A surprisingly long cold open sees Jeff and I discuss the consistency of these issues and my overall dislike for them, but Jeff has a more positive view and sees value in their attempt to do something different with the formula, and then I introduce what I thought we were going to be covering this episode, before I ended up chopping it in two. What we’re really covering in this episode is Fantastic Four #s 371-375. 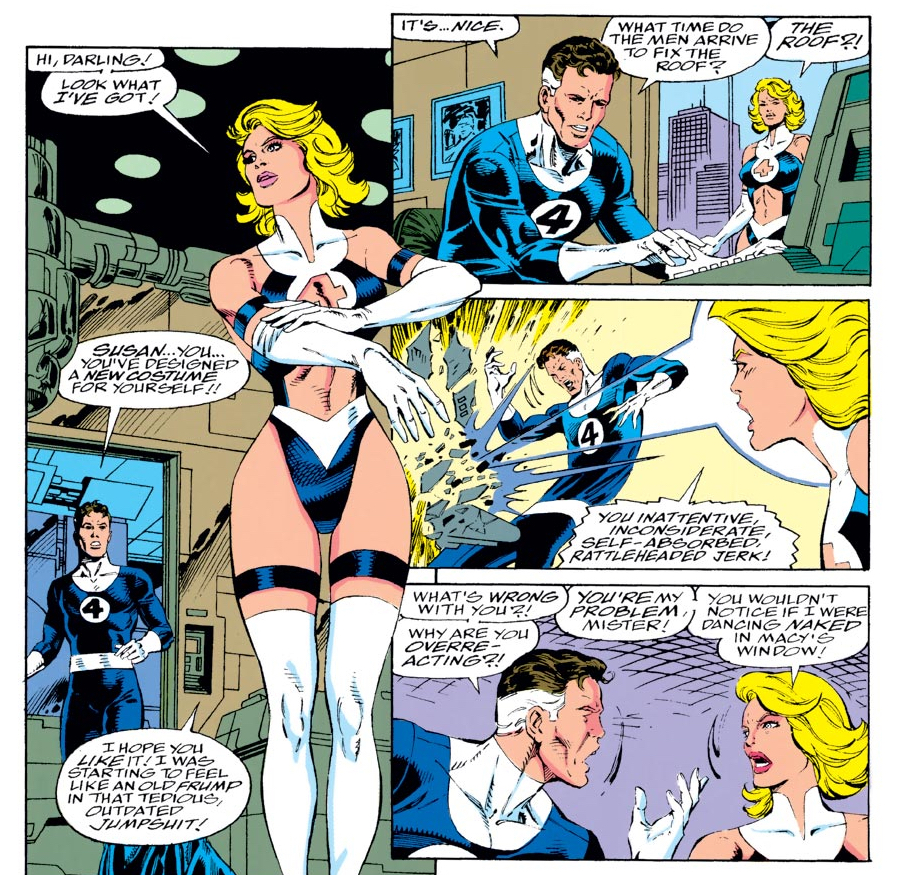 0:16:26-0:33:59: One of the most surprising things we talk about in regards to Fantastic Four #371 is the debt these issues owe Steve Englehart and his run on the title — and how it repays that debt. There’s a lot of debt to be repaid, as we also talk about the influence of X-Men comics on these issues, and the ghost of 1970s comic book feminism on show with regards to Sue Richards, who debuts her infamous 1990s costume here and doesn’t take Kindly to anyone who isn’t an immediate fan. Is it just me, or has Sue gotten… colder…? 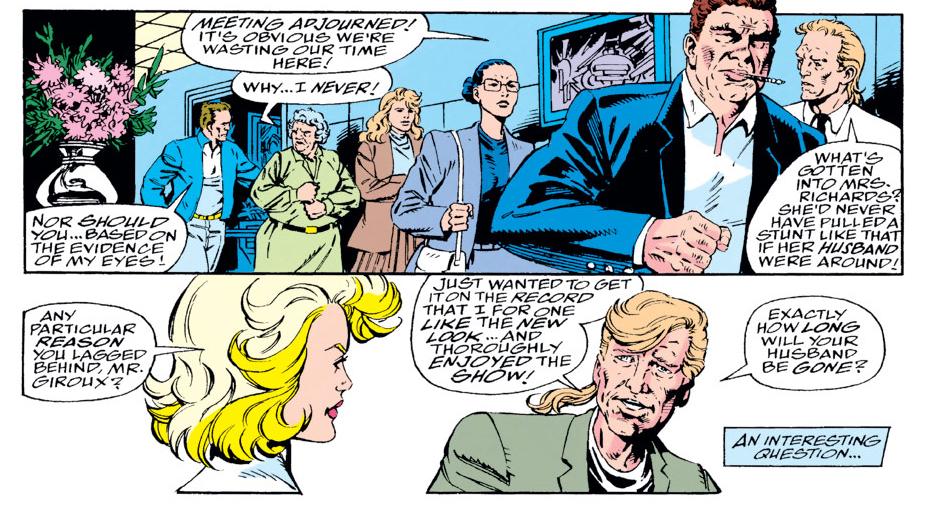 0:34:00-0:47:20: So much happens in FF #372, but also, very little actually happens, leading us into a discussion of the way in which the entire comic book feels like subplot this time around. (Also touched upon: How Walt Simonson and, to a lesser extent, John Byrne, handled subplots in their FF runs.) More importantly for everyone, Jeff has a theory about whether or not a fight between the Molecule Man and Aron the Watcher is actually about Jim Shooter, and it’s maybe the highlight of the episode. All this, and me misremembering the name of one of the classic Byrne FF stories! But, hey, we’ll always have Code: Blue! (If you’re wondering who that is, you’re right.) 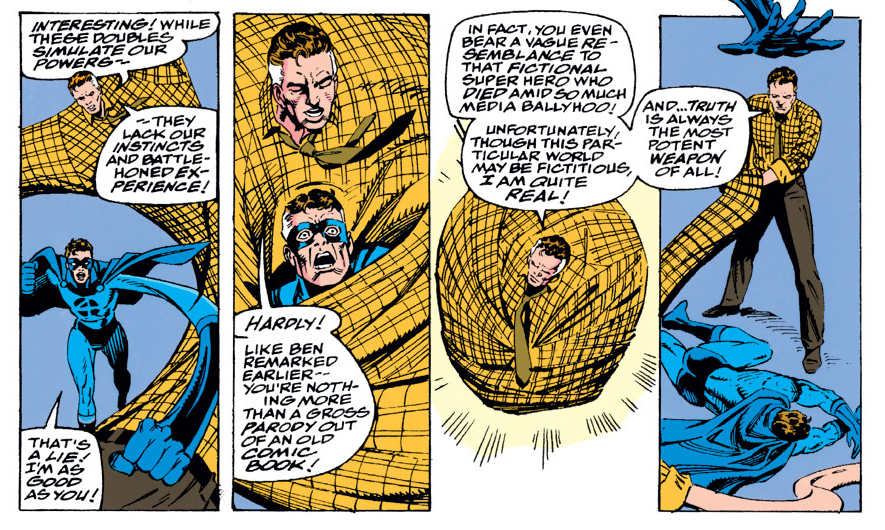 0:47:21-1:04:22: Technically, Fantastic Four #373 is — as Jeff puts it — “arguably a comic with three different action scenes at once,” and yet somehow it feels overwhelmingly dull despite that. Once again, the pacing — and seeming lack of ability to find focus in one particular plot, instead giving pretty much equal emphasis to all of them — is to blame, but the issue isn’t a complete loss, as Jeff attempts to blow my mind by sharing his working theory about how Tom DeFalco views auteurism and its place in comic books. Worryingly, I pretty much agree with him that he’s onto something. Meanwhile, what is happening with Franklin? 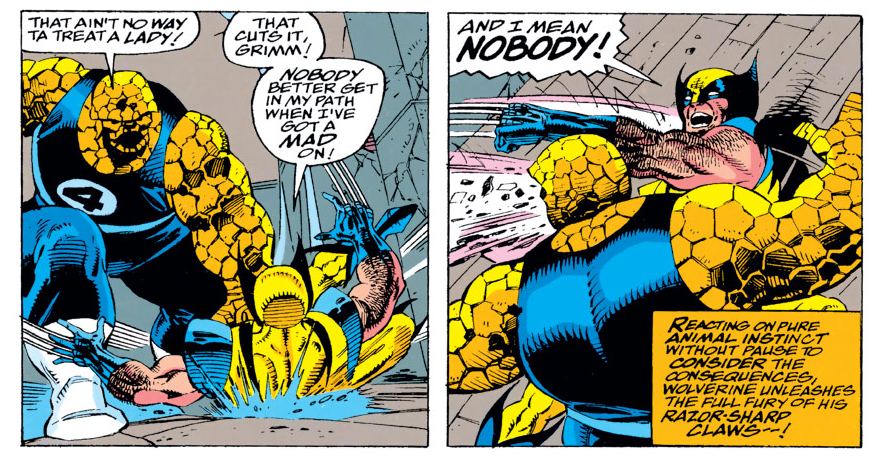 1:04:23-1:17:03: For fans of guest-stars, FF #374 is the motherlode, featuring Spider-Man, Wolverine, Ghost Rider and the Hulk — that’s right, the so-called “New Fantastic Four” — as well as special guest star and spectral presence Doctor Strange, as they all try and hunt down fugitive from justice Johnny Storm. The end result isn’t something that works out particularly well for Ben Grimm, but really: Does anything work well for Ben? Meanwhile, Jeff coins the term “Frangry,” we talk about metaphorical castration as it related to Benjamin J. Grimm, and the idea of an insincere Image Comics inspiration. 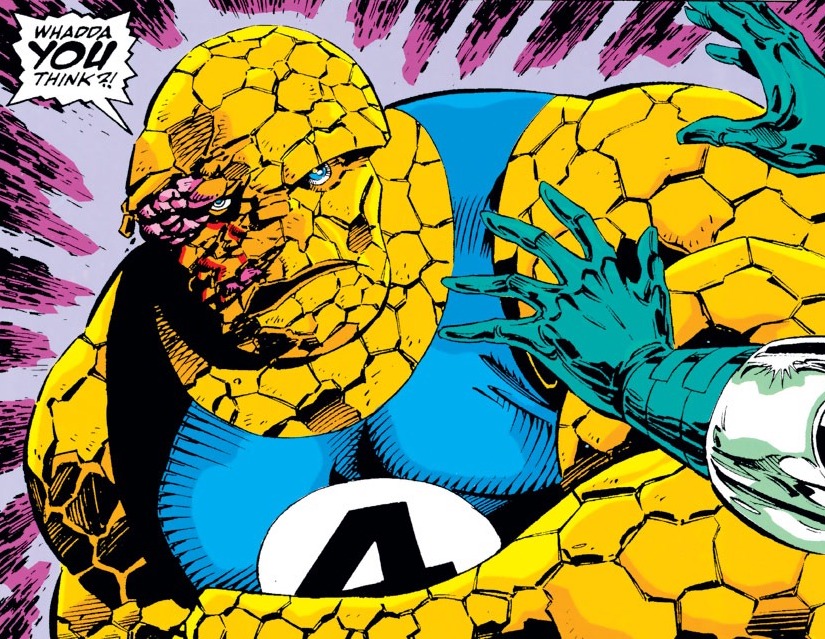 1:17:04-1:36:57: Sure, Fantastic Four #375 is astonishingly underwhelming despite the prismatic cover, and yes, our discussion about Tom DeFalco and Paul Ryan working at cross purposes does at least result in Jeff’s alternate (and far superior) reading about what could be happening in the comic, and, okay, I also share the one benefit of story gains from being nonsense, but there’s really one very important thing everyone can learn from this issue, and that’s this: It contains what might be the worst lawyer in comic book history, or at least, the worst legal decision. Who says this isn’t the Mighty Marvel Age of Legal Decisions, effendi?!? Excelsior! 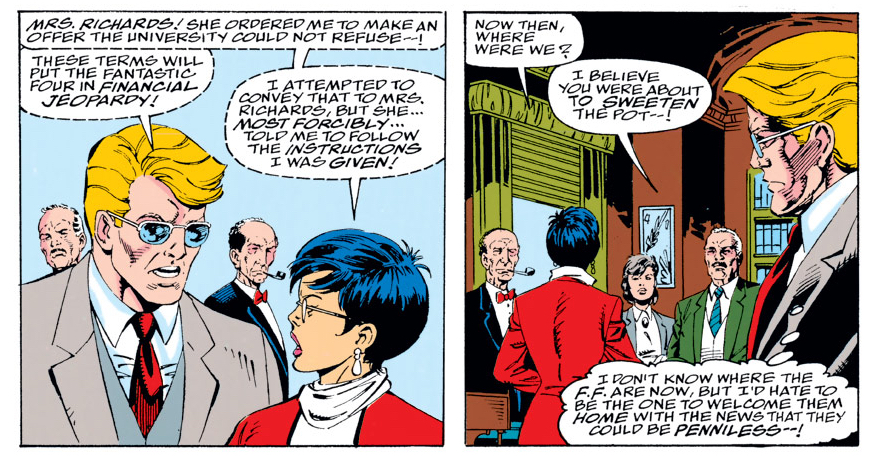 1:36:58-end: I step in as external force to bring this episode to an early end, and in doing so, don’t remind listeners that we have Twitter, Instagram and Tumblr accounts, never mind the Patreon that makes this all so possible. See what you get for waiting for the show notes, even if they are very late for reasons outside my control…? (Really, though; thanks for the wait.)

2 comments on “Baxter Building Ep. 44: “What’s Wrong With You? Why Are You Overreacting?””